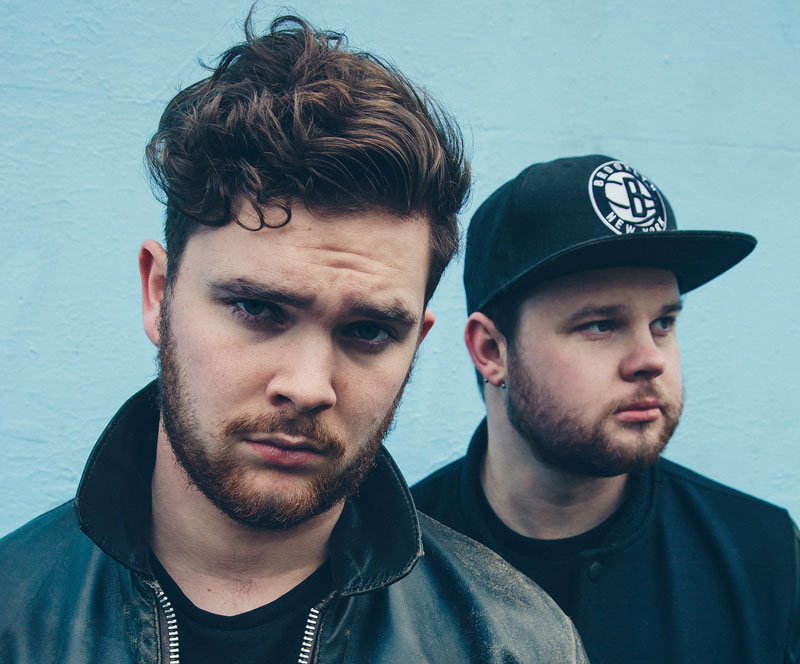 Royal Blood are fast becoming one of the UK’s most exciting acts! Hailing from Brighton, the duo’s abrasive bluesy-rock has won comparisons to The Black Keys, The White Stripes and Queens of the Stone Age. The BBC Sound of 2014 nominees look set to win a legion of fans with their headline tour and highly-anticipated debut album. We spoke to drummer Ben Thatcher about the tour, their debut album and Meg White d#%k comparisons!

Hi Ben – how are you? Enjoying some time off before the tour starts?

The tour starts February 13th. What can people expect from the gigs? Obviously they’re going to be well rehearsed…

It sounds like you’re trying to describe sex? We’re talking about the tour!

(Laughs) Oh, the tour? Probably the same, I think it’s just gonna be a good time for all.

You’re also playing on the NME Awards Tour [which is headlined by Interpol]. Do you prefer headlining or playing as a support act?

This is our first headline tour so I can’t really answer that until probably after the tour (laughs). They’re both different and have different things about them. I think we’re gonna enjoy both exactly the same. It’s good to have your own fans come and watch you but it’s also nice to play to people who have never heard you before.

You’ve been described as ‘borderline OCD’ whilst Mike [Kerr, the band’s vocalist/bassist] is described as more chaotic. This begs the question, how are you going to cope with each other within those confined tour spaces?

Ah well, opposites attract in this situation. He knows how OCD I am and he’s very accommodating to my needs, which I am to him – we meet in the middle.

Reading/Leeds announced you’ll be playing this year’s festival, alongside your friends the Arctic Monkeys. Can we expect an impromptu super group performance?

Umm…no! I wouldn’t expect that but who knows?

Have you got any other festivals lined up for the summer?

I believe we have – I’m not sure what’s been announced yet. However, I think we have a few more to confirm but they’ll be announced when they’re announced (laughs).

‘Little Monster’ is your second single. Tell us a little about the track?

Yeah, it’s the second single. It’s a little bit more radio friendly than ‘Out Of The Black’ [the band’s previous single]. It’s just a good tune and a good progression of what you can expect from us. We’re proud of it and it will be great letting people hear it and playing it at gigs.

How much of the debut album have you completed?

We’re almost there! I’d say we’re 90% done and we’ve just got a few more bits to do. It will probably be finalised around April. We’re just making sure all the songs are on there that we wanted and we’ll see where it goes from there…

You said that as band you’re fairly accommodating to each other – during the recording process were there any disagreements?

Not at all…I think we were both on the same page with it all. You always have your little things that you prefer but you meet in the middle and get something that you’re both into – so no scraps so far!

Which tracks from the album are you most excited for people to hear?

Definitely ‘Figure It Out’ which we released on our own, this time last year.  Also, a song called ‘Loose Change,’ I think people will dig.  It’s one of my favourites!

You’ve received some amazing comparisons to bands like The Black Keys and The White Stripes. Does that make you Royal Blood’s male equivalent of Meg White?

That is exactly it!

We thought you had a better beard…

Yeah and a smaller d#%k

Thanks for talking to us.

Full tour dates can be found below: