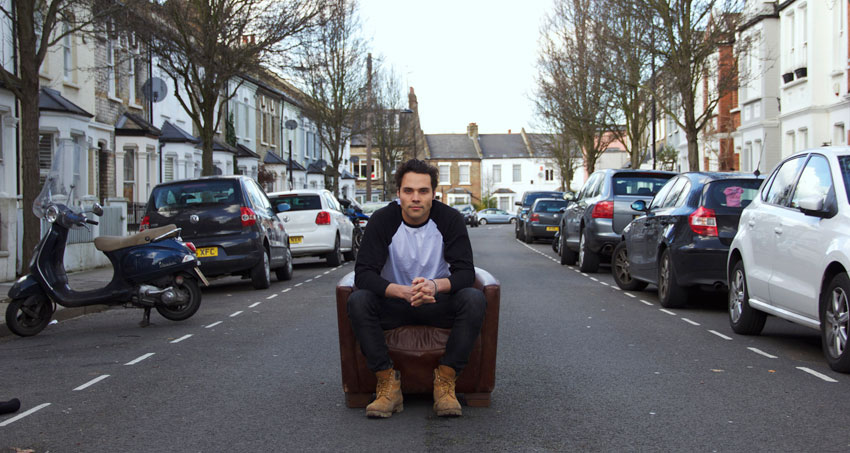 Andy Jordan (Made In Chelsea) Interview

Making the transition from reality TV to music isn’t easy – ask Nadia Almada, Jessica Wright and even White Dee! However, Made in Chelsea’s (MIC) Andy Jordan hopes to change all that. The MIC star has already completed a sold out mini tour and counts Elton John as a fan! We spoke with Andy about the new tour, a mystery ex and why he may not feature in MIC’s New York special!

You’ve released two songs so far [‘Whole Lot of Water’ and ‘We Don’t Care’]. What’s the reaction been like?

It’s been a pleasant surprise! I started it all as a bit of fun and just put it out on Twitter. The feedback’s been great and I couldn’t have asked for more. It’s quite a nerve-wracking thing – coming from a background of TV, people are looking to slate you. But, I think the fact that I’ve written my own music and play my own instruments has given me support.

We’d describe your music as quite ‘intense.’ Do you find the process of writing songs therapeutic?

Definitely! I actually had this conversation with somebody last night. Despite what you might have seen on TV, I’m not really someone that likes to talk about what’s going on in life. I’d rather just smile and get on with it. So, I definitely find that writing is a great way of letting stuff come out.

You’ve had some famous exes [Andy had a tumultuous relationship with MIC cast member Louise Thompson]. Have you ever written a song about an ex?

Yeah, I’ve written one about an ex and it’s coming out on the EP which is out in May.

Care to elaborate on which ex?

(Laughs) The ex in particular is not the one that you’re gonna think of!

Oh interesting! A mystery ex, we’ll have to do some detective work…

Yeah, it’s a mystery ex. I want to leave it like that because she’ll know that it’s about her when she hears the song.

You mentioned that fans can expect a new EP in May. Will the music be similar to what you’ve already released?

I think it’s a bit better, to be honest. The basic production and sound of it is better because it’s no longer a bedroom thing. Since everything was well-received, I’ve spent more time working on my music. I’ve written a lot more songs and I think the quality improves each time. I’m really excited to release the new stuff.

So you won’t be producing any acid house records just yet?

No! I definitely won’t be releasing any acid house. But, I might let someone remix the tracks.

Everyone keeps asking me about the style and the only thing that’s consistent is that every track starts with an acoustic guitar. However, I’m playing an electric guitar in one of the songs. That was really cool! In my head, I’ve always had the image of playing an electric guitar, but I didn’t think I’d be able to play one. I went to record with a guy called Ollie Green and he had one in the studio. He told me to try playing the song on the electric and it came out exactly how I wanted it to. When I’m on tour I’ll be playing the electric guitar, acoustic guitar and probably bass guitar too. It’s very cool to be able to play everything rather than having a backing track.

Ahh, I couldn’t possibly say – our music is really different. Caggie likes working with DJ’s. I think my music is more instrumental based as opposed to DJ-produced tracks. But, I think Caggie has a lovely voice.

MIC’s seventh series is starting soon. You’ve had a pretty rough ride the past few series. Will you be taking a backseat to the drama this time round?

(Laughs) I’d hope so! After the last series, I had it in my head that I was going to focus on my career and keep relationships second. So, I’ve spent a lot more time out of the whole relationship thing. I’m focusing on my music and clothing brand a lot more.

The cast will be heading to New York later this year – will you be making your way over to The Big Apple?

We’ve all obviously been told about it. Basically, I think that they’re finalising who goes pretty soon but nobody has got confirmation yet! It’s a difficult one for me because I’m touring slap bang in the middle of filming it. So, if I do go, I won’t be able to stay for the whole thing.

I actually do that quite often because my family live there. So, it really is home from home for me and that makes it kind of frustrating that they chose to do it in the middle of my tour. I’d have loved to play on stage there…

Yeah, how inconsiderate of them! Viewers of the show know what to expect now, so will anything truly surprise us?

Yeah, I think it will actually! There are the usual dramas but it doesn’t come from the usual people. Yeah, so I’ll leave it at that…

So, Miffy’s going to steal all the airtime then?

You’re touring all over the UK, this summer. Are you aware of how smelly tour buses can be in the heat?

Yeah, I know it’s pretty bad.  But, I reckon it was worst when we toured in December – the tour bus went down to like -3°C and at least in the summer I can sleep outside on the top of the bus or something.

You completed a sold-out mini tour in December. What can fans expect from the new run of shows?

The new run of shows will pretty much consist of all my own music. I’ll chuck in a couple of covers too. I’m not going to decide on the covers until closer to the time because I want to do songs that are really current – if songs are in the charts, it’s more fun for the audience. So, covers will probably be decided on the day of the gig.

So, there might be a different song every night?

There will definitely be a different song every night! It’s weird; I’m getting to that point now where I’ve written enough songs, that I need to start cutting my own tracks out.

Tickets on sale now priced £8 and £15 (VIP) (subject to per-ticket charge plus order processing fee) and are available from www.livenation.co.uk  or www.ticketmaster.co.uk