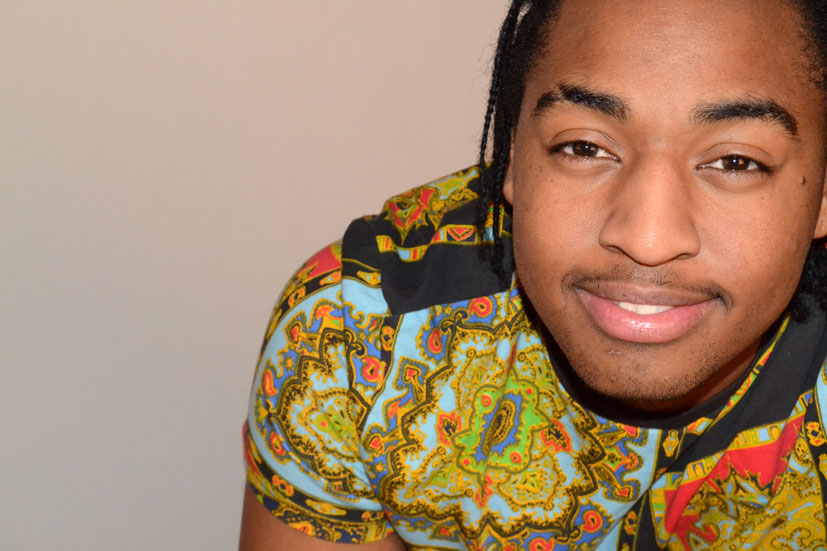 Vital challenges perceptions of what a UK Rap artist could be – sonically diverse, socially responsible and technically skilled. The MC has quickly risen to the forefront of Birmingham’s buzzing Urban music scene. However, his unique blend of Grime, Bashment, Dancehall and Pop looks set to infiltrate the mainstream in 2014 – having already received support from Radio 1Xtra’s DJ Target and Rinse FM.  SPG caught up with Vital to talk about music, working as a youth mentor and the issues UK Rap must overcome.

Congratulations on the release of your debut album! Why did you call it ‘Genre Conqueror’?

The title reflects the work I’ve done so far. I’ve worked across a range of genres – trying to master the lyrical and emotional quality of each. I pursue that until I feel that I’ve conquered each genre.

So when can we expect the jazz record?

Rap music is known for its use of feature artists and collaborations. You’ve mostly avoided that, why so?

I don’t like waiting on people – whenever I’m offered the chance to do a track or vice versa, it takes about a month to get it together. I can do a song in a day, so I don’t want to wait a month. When music becomes my only responsibility, then I’ll probably be more able to work within that kind of timeframe. At the moment, I’m not in the situation to wait for anyone and I don’t feel the need to.

The album is extremely diverse – drawing upon Bashment, R&B, Grime and Pop. Was this a conscious decision to steer your career into a more commercial area?

Not really…when I was doing Grime and Rap, everybody was doing it. Nobody was doing Dancehall or Bashment and so I thought that I could be the person to start making it, in the UK. I made tracks like ‘Wickedest’ and ‘Ting Tun Up’ and they blew up. I just wanted to be in my own lane, rather than jumping into everybody else’s.

You’ve said that ‘Celebrate’ is about the ‘typical black boy trap’ – what do you mean?

The song is about celebrating what I’ve done so far. I wanted people to understand that I did it without making complications for myself. I learnt from the mistakes of my Dad or my friends – some are dead, in jail or doing wrong on the streets. I watch them and learn from their mistakes. The track is basically is about the idea that anyone can do more – it’s about empowerment and celebrating that.

‘She Said It’s Okay’ discusses the loss of your Godmother and the remorse you felt not spending time with her – do you feel it’s important to tackle such taboos?

Of course! It’s not your typical Rap song and I want to continue making music about real issues. The amount of replies that I got from that song was so encouraging. I usually make fun tracks, so to tackle serious subjects can be hard. When I’m making a track like that, I really have to bare my soul but those are the tracks which truly touch people.

You gained a lot of attention from your appearances on P110 and Daily Duppy – how do you stand out in such a saturated market?

I try to put out songs that don’t sound or look too similar. For example, ‘Work For Nobody’ was the simplest video I’ve made. I recorded myself twice; once standing still and then moving. Following that, I overlapped the footage and added some effects – it’s simple but captivating. In contrast, a lot of other videos are just guys in hoods with their mates in the background. In my eyes, that’s dead unless it works with the song. If you’re singing about living the high life, why are you rapping with four mates in Dixy Chicken?

You’re clearly passionate about music – why did you bother studying for a degree?

I used to say that it was my backup plan, but as I’ve grown up I’ve realised it has nothing to do with that. I like to achieve and it’s as simple as that. If I had the time, I’d be doing a Masters but I’m so busy with music and recording videos. The amount of certificates I have at home is insane, I even have a folder full of certificates from primary school. The achievement is what feeds me.

Alongside music, you work as a youth mentor. What made you follow that path?

Again, it’s that idea of achieving something and sending a positive message to people. I try and share the values my Mom instilled in me – the importance of learning about the real world and respect. Knowledge is power, as they say and so it’s important to learn as much as you can. The more you learn, the more you can give back to the world.

Clearly, there is a conflict of interest in appealing to the streets and educators – has your style of music made it difficult working with young adults?

That’s a very good question! I am wary when I make songs; I consider whether kids can listen to them, if the answer is no then I usually don’t carry on. Usually the tracks work though, like ‘Ting Tun Up’ which appeals to everyone. If I play that song, a baby can be nodding its head whilst a youth dutty wines in the corner and my Nan likes it because she doesn’t understand a word.

What’s next for Vital?

I just want to continue improving in all areas – as an artist, videographer, mentor and a person. I’m going to keep breaking down boundaries and proving those who have tried to stick certain labels on me wrong. There’s a lot more to come!