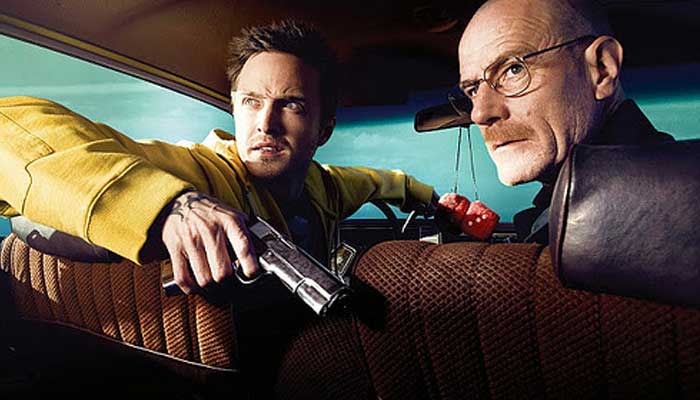 It all started back in the day with television drama “24”, and many series have come and gone over the years. But the most recent show to have captured the nation – and even David Cameron – is Breaking Bad.

You’ve got to admit it – we have all been there. You start watching one episode of a television series that your friend said was a had-to-watch…just to see what it’s like. What could possibly go wrong?

If the prime minister can watch it, so can I! So here we go, Season 1, Episode 1. With each episode being only 45 minutes to an hour long, it seems shorter than a film, and therefore a few episodes one rainy evening would be perfect.

Low and behold, 2 days down the line, and you have been unable to leave your sofa. Curtains are drawn cinema style, you stop replying to what’s app, you barely eat unless you can find something that takes 2 minutes in the microwave, and your routine ten minute shower suddenly only takes a record minute. If you have company, the lockdown seems less ridiculous, because at least there are two of you entering fantasy world. You become oblivious of the weather, it could still be raining, or there might have been a heat wave. Who cares?

It’s amazing how good the shows like Breaking Bad are. Hours and hours of acting, and such a detailed story line that gets you gripped from the start. Who would have thought a teacher could get himself into so much trouble in so little time? Without giving the story away to those who haven’t yet watched it, Walter White, a Chemistry tutor in his 50’s, discovers he has cancer and turns to making drugs – in a caravan – with his former college student Jessie Pinkman. Said like that, the whole thing seems completely implausible. But start watching it and you will see that plausible or not, you get hooked.

Coming out the other side, there are definitely some withdrawal symptoms to bear in mind. What will fill the gap? A void is created, a bit like a black hole. First, there are a few days of mourning, where nothing else will do. You can’t start over because you know the story line and there’s no surprise. And yet nothing on television seems as good as what you have just been watching. So you switch off the box altogether and try the real world.

Check your phone – yes you missed that amazing gig at the Student Union that you bought tickets for ages ago, yes you haven’t done your assignment that’s due in tomorrow, yes there is definitely no food left in the fridge, yes your non-Breaking Bad friends think you have gone into hibernation – in Spring of all things.

You leave the house to remedy the cabin fever you have just imposed on yourself. And you are walking along the street and…no…it can’t be… that looks like Hank the brother-in-law! Closer inspection reveals that you have brought Breaking Bad characters to your real-life world. The poor randomer with a bald head thinks he has just walked past a weirdo because you have been inadvertently staring at him for the last few minutes. Eh-hem, sorry I thought you were… No, better to say nothing!