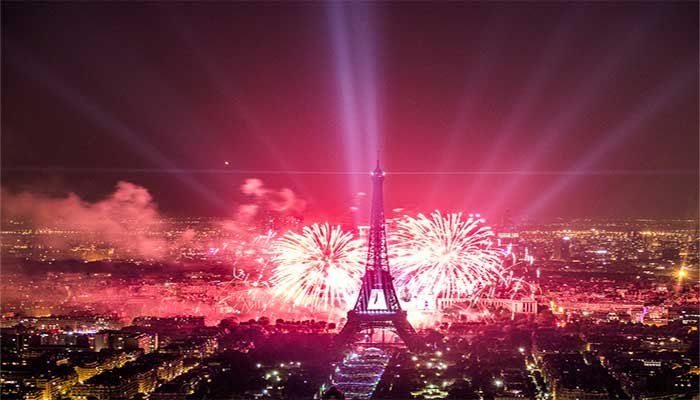 A Cheap Guide to Paris

A Cheap Guide to Paris | The Student Pocket Guide

Paris may be known as one of the most expensive cities in Europe but it can also be a chic, cheap break away for students.

Be smart with your travel

There are three main, affordable ways of travelling to Paris. With early booking, the Eurostar from St Pancras International is just £69 return, an affordable and rather comfortable way of travelling to Paris.  Ferries from the south coast also provide an interesting way of getting to Paris, and last, the MegaBus is the cheapest travel choice with one-way fares ranging from £1 to £40 from around the UK to Paris – what could be better?

Getting around Paris is simple, with Metro stations dotted all around Paris running roughly between 05:30 till 00:40 Sunday to Thursday and 05:30- 01.40 Fridays and Saturday and with the purchase of a carnet ticket (book of ten tickets) for around 13€ (20% off the usual fare), its cheap too!

The Batobus bus (water bus) can be a rather fun way of getting around especially in the Parisian sunshine. With eight stations at famous landmarks around Paris where you can hop on and off and at just 9euros for a student ticket it’s a must when visiting.

Search hard for your accommodation

Accommodation can often break the bank when travelling to Paris. However, there are little tricks to finding nice, affordable accommodation. The Montmartre area of Paris tends to be cheaper as it is a little out of the centre but not completely out of the way and there are a great selection of hip bars and eateries. Hostels are a great, cheap way to find accommodation in cities and meet other young travellers and many offer discounted food in their restaurant or ones nearby. ‘St Christopher’s Inn Canal’ for an example is a purpose build 300 bed hostel two Metro stops from ‘Gare du Nord’ with prices starting at £19 per night and ‘Smart Place Paris’ is another gem, situated in the heart of Paris just steps from Gare du Nord it is a unique place with a great social atmosphere to meet other travellers and at just £18 per night, you can’t lose.

Canal Saint Martin is the hipster place to be on a balmy summer night. Take some wine or beer and sit by the canal side with many other young people and soak up the atmosphere.

Most restaurants and bistros offer a menu de jour for lunch where you can get a set meal for a great price – cheaper and better restaurants tend to be off the main roads so just have a wander. As with accommodation, food and drink in the Montmartre area tends to be a little cheaper so it’s worth eating around there.

There are a great selection of bars around le Marais that normally have ‘happy hour’ between 5-8. The Oberkampf district for a cool night out is a must with a trendy Parisian crowd there are a number of bars and clubs to visit including a rock n’ roll bar and a ‘chic and trash’ theme nightclub where you are allow to take food inside – what could be better?

Paris offers an exciting selection of museums and art galleries for the culture vulture’s among you. Many of these are free for under 26 year olds which is perfect for you students! Some of these include The Louvre, Grand Palais Centre Pompidou and Musee d’Art Moderne.

Free first Sundays is a new concept where on the first Sunday of every month you can visit some of the most popular museums and monuments in Paris for free!

One of the best things to do in the city is to head to a park and watch the local life. For such a compact city, Paris has a lot of parks! Parc Andre Citroen is a fun, postmodern park where there are glasshouses, waterfalls, fountains and themed gardens with sounds and coloured plants. Jardin du Luxembourg is the second largest public park in Paris and is great to chill out in the summertime with a great atmosphere. Parc de la Villette is an 86 acre park and gardens which is on the edge of Paris, the entrance is free and in the summer you can watch movies for free, just take the line 5 metro to Porte de Pantin.

There are loads of festivals held in Paris, many of them free or cheap ticketed and always provide a true Parisian experience. There Is a cool Jazz festival held at Parc Floral de Paris the 8th-28th July 2014 and is just 5 euro per ticket. The European independent film festival held between April 4th-6th 2014 with screens 85 of the best independent films from 32 countries around the world and tickets are around 5 euro for a student. Two of the largest festivals are the 14th July Bastille Day where there are some of the liveliest festivities in Paris! There are fireworks by the river, shows and more and the summer arts festival which is a month long summer arts festival in Paris, which overtakes streets with mostly free dance, theatre, circus performances and music running between the 14th July and 11th August.