Given the increasing popularity of Wireless Festival in London, it was only a matter of time before the event branched out to other cities. This year the festival marked its tenth anniversary and celebrated by bringing the biggest and brightest stars in urban music to Birmingham.

The festival started rather gloomily, with Friday headliner Drake cancelling only twenty-four hours prior. Spirits were further dampened by persistent rain showers – reports are yet to confirm if these were produced by Drake’s tear ducts. 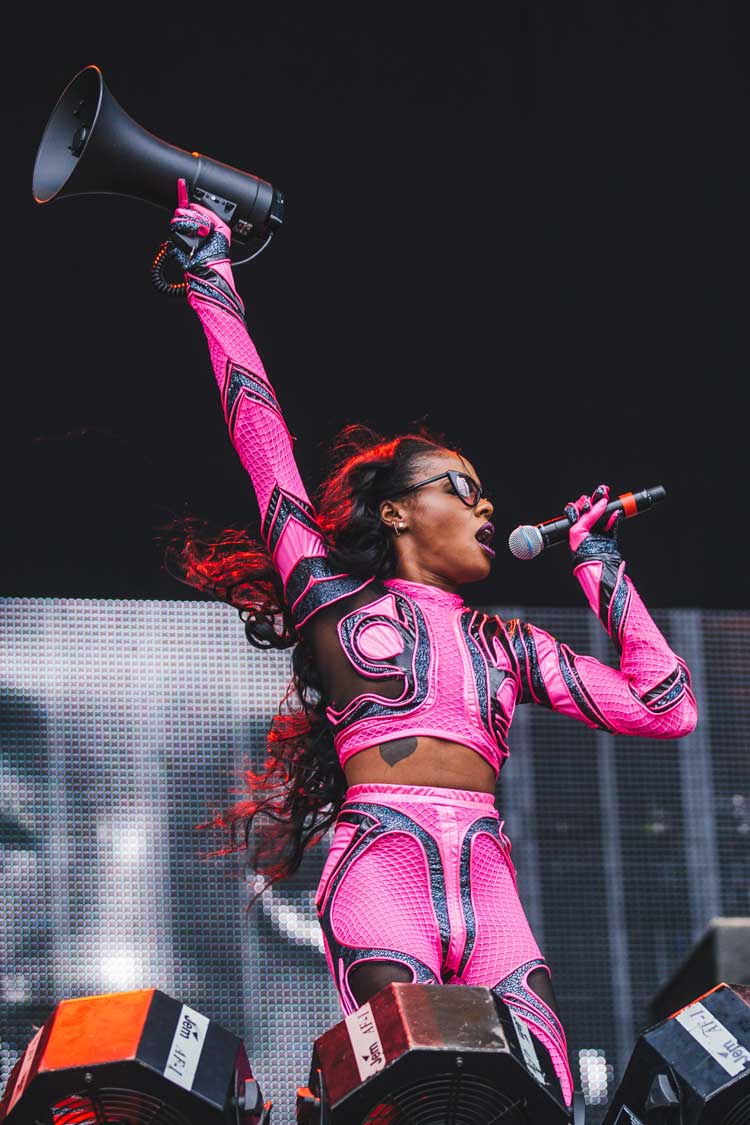 Next up, Labrinth led the Wireless crowd through a series of chart-topping hits – including ‘Earthquake,’ ‘Express Yourself’ and ‘Let the Sun Shine.’

Despite the short notice, Rudimental successfully delivered an extended set which saw hips swaying from VIP to the portaloos. In particular, Ella Eyre’s arrival was met with ear-shattering applause as her flawless vocals soared above Perry Park on ‘Waiting All Night.’ 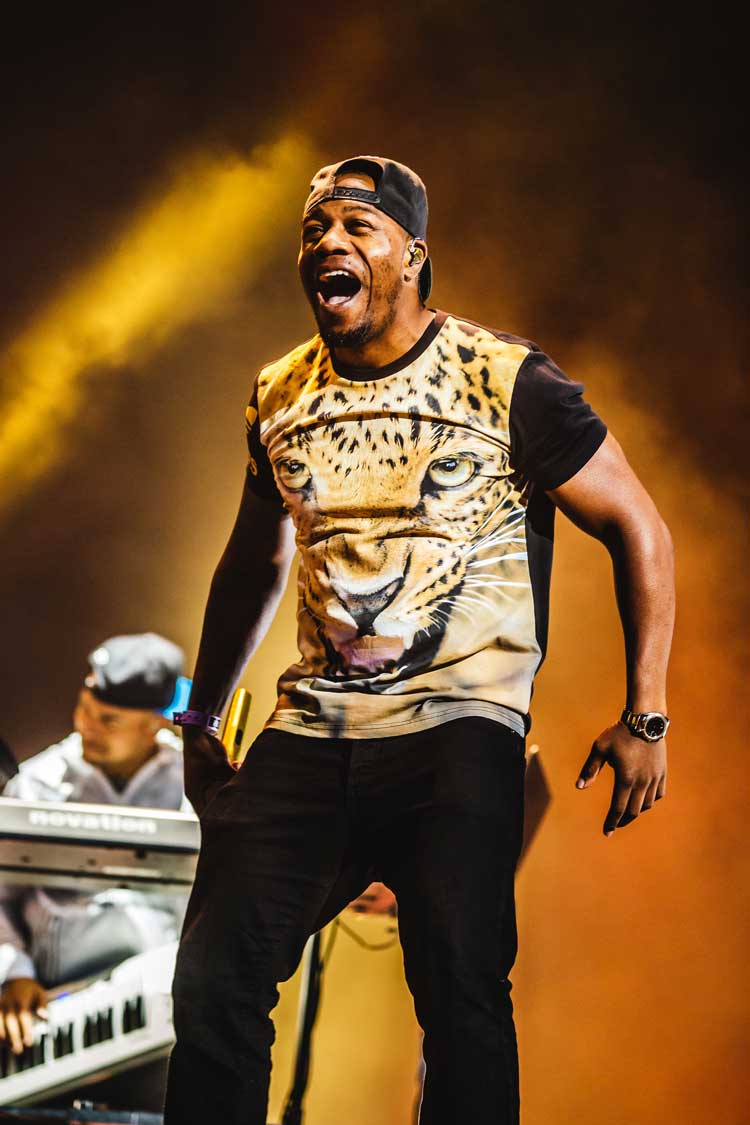 On Saturday, anticipation reached fever pitch as ‘Godfathers of Southern Hip Hop’ Outkast delivered a hit-laden set. The duo even invited a bevy of Birmingham beauties on-stage to shake it like a Polaroid picture during ‘Hey Ya.’ 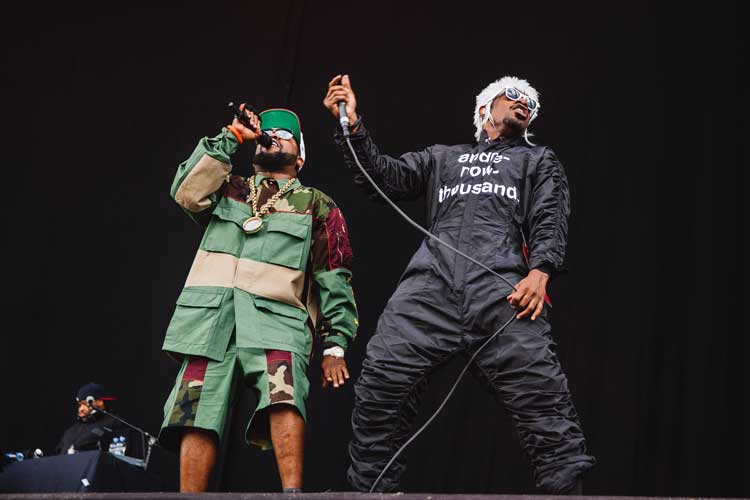 Elsewhere, Robin Thicke used his time at Wireless to blur the lines between his personal and professional life – discussing the failure of his marriage to Paula Patton, and dedicating single ‘Get Her Back’ to her.

Headliner Bruno Mars left the crowd on a high, as he stormed through favourites ‘Treasure,’ ‘Locked Out Of Heaven’ and ‘Runaway Baby.’ 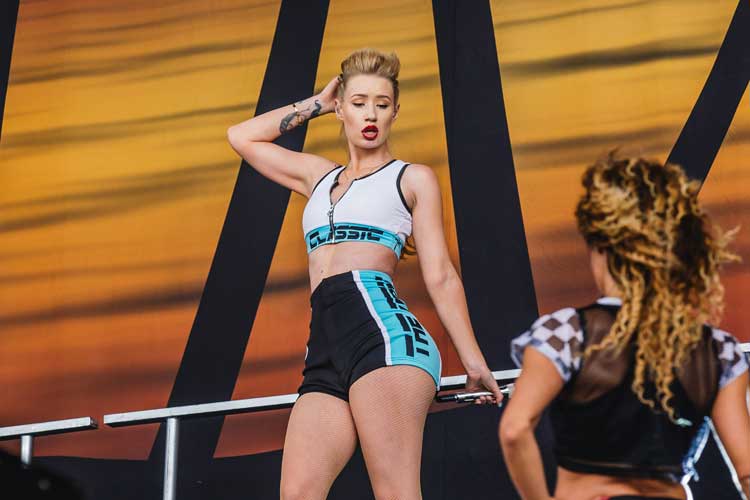 The final day was kicked off by Iggy Azalea; who brought people to their feet for ‘Beat Down’ and to their knees for fan-favourite ‘Pu$$y.’ The female MC finished by twerking her way through smash hit ‘Work.’

Next up, charismatic rapper Tinie Tempah performed tracks from his most recent album ‘Demonstration.’ However, the biggest reaction was saved for earlier hits ‘Frisky’ and ‘Pass Out.’ 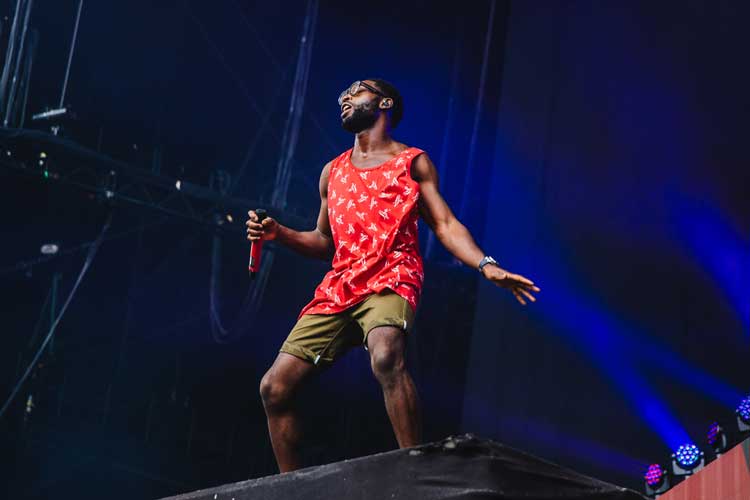 However, Sunday belonged to two of the biggest icons in Rap; Pharrell Williams and Kanye West.
Pharrell arrived on-stage to the delicious rift of Daft Punk’s ‘Lose Yourself To Dance.’ The breezy groove of ‘Marilyn Monroe’ and ‘Frontin’ soon followed – setting the tone for a set which saw thousands shimmy in the sun. 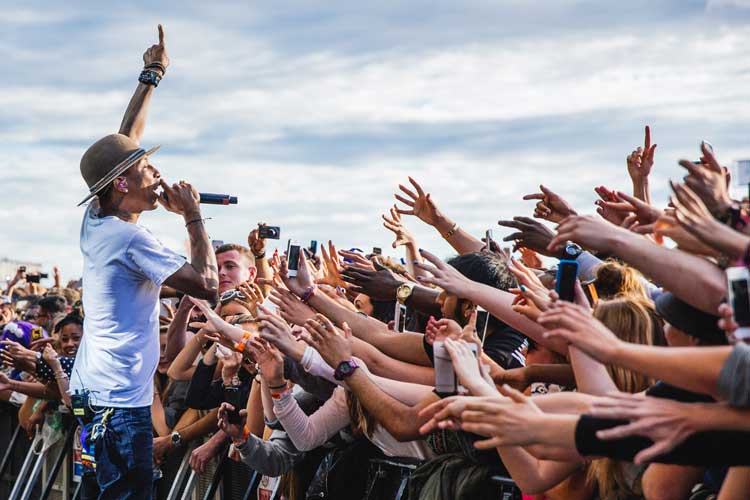 Backed by minimal staging, Kanye West arrived with his face covered by a bejewelled Maison Martin Margiela mask. The rapper prowled the stage ferociously as he performed tracks like ‘Black Skinhead,’ ‘Clique’ and ‘Power.’

Naturally, no Kanye West set would be complete without one of his infamous rants. Fortunately, Birmingham only listened to five minutes before Kanye provided a succession of hits – including ‘Jesus Walks,’ ‘All Fall Down’ and ‘Bound 2.’ 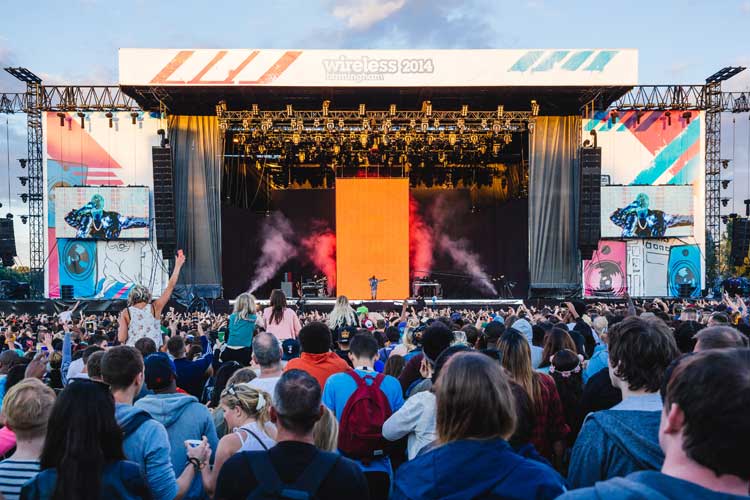 Wireless easily boasted one of the best line-ups this summer, and we will hopefully see the festival popping up in other cities next year!