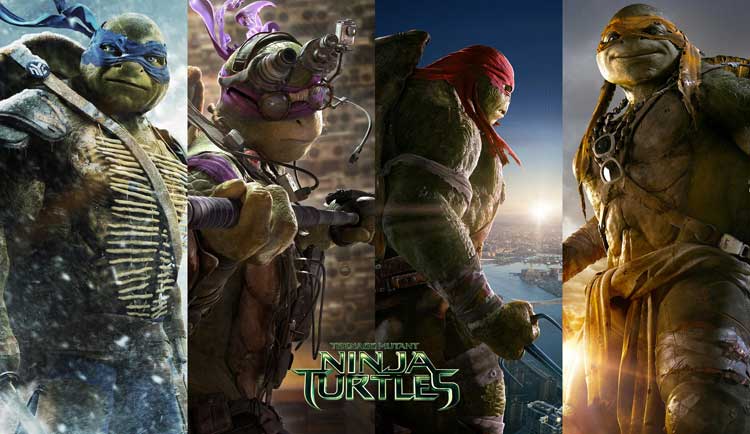 The latest film adaptation of Teenage Mutant Ninja Turtles is due to be released in UK cinemas later this year having already been released in the USA on the 8th of August.

90’s kids will remember the turtle foursome as pizza-loving Leonardo, Raphael, Donatello and Michelangelo. Not forgetting their mentor Splinter who leads them in the art of ‘Ninjitsu’. Director Johnathan Liebesman (of ‘Wrath Of The Titans’ & ‘The Texas Chainsaw Massacre’) has bought them into the 21st century, which will either delight or annoy you!

Megan Fox plays a reporter who has a very close connection to the turtles, who are being voiced by daredevil Johnny Knoxville (Leonardo), Alan Ritchson (Raphael), Noel Fisher (Michelangelo) and Jeremy Howard (Donatello). Splinter is voiced by Monk actor Tony Shalhoub, and we also see that Whoopi Goldberg has a part to play! There have been a lot of mixed reviews on the cast, especially Knoxville, but with a remake of such iconic comic book characters there is always a risk of upsetting someone out there as the film will not be quite as their childhood always imagined.

Check out the trailer below and tell us what you think: is it going to be a love it or hate it movie?

Teenage Mutant Ninja Turtles will be released in the UK on 17th October 2014. Cowabunga!