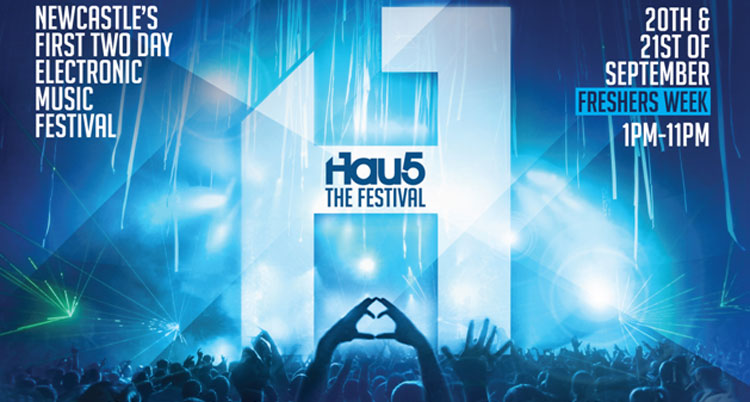 Hau5 has been one of the North’s most successful event brands since it exploded on the scene (literally, they have incredible fireworks and pyrotechnics at their events) in 2011. The idea being to provide more than a night out, it’s an experience. Now they have taken the next step, setting their sights on something much bigger than a night out…Hau5 -The Festival.

Hau5 – The Festival is a two day event being held on the weekend of 20th/21st September. Taking over Newcastle’s Metro Arena Courtyard, it is the only electronic music event the city has ever seen. With a crowd of 20,000 people set to descend on the festival over the weekend the atmosphere is guaranteed to electric.

The line-up consists of the very best DJs and acts that electronic music has to offer but still welcoming back the Hau5 resident DJs that everyone loves. A few acts that have been announced are Chase & Status, Sigma and Sub Focus. Stayed tuned as there are plenty more to come as well as some huge surprises for you!

Don’t miss out on this great festival… you can enter our competition to win tickets to Hau5 – The Festival here.