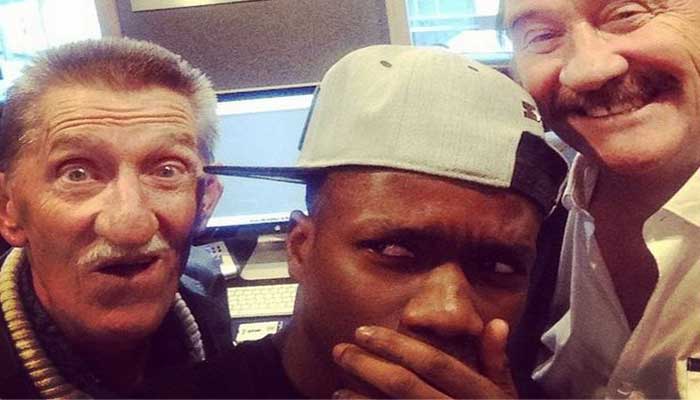 Tinchy Stryder And The Chuckle Brothers

The music industry has seen some unforgettable collaborations in the past, from Elton John and Tupac, to more recently Daft Punk and Pharrell Williams. It’s a way of combining musical talent and styles to create something unique. 2014 has seen the introduction of some amazing collaborations but Tinchy Stryder and The Chuckle Brothers is one we wasn’t expecting!

Having met on the show Celebrity Juice, an unexpected friendship occurred with Paul & Barry (The Chuckle Brothers) getting on like a house on fire with Tynchy Stryder. The result is this hilarious video for the song ‘To Me, To You’, no doubt homage to their infamous catchphrase. Since Stryder hasn’t released an album in over four years we’ve got an inkling that this is an effort to get him back on the music scene. All proceeds of the single going to the charity ACLT, which specialises in bone marrow and blood donations.