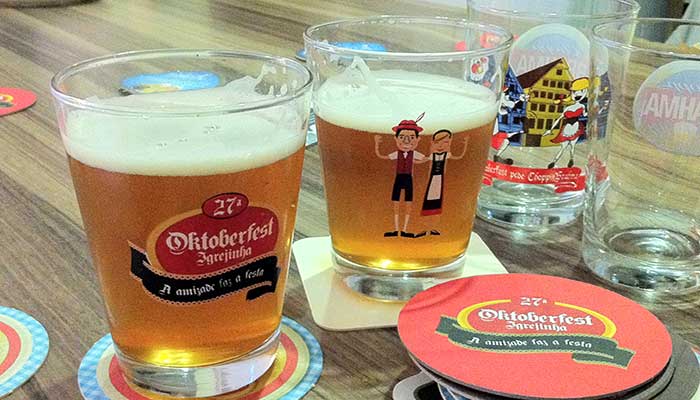 The Do’s And Don’ts Of Oktoberfest

The Do’s And Don’ts Of Oktoberfest by Sage Fitzpatrick

For those of you who aren’t familiar with Oktoberfest, it is a beer festival located in the German city of Munich. This year marked the 181st annual Oktoberfest and it was as spectacular as ever. There are certain things to watch out for if you plan to go, especially if you attend during one of it’s busiest times and that’s opening weekend. So for those thinking about attending next year, follow these simple do’s and don’ts to ensure that you make the most of your experience.

Do get there early. You’ll be surprised to know that you can’t amble up casually to a large beer tent on opening weekend at 11 am, expecting to get straight in and secure yourself a prime seat. The reality is waking up at 6:30 am and making your way to the queue as soon as you’re dressed, only to wait in line for a few hungry hours. But once you’ve got your table and received your first beer the wait will seem totally worth it.

Don’t smash a stein. When toasting (prost!) to what should be an amazing weekend, don’t get too carried away when bumping glasses. They’re made of pretty stern stuff, but they are still glass. If you smash a stein you’ll end up with a litre of beer all over yourself, as well as the possibility of getting kicked out by security. They’re not really tolerant of drunken glass smashers.

Do dress up. Men traditionally wear lederhosen, although you should know some men do embrace their feminine sides and opt for the dress instead. Women have the choice of wearing female lederhosen’s or a dirndl. Many people get into the spirit of the festival by dressing up in the traditional attire and it really does add to the experience of it all. Plus they make your photos look really interesting.

Don’t dance on tables. I know, this one is tough. When you’ve had a few too many steins, the idea of letting yourself go and dancing to the wonderful orchestra, on top of a table, sounds like an ingenious idea. In reality this is not the case. Dancing on the bench is fine. And yeah, sometimes you will see people standing on top of their table sculling a litre of beer and sometimes they will be allowed to stay in the tent. But for the most part dancing on top of tables will get you a one way ticket out of the tent and away from the drunken festivities.

And there you have it, a few small things to remember when you’re heading to Munich to enjoy next year’s Oktoberfest.