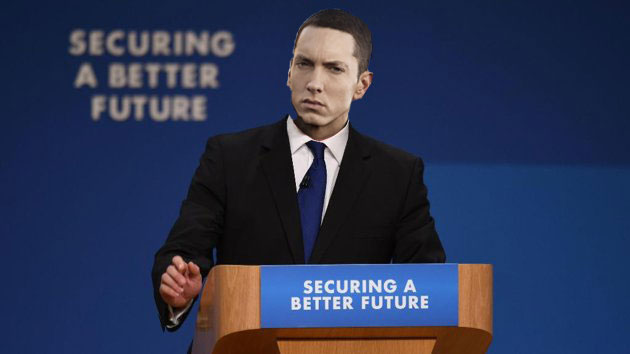 Here at SPG we like to steer clear of voicing any political opinion but yesterday saw the Conservative’s political party conference. It is something that all political party’s do and it’s basically a speech to outline what that party wants to do and how they will do it, in preparation for the election next may.

Now, this article is not about what Mr Cameron said or promised, this is about a brilliant mash up that YouTube sensation, Cassetteboy, released just after the speech. Cassetteboy’s channel is full of hilarious parody videos that take snippets of speeches like David Cameron’s and puts them over well known tracks. Dave is not the first politician to be mashed up, Barack Obama has a YouTube channel dedicated to his ‘dubs’, aptly named ‘Barackdubs’.

Watch the mash up of David Cameron vs Eminem below and see what you think!