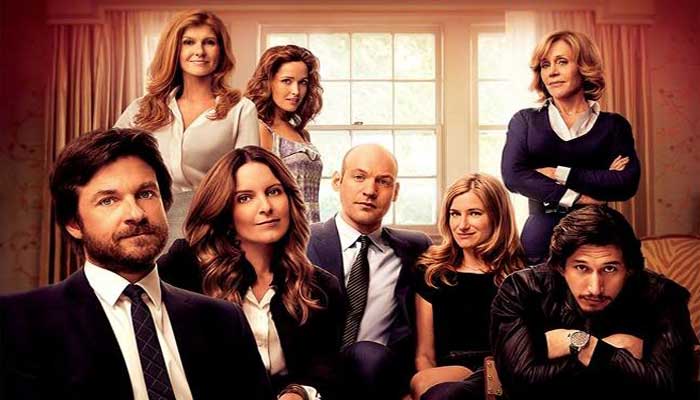 This Is Where I Leave You Film Review

This Is Where I Leave You – Film Review by Sarah Kay

Halloween celebrations were in full flow at the weekend, who was out trick or treating? After consuming loads of sweets  what’s better than being snuggled up in bed, watching a movie with a big bowl of popcorn?!

‘This Is Where I Leave You’ is a film about a dysfunctional family, who get together after many years, to pay respect to their deceased father by having a seven day long mourning period (according to Jewish traditions). During this time, secrets are uncovered, havoc is caused and most importantly the true meaning of family is understood.

The movie starts off with the main character, Judd (played by Jason Bateman), discovering that his wife has been cheating on him for the past year. This causes him to move out and ignore all social interaction. If things couldn’t get any worse, he then gets a call from his sister saying that their father has passed away. Soon enough, the whole family is gathered and that’s when things start to get a bit chaotic.

Whilst watching the movie, you do find that you can get mixed up with the different characters and also the plot itself. The majority of it was because there were quite a few characters thrown into the mix (understandable because it was about a family after all, right?) but then there was also very little back story given to each individual (except for Judd) so you only get accustomed to each of the family members towards the end of the movie, which was a bit disappointing because you don’t make a connection with any of them.

The movie itself is very funny and it’s great because it shows that the true meaning of family is to stick together no matter! The disputes between the family were relatable because despite the fact that Judd and his siblings argued a lot, they stuck together and supported each other during the rough patch. Also, the dialogues from their mother were hilarious and you find yourself turning the TV volume up a little just to hear her – she really steals the show!

Now, even though this movie was slow at times, it picked up its pace towards the end (where the majority of the action happened). Don’t let this put you off because sometimes you want to watch something that will take you on a roller coaster ride – to have moments of calm to give yourself a few minutes to understand the story and then frantic to get you interested and figure out where the movie was heading. If you’re in the mood to watch some real family drama with both heart-warming and depressing moments and are in no rush to have it end, then this is definitely the one to watch; although be prepared for both tears and giggles.