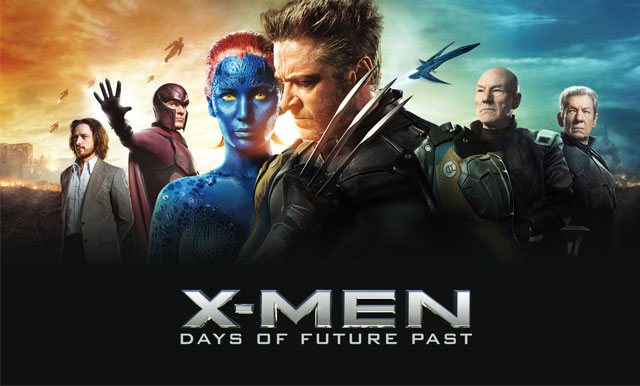 X Men Days of Future Past Review by Harrison Taylor

The latest film in the original Marvel/20th Fox film franchise has Bryan Singer (X-Men, X2 and Superman Return) returning to the helm. He is a director who knows the franchise well and that is obvious in the film’s first 15 minutes which were strong and set a good tone for the film.

The film also sees the return of a few X-Men legends – not seen in the last installment (X-Men: First Class) – like Huge Jackman, Patrick Stewart and Ian Mckellen. Stars of First Class also return with James Mcvoy, Michael Fassebender and Jennifer Lawrence all reprising their roles. Peter Dinklage will appear as a military scientist, which will please any fans of Games of Thrones.

So let’s get down to the plot! As you probably gather from the trailer, the film involves time travelling. Usually in action films time travelling is confusing and hinders the film but these potential flaws are quickly cleared up; you would have to be Cletus from the Simpsons to get confused by it. Wolverine (Jackman) must travel back to 1973 to prevent Mystic (Lawrence) from killing Bolivar Trask (Dinklage), who is building an army of mutant killing robots.

The film has got some great moments, particularly watch out for the ‘bullet time’ scene in the Pentagon. Drinklage really steals the show with this great performance as a charming yet chilling villain. It is better than anyone else seen in the franchise and he totally outshines everyone else in the film. Jackman is the same old chain smoking, claws machine and his knowledge of the future is quite comical in some scenes.

The problem the film has is that there are too many big names in it, and the film doesn’t give them all enough screen time. I thought the character Quicksliver was really interesting and I would have liked to have seen more of him.

The film isn’t going to revolutionise the superhero genre, but if you’ve watched previous installments, you’ll love it as it more of the same from the Marvel Universe. The film is a really good length and doesn’t allow itself to carry on for sake of it which some superhero movies are villains of!