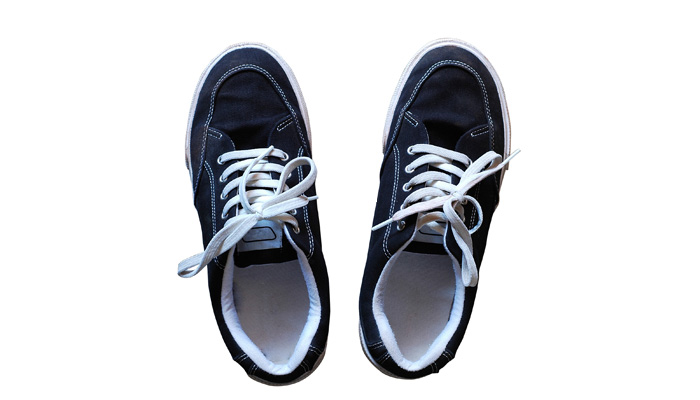 The trainer as we know it has changed drastically over the years. From heavy leather plimsolls in the 1800s, to the multiple different brands and celebrity endorsed sneakers we know today. How has the trainer evolved through the years to become such a huge part of fashion culture?

In the late 1800s a process was invented called Vulcanisation. This gave shoe developers the opportunity to blend fabric with rubber, making it possible to create the earliest forms of trainers. Rubber companies specialising in bike tires were the first to mass-produce trainers, which were originally called Keds. Due to the lightweight and comfortability of the shoes, trainers were eventually named Sneakers. The Converse Shoe Co. was the first to realise the sport benefits of the Sneaker when they created Converse All Stars, a trainer which radically changed the game of basketball.

Fast forward to the 1970s when trainers became an essential piece of footwear and were being used by footballers, runners and other athletes. Then came the 1980s, a decade which turned the trainer into much more than just a sports shoe. People started choosing them as their everyday footwear and celebrities started to be pictured wearing them regularly. The hip-hop scene embraced sneaker culture massively, with artists such as Run-DMC wearing the classic shell-toe Addidas trainers with no laces and artists such as The Ghetto Boys writing songs like ‘Read These Nikes’. Likewise, trainers were just as popular in basketball as they’d ever been. The first signature Michael Jordan shoe was released in 1985, one of the most popular trainers of all time. Apparently for every game in which Jordan wore the shoes he was fined $5000 due to the strict uniform rules of the NBA. Jordan continued to wear them however and this rebellious attitude made the trainer even more favored with fans.

Trainers have also been used to make strong statements in classic cult movies. Take for instance the yellow Onitsuka Tiger Tai Chi trainers worn by Uma Thurman’s character in ‘Kill Bill’, the same design which was worn by Bruce Lee in his film ‘Game of Death’.

Whether it be high-tops, slip-ons or skate trainers you like, it’s worth remembering the culture that has surrounded them through the years. If you like a classic pair of Converse, remember, they were a revolutionary shoe for basketball. If you’re a girl and are into high-tops, just think, they were originally developed in the 80s for aerobics.