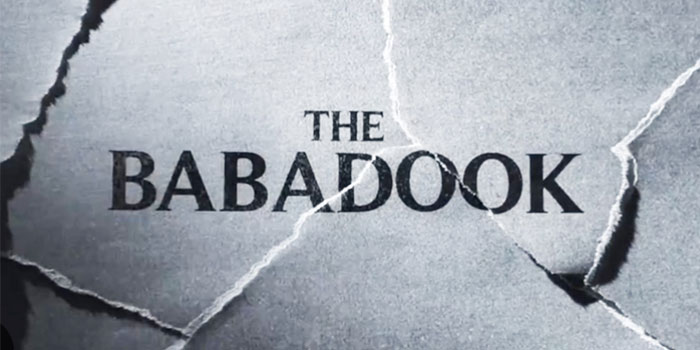 With winter here and the dark, gloomy days already upon us, it definitely makes you want to watch a movie to match your mood. The Babadook, an Australian horror movie, may sound like a comical monster but it is far from it…

The Babadook is based on a struggling mother, Amelia, who is unable to control her son and cope with the death of her husband. On one particular evening, her son , Samuel, chooses to read a bedtime story called ‘The Babadook’ which he starts to believe is a real being and causes him  to become very unsettled and violent which leads to Amelia sedating him. Once Samuel is asleep, Amelia finds herself coming face to face with The Babadook itself.

The character development in this movie was excellent and definitely gave a positive message to its audience. The way in which Amelia and her son go from a very miserable atmosphere at the beginning of the movie to a more positive outlook on life at the end of the movie was very interesting to watch. The superb acting skills acquired by the cast also added to the eerie atmosphere and the visual scenes where you could actually see the scenes go bleaker further fuelled the creepy feel of the movie.

The movie itself ran at a good pace and enabled its audience to understand and connect to the main characters. The symbolism of The Babadook was very clever and left the audience to decide whether Amelia had actually become a monster due to the grief and struggles she faced or whether there was an element of a supernatural being involved.

Even though this movie used a lot of similar concepts from other horror movies, it still managed to feel like a new idea. The special effects created a truly terrifying nightmare dressed in a top hat and trench coat which would scare anyone and leave them having nightmares about The Babadook.

Overall, this movie was a truly horrifying watch and even though there was not much blood and gore, it still had some great scares. The director/producer did an extraordinary job of entwining horror with humour which engaged the audience – it’s a movie which definitely sticks in your mind for a long time!