The fashion world has long been an advocate of celebrity collaborations for clothing lines, advertising and promo campaigns. In the wake of H&M’s much talked about partnership with designer Alexander Wang and the recent Chanel-Cara-Pharrell announcement, I thought it might be good to remember some fashion collaborations that didn’t receive such glowing reviews and those that we loved…

Global music domination wasn’t enough for Queen B, she wanted to take over the high street too, and in May 2013 she did just that. Launching a collection in high summer last year, the embellished bikinis and bodycon dresses found a place in many suitcases. 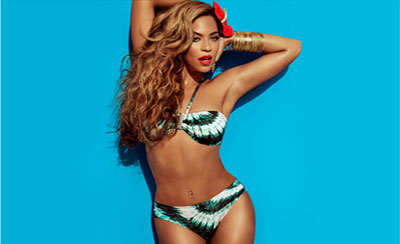 If I had to choose three celebrities I wouldn’t take fashion advice from, Tulisa would probably feature in the list. Don’t get me wrong, I love a bit of leather, animal print and other…statement trends, but on an item designed by a member of N-Dubz…Na. The collection titled TFB (The Female Boss) apparently earned the singer £1 million. 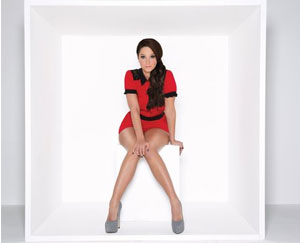 (Image: TFC by Tulisa for Bank)

Undoubtedly the most successful and popular collaboration in high street history, the super model teamed up with Sir Philip Green’s back in 2007 and returned for more this year. Some of the pieces were inspired by items Moss had worn in the past, hence the noticeably hefty price tag! 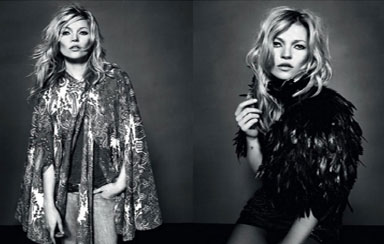 The pop princess unveiled her first range of clothing for River Island in February 2013 and found a number of celebrity fans ranging from Cara Delevingne and tennis ace Serena Williams. Despite choosing rather risqué items for her personal wardrobe, the Barbadian singer was bang on trend throughout all of her collaboration collections, raising the store’s profile outside of the UK. 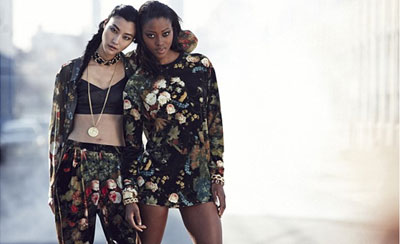 Inspired by 1950’s fashion, the model released her debut line for the high street giant in in 2012. Full of floral patterns, bows, halter necks and pastel colours,the range wasn’t one of my favourites and didn’t receive high praise from avid New Look shoppers. 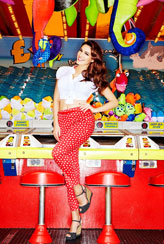 Love or hate her, you’ve got to admit she has an air of cool about her. Rita’s third collection for the classic sports brand arrived at the start of November and features sweatshirts, jackets, hoodies and footwear. Not to the taste of the masses, the bold colours and rose print pieces are refreshingly different, and according to Rita we’ll be seeing more of her designs next year. 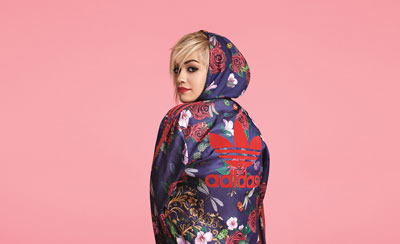