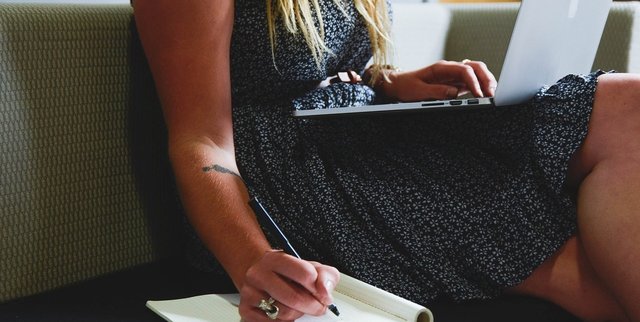 Do you think you could go on and work for yourself after you finish your university degree? Then you are not alone, student entrepreneurship has seen unprecedented growth in recent years, when combined with the bleak career outlook for graduates and the skills that students are learning through their degrees. If you think you have a business idea that can turn into a profitable business then check out these young entrepreneurs who could really inspire you.

Manchester University graduates Aden Levin and Rob Tominey founded their youth travel company, Mainstage Travel in 2011. They recognised that student and youth holidays weren’t represented in the travel sector, and they wanted to offer something different and affordable to young holidaymakers. Their brand, Takeover, offers clubbing holidays in Europe for as little as £120.00 and the pair are also behind, Snowboxx, the second largest ski festival in Europe.

Fast forward to 2014, Aden and Rob pitched their travel company to TV show Dragons Den, having been successful from the very start of their business, making a £50,000 profit in their first year, Dragon and CEO Piers Linney was quick to offer them a £100,000 investment which they accepted!

Winner of the Creative Entrepreneur of The Year Award at The Great British Entrepreneur Awards in 2014 for her business, Crafter’s Companion, Sara Davies has become quite a star in the crafting sector. Having founded the business in 2005 as part of her degree at the University of York’s Management School she now employs 60 people and has offices in the UK and the USA. Sara is often seen on shopping channels worldwide selling products to make paper crafting easy and simple, even for beginners. Crafter’s Companion has had unprecedented success with a new worth of £2.7 million in 2014.

Although Jamal Edwards didn’t go to university he is a real inspiration to young people in business. Having set up broadcasting company SBTV in 2006, Jamal Edwards has just been appointed an MBE in the New Year’s Honours list for his services to music, and at 24 Edwards is one of the youngest people to achieve this accolade.

Edwards initially set up his company to document the UK grime scene and the talents of himself and his friends. He only uploaded to YouTube because it was the only platform that was available at that time, and he wanted his friends online to view what he had filmed.

He has since worked with major stars like Dizzee Rascal, Ed Sheeran and Emelie Sande and counts legendary entrepreneur Sir Richard Branson as his mate. Jamal is also a Prince’s Trust Ambassador, which is a role, handed to those who inspire young individuals. Jamal is definitely someone that young entrepreneurs can look up to, he recognised a niche in the market and went for it, it’s surely paid off as it is estimated the youngster has a fortune worth more than £8 Million.

James Watt and Martin Dickie are the Owners and Co-Founders of craft beer and bar company BrewDog who met at Edinburgh University. Their dream was to make people as passionate about independent craft beer as they were. They founded the company in 2007 and have since expanded from selling crates off the back of their van, to producing tens of thousands of hectolitres of beer per year.

In 2013 James and Martin took their BrewDog success to the American TV Channel, Esquire. Their show ‘BrewDogs’ saw the two owners travel across America, tasting craft beers and creating their own beers inspired by the locals.

If you have your very own business idea, and are a young entrepreneur looking for funding and advice, the Scottish Institute for Enterprise helps students in Scotland start up their very own ventures. The website is a hub of entrepreneurial activity, with students able to access information about local events and competitions which you can enter.