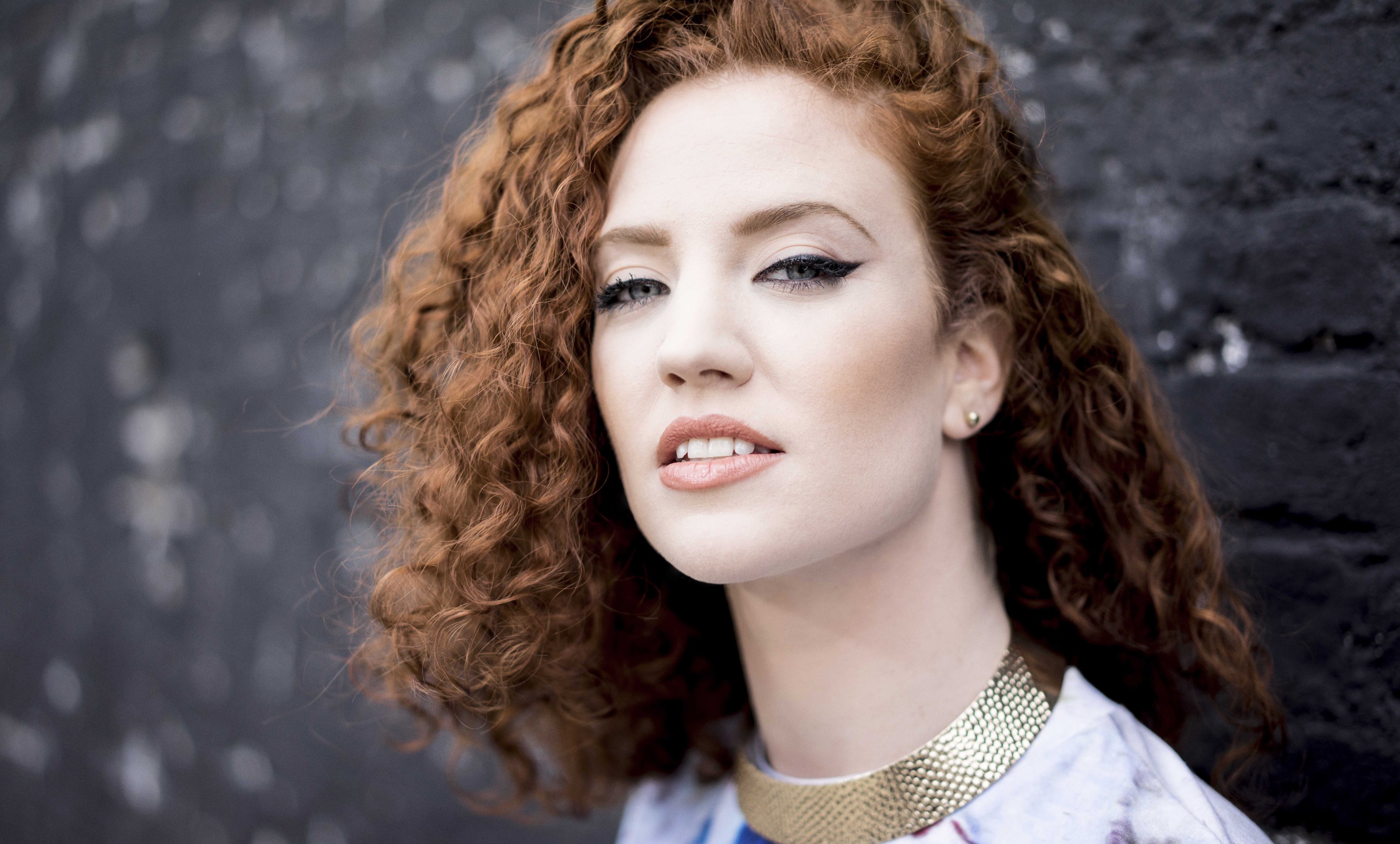 Singer-songwriter Jess Glynne has graced the airways with her soulful vocals for the majority of 2014. Now into a new year she is no longer best known for featuring on the Clean Bandit hit ‘Rather Be’, Jess has come into her own with the release of her debut album and many solo tracks. We caught up with her to chat about everything she’s been up to, from working with one of grime’s best producers to auditioning for The X Factor when she was 15!

Hi Jess, how are you?

What are you up to right now?
I’ve had a bit of a lazy day actually, got up quite late, had some food and I’m chilling on the tour bus right now.

After doing collaborations with Clean Bandit and Route 94 how did it feel to go it alone?
It was a good feeling! That is what I signed to a label for, to be able to do my own thing and going solo was always the plan I had in mind. It has felt right and been a really exciting time for me.

You’ve collaborated with them again for ‘Real Love’, was there anything you done differently when putting this track together?
I suppose the main difference was that this time I wrote part of the tune and I actually had involvement in creating it and putting the track together. Previously, when I was just the vocals I had less involvement because the track had already been planned out. It’s a totally different thing when you write a record; you tend to have a whole other connection to the track.

How did the collaboration with Clean Bandit come about?
It was just one of those things, we started the year off really nicely with ‘Rather Be’, and we had an amazing success with that and just thought it would be nice to do another joint single together. So we got in the studio and ‘Real Love’ came about so just thought why not release it.

‘Rather Be’ was the first song you sang on that you hadn’t written, have you ever turned down singing a song?
Before ‘Rather Be’ I’d never actually be asked to sing on a track I hadn’t written before, so that was the first time that had happened for me. There have been a few things I’ve said no to now but if a songs amazing and it’s something I can connect with then I’d happily do it again.

When writing an album, what is your writing process like?
I wouldn’t say I have a specific process it’s just what inner vibe I’m feeling at that time. Every song I write I always think about what makes me want to make music and what inspires me. What inspired me to make my album were all the records I used to listen to. I love Whitney Houston and Mariah Carey but also I love the beats on Kanye West’s records and what Frank Ocean does on his albums. It’s all the stuff I love and I’ve gone in the studio with this vibe and made something I love. I wanted an album that I could actually sit down and listen to in the car and feel proud of.

You say that you would want to sit in your car and listen to your album, when you have been out and about you must have heard some of your tracks. How does that feel?
It is such a strange feeling! I was out for dinner with my friends the other day and the song came on in the restaurant and it’s just so strange listening to your own voice whilst you’re trying to enjoy a burger.

You’ve tried your hand at both writing and singing music, what do you prefer?
I love them both as much as each other. I love performing songs that I’ve written but I also think the writing and the creative process are really just as important as performing. Performing is the good bit at the end.

Your song ‘Home’ has quite a soulful feel to it but was produced by Bless Beats who is a Grime producer, was that intentional?
No, not at all. It wasn’t intentional or anything, that song was written based on us all having a good day. It wasn’t my plan to get a grime producer or anything. It basically came about when I met Janee (Bennett, songwriter) and she introduced me to Bless, we had a session together and just from getting into a vibe and listening to other tracks as inspiration that song got written that day.

The video for ‘Home’ is like a stop motion film, a little bit psychedelic, was that what you were going for? What other ideas did you have for the video?
The idea for the ‘Home’ video was that I wanted it to be about a journey and what I like creatively. I don’t like typical videos. For example, the video for ‘Right Here’ is not my idea of an ideal video. The video for ‘Home’, I chose to do with my best friend and I just wanted to show a different side. The song for me had a few different meanings; it was about a journey and stuff I’ve been through. I didn’t want to make it too personal about me I wanted to make it open so that people could interpret it how they wanted.

We’ve read that unlike a lot of artists out there you didn’t do music at school do you think this has helped you or made it a little bit harder?
I don’t think it’s made it harder or easier, I just think all the knock backs I did get and all the reasons for not doing music just made me work harder and made me want to do what I really wanted to do. So, in that sense maybe it was a good thing.

With shows like Britain’s Got Talent and The X Factor so popular for finding talent what is your opinion of talent shows?
I think that they’re good fun and they give people a chance that not necessarily everybody else gets because the music industry isn’t the easiest one to get in to. At the same time I also find that it does make it difficult for artists like me who have worked really hard and really are trying to make it. You’ve got these artists that come in and they get their number one, they have their big successes and when there’s a 15 year old at number one and you’re a 25 year old who’s not at number one, yet your there doing many years of graft, there are times when it is a bit disheartening. Then again, talent is talent and it should be appreciated, there are a lot of people that don’t get the opportunity to not work and go at it with their music. Although I do have very mixed views on it, I have to say I sit and watch it and I like.

The best bit has got to be the first auditions!
I think I actually prefer watching the judges more than anything haha.

Have you ever thought of going on a talent show like that?
I did when I was 15! My auntie dragged me down to The X Factor and I met the producers, I ended up having a little falling out with them and just walking out, vowing never to do anything of the sort again.

You went travelling for a while, so for any students out there that may be a bit unsure about taking the travelling plunge, what advice have you got?
My advice would be to just go for it and don’t look back! It was the best thing I ever done, I learnt so much about myself and what I wanted to do with my life. There’s so much you learn about the world when you’re travelling. You see real places and real people that are less fortunate than you, it puts everything into perspective. It’s such an amazing experience, I couldn’t be more grateful that I had the chance to do it.

Have you got any funny stories from your travelling experience?
There’s was a lot of funny stuff that went down, people pooing and weeing themselves and being sick on themselves, a lot of things!

You have been so busy lately, what do you do to relax?
I just lie on my bed in dark, it’s so simple but it helps me chill out massively. I recommend it.

We’ve just seen in the New Year, what was your new year’s resolution?
My resolution was to get my new album out!

Thanks for chatting with us Jess! Good luck with everything, we’re looking forward to hearing much more from you.
Thanks guys!