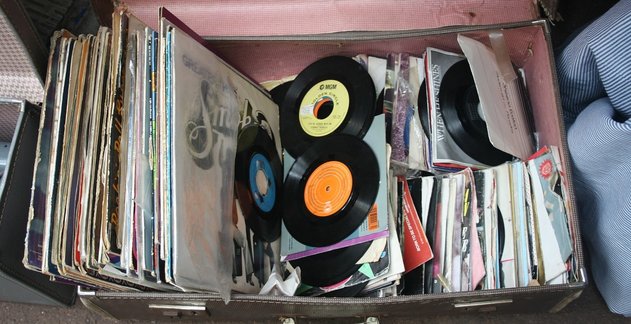 We love a bit of music here at The SPG and we like to enlighten you on new and exciting artists that are out there. We’ve done a bit of a roundup of the ones to watch in the music industry this 2015. Some, you may have heard gracing the airwaves at the end of 2014, some may be completely new to you but we’re expecting big things for them all this year!

21 year old Adam is a singer songwriter whose track ‘Ivory’ debuted on Radio 1 back in November 2014. Describing himself as a ‘multi-instrumentalist’ he plays guitar, piano, bass and drums. Having played a handful of gigs in the summer of 2014, he has built up a loyal fan base and caught the eye of some very influential people in the music industry.

Although they have won a Mercury Prize, not many people have heard of this Edinburgh trio. Young Fathers are a mix of Hip-Hop, Electronic and whatever else takes their fancy. They have said they don’t want to be tied down by a specific genre and want to make music that they really love. Their sound is truly unique, drawing on the many influences from their Scottish and African heritage. Their winning album ‘Dead’ sold just over 2000 copies (not a huge amount) but they are in the studio working on their second album, which again is sure to impress.

Jungle’s track ‘Busy Earnin’ is one you’ll probably be familiar with from 2014, as it was featured on the advert for the new Amazon Fire Phone. Its catchy rhythm is one you instantly want to download and dance to. Their sound is definitely NOT Jungle though, and can only be described as ‘Groove’, the vocals are soft but they make you feel good. You can tell they have Soul influences that have been made really modern. Jungle are a duo made up of childhood friends who will only be known as ‘J’ and ‘T’, their album ‘Jungle’ is out now!

With an air of Lana Del Rey about her, Laurel has astonishingly dramatic vocals that bring her songs to life. Determined to be like her idol Laura Marling, she bought a guitar and taught herself how to play. Having posted a song online, she soon secured a deal with the same management company as Ellie Goulding and was flown to LA to commence writing.

Indiana’s debut album ‘No Romeo’ has Pop/Dance sounds that you can instantly compare to Robyn or La Roux. At 27 Indiana is a little older than most chart new comers out there, but that has not stopped her. Indiana covered Mr Probz ‘Waves’ on Radio 1’s Live Lounge, putting her own soothing take on it and now she is taking the industry by storm. Her usual tracks have noticeably gloomy lyrics, her song ‘Heart On Fire’ says that ‘The first fall is the deepest… and now I fall to pieces’, but this is actually a breath of fresh air when you look at all the happy Pop tunes that are currently in the charts.

Having supported Arctic Monkeys in 2014, Royal Blood have gone on to be named one of the BBC’s Sounds of 2014. They got unprecedented exposure when Arctic Monkeys drummer Matt Helders wore their band tee whilst headlining Glastonbury. One of the heavier acts featured on this list of acts to watch, they are channelling influences from The Black Keys and Muse.

Synthpop band Prides are definitely ones to watch in 2015. Having played the Commonwealth Games closing ceremony, they are slowly being put on the music map. Songs ‘Out Of The Blue’ and ‘Messiah’ are extremely euphoric; they give you that upbeat feeling that make you just want to listen to them over and over again.

Having had a break from each other for a few years, brother and sister duo Angus and Julia Stone are back. They have released their latest album, which is their third altogether, and it has already reached the top ten in France, New Zealand and their home country Australia. Their latest album came together with producer Rick Rubin, who has produced tracks for Jay-Z and Ed Sheeran. They describe their sound as Folk-Blues, and when you listen to them, there’s a certain energy you can take from their chilled out tunes.