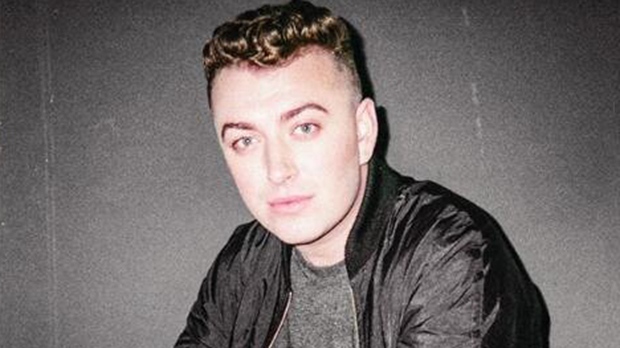 At the tender age of 22, Sam Smith has already collected a Brit award, won four prizes at the Mobo awards, and more recently racked up a stellar six Grammy Nominations including, ‘Best New Artist’ and ‘Album of The Year’. Sam’s debut album ‘In The Lonely’ sold over 1 million copies both here in the UK, and over in the US, making Sam Smith the only artist in 2014 to sell that many records in both countries!

His stunning vocals have earnt him three singles to reach number one in the UK charts. Easily one of the UK’s fastest growing talents, Sam Smith talked to us about his monumental journey so far, how his life has changed and what to expect from his next album.

Hi Sam, where are you now and what are you up to?

I’m back in London and am just about to shoot the video for my next single ‘Lay Me Down’.  It’s been an incredible year and I can’t wait for what’s to come in 2015.

Congratulations on your staggering six Grammy nominations! Obviously we are rooting for you to win all six, but if you could dust off a space on your mantelpiece for only one, which one would it be?
Thank you, being nominated for six Grammys was such a moment.  I think if I had to choose one Grammy to win it would be New Artist as you can only win that once.

In The Lonely Hour, has been nominated for ‘Album of The Year’. It reached number one in the UK and number two in the US, which was the highest ever entry for a British singers debut album! Did this come as a surprise or was it your aim to crack America so soon?
No it came as a complete surprise, the US was always a bonus and it always amazes me how fast it has all happened here and over there.

British artists are doing really well in America lately, why do you think that is?
I think it’s because British artists are making true honest raw music. The production of artists like me or Ed Sheeran isn’t perfected, it’s raw and in the moment which is why I think people like it over there.

Being famous seems to come with a certain intrusion into your personal life. Do you think that writing such a personal album kept some of that at bay because you had already opened yourself up about everything?
One hundred percent people are very respectful of my personal life and time because I gave so much to my music, which was always my aim. Instead of being secretive I was very honest and people can’t criticise you for being honest.

Your album has got tracks which all have different sounds, so although people might say you are more of a soul singer, songs like Money On My Mind are more upbeat and pop. Was it an intentional thing to mix it up a bit so that the sound can’t be pin pointed?
Yes I want to be a genre-less artist and not limited by sounds.  I want my voice and lyrics to be the sound and give me freedom to do what I want in the future.

You are often named as the male Adele, and we’ve heard rumours that you could be following in her shoes by providing the title song for the new James Bond film, Spectre. Are you able to tell us any more about it?
No you know as much as I do but I’m a big fan of the Bond films so it would be exciting if it happened.

You’re featured on the latest Band Aid single, how did you get asked to be a part of it? Did Bob Geldof personally give you a call?
Yes he was very pleasant and lovely. The whole experience was very calm, I thought there would be lots of egos in the room but it wasn’t like that at all.

Did you know which part of the track you were going to be singing? Were you at all tempted to nick Bono’s iconic line from him?
No I sang the whole song like everyone else and I was really happy with the section they gave me.

‘Do You Know It’s Christmas’ is one of those iconic Christmas songs, are you a Christmas person or a bit of a scrooge?
I like Christmas especially now as I don’t get to see my family as much.  Last year I went all out and bought them some amazing presents, this year I am making them something too so I hope they like it as much!

Jokes aside, have you got your ideas for the next album? What can we expect from it?
I’ve already started writing the new album, and I plan to be more honest than I am on the first.  Maybe I need to bring out a happier record next!

You’re monumental rise to fame has been fascinating to watch, how has your life changed over the last 24 months?
Absolutely everything has changed. The only thing stayed the same is my family and my best friends which I cherish.

Being a student magazine we do have to ask, was university ever on the cards for you? What do you think you would have liked to have studied if you did go to uni?
I always knew I wanted to be a singer so I didn’t think about university but I think you should go if you’re really dedicated and passionate about something you want to learn more about. And if you want to party.

Please can you finish this sentence: This time next year I will…
Party hard! I’m really excited about 2015. It’s been a whirlwind this year but I wouldn’t change a minute of it, it’s been incredible.

Can you give us an exclusive piece of information at all?
I don’t like flying! Which is a downside of the job!