Guys At Uni Who Should Be Avoided!

You’re at Uni! Your social pool is now infinitely wider and the chances of meeting that special someone are much, much better. After all, the guys at uni have GOT to be better than all those immature Muppet’s at college. Sorry to disappoint, but if your not careful, your social pool could be full of crabs – literally and metaphorically. 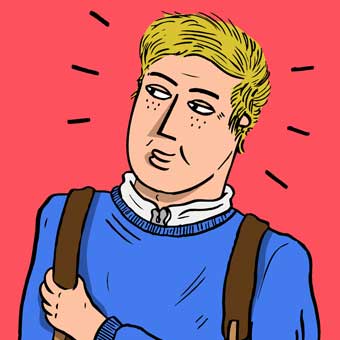 Mummy’s Boy Mark is a nice guy. He takes you to the cinema. He listens to what you say with rapt attention and is always up for a cuddle on the sofa. He’s a real commitment kinda guy. He even wants you to meet his parents! Especially his mum. “You’ll love my mum!” he’ll say, before listing the 20 different ways she is perfect and how you could be more like her and would-you-make-him-turkey dinosaurs-for-tea-and-tidy-his- room- up-and-sing-his-special-bedtime-song?

Cons: Wishes you were his mum

BONUS: Use Mummy’s Boy Mark as a case study in your psychology assignment on the Oedipus Complex. 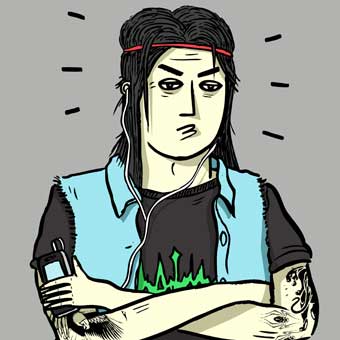 Dark Side Danny is deep and mysterious. He is tall and has awesome looking hair. Who cares if he never smiles and is always looking into the middle distance? That just makes him look deep. And mysterious. Admittedly, it’s a little hard at parties when all he wants to do is stand in the corner and listen to Swedish Black Metal on his iPhone, but that just who he is! Deep…..and mysterious. Other people just don’t get how deep Dark Side Danny is! They’re just jealous because their stupid boyfriends like flowers and dancing and colours other than black and bands that don’t have the word “Death “in the name. Posers.

Pros: Will write you poetry
Cons: The poetry will be about ravens pecking his still-beating heart out under a midnight sky

BONUS: Use Dark Side Danny’s facial piercings to carry heavy bags of shopping! 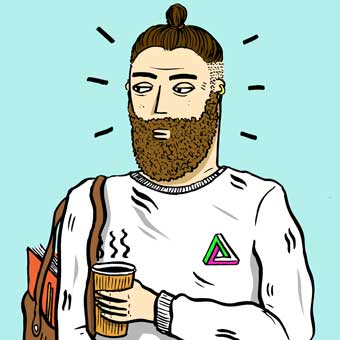 Hipster Harry is so cool. He’s so cool that he was cool before everyone else realised that being cool was cool and when that happened, Hipster Harry had already moved on to the next cool thing. He seems cool to be around with, but then you wondering if trying to be around someone who is cool is actually uncool. However, if you don’t care that it is, does that make you cool or not? He has also started to smoke a briar wood pipe for some reason and eats all his meals with chopsticks which he carries in a vintage 60’s handbag. Even soup. Then after a while you’re convinced he’s only dating you because its ironic.

Pros: Will introduce you to new bands

Cons: As soon as you start to like them, he will have already moved on to something else. Like retro show jumping. 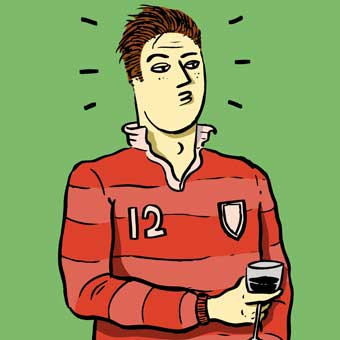 He’s tall. He’s handsome. His parents have got a holiday home in the south of France. He’s Rugby Richard and your mother thinks the world of him. He has a lovely posh voice and is always fairly well dressed and never eats anything except food from Marks and Spencer. He’s a complete dream boat, but then so was The Titanic. The thing about Rugby Richard is…he plays rugby and so do all his mates. And they drink. OH HOW THEY DRINK. He’s always the first one to get naked and run around at a house party and always the first one to suggest drinking shots out of each other’s belly-buttons (if you’re lucky). And there is always the sneaking suspicion that he will always love the half naked man he spent his Rugby Soc initiation night handcuffed to more than you…

Pros: Is fit and healthy, loves exercise and is very loyal

BONUS: Try to stay friends with Rugby Richard. After all, he’ll be running the country in twenty five years. 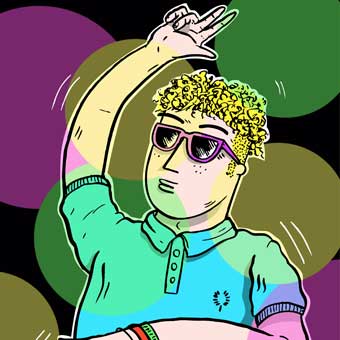 Dancing Dan is just….Always flipping dancing!  I mean, what’s up with that? Seriously, it’s weird.

BONUS: Try to break up with him through the medium of interpretive dance. It’s easier than it sounds!