Xtra Xfactor News… you like what we did there? Thanks, we thought it was pretty good too. So, a couple of days ago we found out who the new XFactor judges were and now, it’s been revealed who’s going to be hosting the Xtra Factor!

On 16th June we found out that talented solo artist, Rita Ora and her Pal, Radio 1 Presenter, Nick Grimshaw would be taking over as judges from Louis Walsh and Mel B to join Simon Cowell and Cheryl on the panel.

Rita Ora being a judge on this years series and caused a bit of controversy, as she previously judged contestants on the rival show, ‘The Voice’ in 2014. However, Miss Ora did start of her judging career on the Xfactor when she was a guest judge back in 2012.

So, as well as Rita and Nick becoming judges this year, previous Xtra Factor presenters, Caroline Flack and Ollie Murs were chosen to host the main show, leaving us all questioning whether last years host, Sarah-Jane Crawford would make a return.

Today it has been revealed that band member from The Saturdays, Rochelle Humes and Kiss FM presenter, Melvin Odoom will be the new hosts of this years series of the Xtra Factor. The duo have already worked together on the popular show, ‘Sweat The Small Stuff.’

One of the first people to congratulate the new duo, was Rochelle’s husband, Marvin Humes: 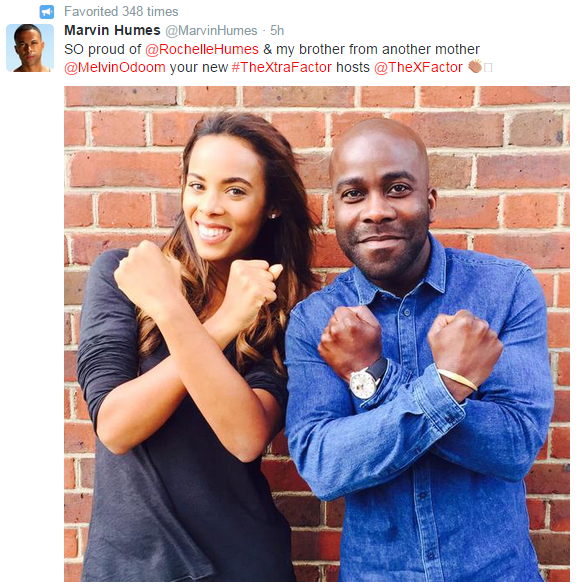 Well done guys! We can’t wait to see how you two get on when the show is back on our screens in the Autumn.