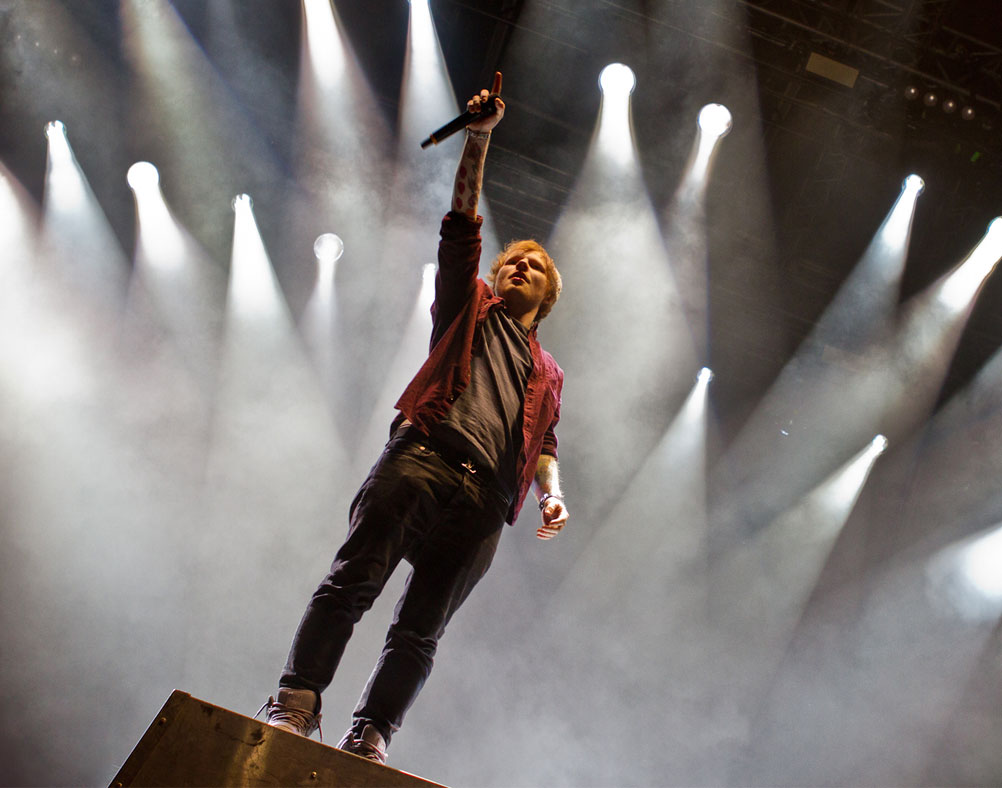 Britain’s biggest singer/songwriter is coming back once again, and the ginger lad from Suffolk is hitting the big screen in a concert film debut called ‘Jumpers for Goalposts’. That’s right, Ed Sheeran, the brains and talent behind some of greatest music to date, is heading to cinema screens all over the country to showcase a documentary of his famed ‘X’ tour, with the majority of which taking place at Wembley.

Not only will fans be treated to some exclusive, behind the scenes camera action, but the real life footage will show what you missed out on if you couldn’t be at his shows. At only 25 years old, Ed Sheeran is definitely up there with the world’s music giants, so it’s undeniable he’ll be relishing in success from this picture. Check out the video below for the trailer of the movie…

Released officially worldwide on October 23rd-25th, the film will be uniquely streamed live from London’s green carpet on October 22nd. And if you, like us, are a massive fan of Ed’s, make sure you snap up your tickets early because a lot like his tour and his albums, this is going to sell out fast!

We can remember when he performed exclusively for us on SPGtv (below) and now, he’s sold out 80,000 plus at Wembley. What a guy and what a musician, Ed Sheeran is a genuine national treasure and we love him!