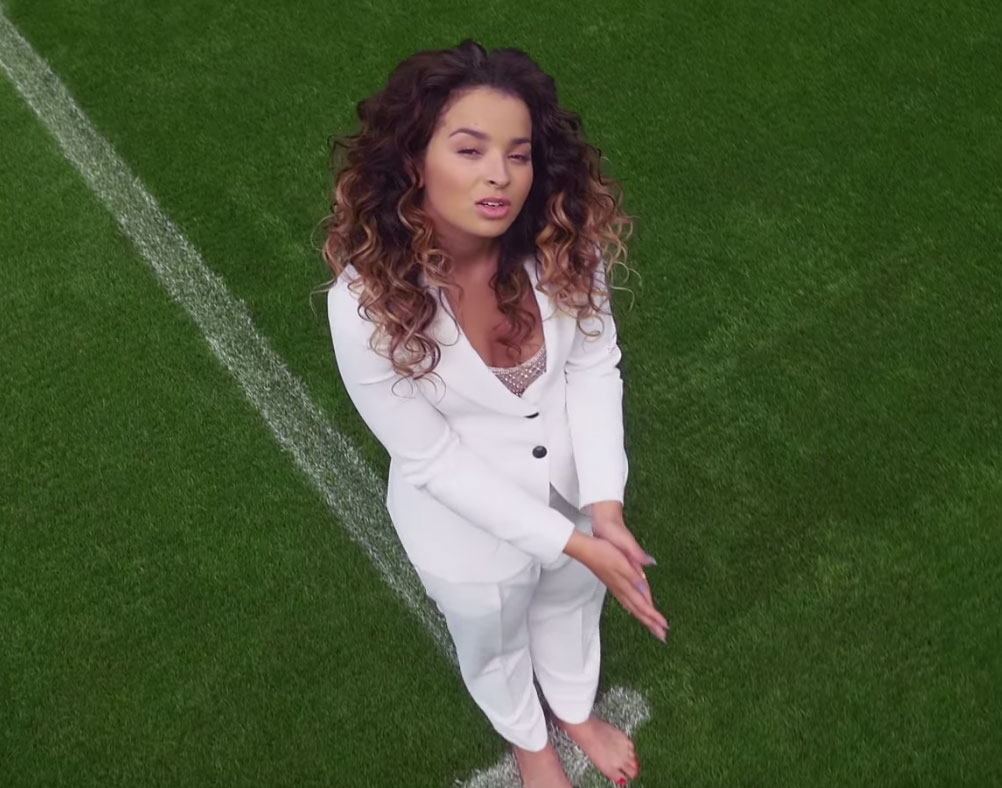 From Brit award winner, to the face of Emporio Armani’s Diamond fragrance, Ella Eyre has now taken another leap higher on the success ladder, and has graced the classic anthem ‘Swing Low, Sweet Chariot’ with her own rendition for the rugby world cup this year. In a track that is going to be the official anthem to back our boys (England) to winning the cup, Ella puts her soulful and powerful twist on the patriotic track and she absolutely nails it in her own, unique style.

The 21 year old, who is fast becoming an English national treasure, recently released her album ‘Feline’ and has already had rave reviews from experts and fans alike, and now, in the build up of the rugby world cup, her voice will be sending tingles down the nations spine before England kick off in their trophy campaign. Can the lads in white repeat the success of 2003? And will Ella’s edition of the song get to number one? That’s a yes to both.

Here is the video for the song and be warned, it may come with a hair raising and tear jerking side affect…

The first game of the world cup takes place at Twickenham on the 18th of this month, and the match up see’s the hosts, England taking on Fiji. Also, don’t forget to check out Ella Eyre’s brand new album too, as the songstress’ first album, Feline was released on the 28th of August this year!

Good luck England and thank you, Ella for such a beautiful version of the anthem!