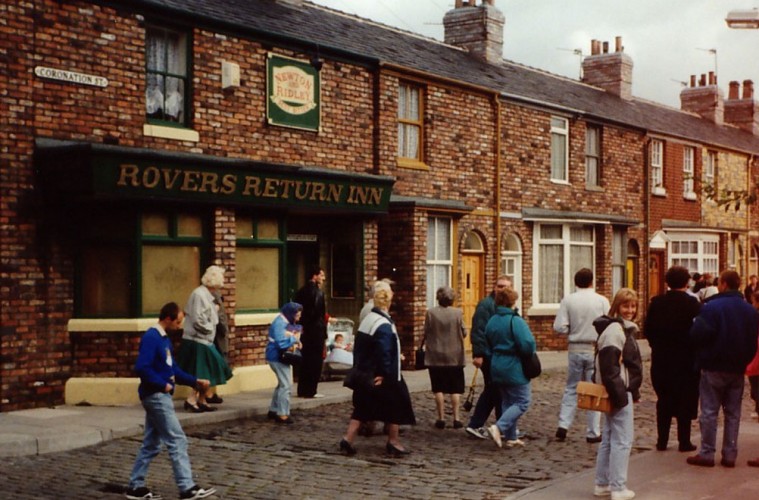 It’s about to kick off on Coronation Street tonight, as everyone’s favourite ITV soap opera is set to air another epic live show. Schedule to be screened at 7:30PM on the usual channel of ITV 1, the Salford based production is due to be a big one and the internet is going mad for it. Corrie fan or not, this is going to be one to watch, as the amount of acting talent on board will be amazing. And what’s not to love? Live arguments and on screen shouting matches, combined with crocodile tears and genuine laughs, this TV event is one to be treasured.

But can it beat its arch enemy Eastenders in the running for the ultimate live show? As Albert Square ran a full week of live snippets earlier in the year, finally leading to its penultimate full show at the end of the saga. Not only that, but Corrie will be going up against the likes of the Great British Bake Off and the ever popular midweek football tonight too, because both of which are being aired as well. So, who is going to come out on top in the Wednesday war of the TV? Let the battle commence is all we can say.

This isn’t the first time that Coronation Street has showcased a real time piece, as back in 2010 the cast and crew went at it again to celebrate their 50th year on the cobbles and with that, they produced a timeless classic. Be it five years ago, some of you may remember the time when the tram famous crashed into the street and the episode bagged a whopping 15.9 million at its peak point, so tonight they’ve got a lot to live up to.

We can’t wait and it’ll certainly be playing on our box this evening, but in the meantime, we’ll keep watching that famed clip of the tram crash…