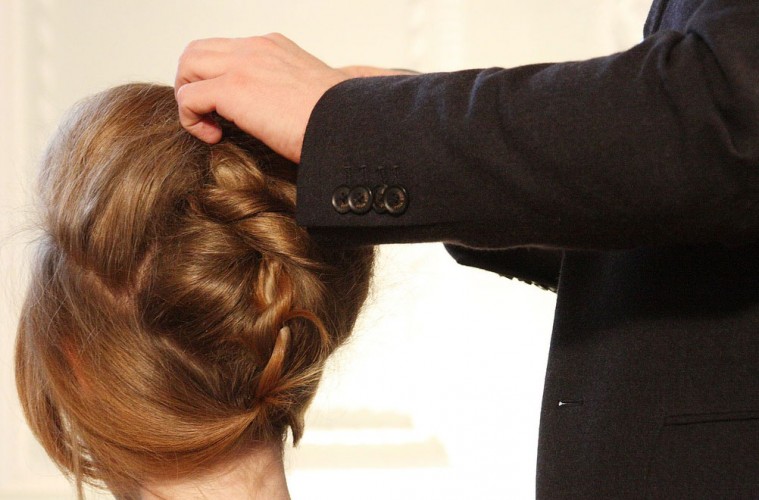 Listen up guys, we’ve got news! It’s out with the man bun and in with the man braid! That’s right, the popular man bun has now been replaced for a new style.

It doesn’t seem that long ago that man buns were introduced to us. This unusual hairstyle for men went viral, with some people loving the trend and others, outright hating it. One group of guys disliked the hairstyle so much that they even drove around and cut off some unsuspecting victims man buns!

Derick Watts & The Sunday Blues decided top knots annoyed them so much that they took it upon themselves to try and stop the trend by cutting them off. The duo, along with a jar labelled, ‘#StopTheKnot’, got in the car and drove around until they found a victim with a man bun. One of them got out of the car and quickly cut off their top knot before running back to the vehicle and placing the hair in their, ‘#StopTheKnot’ jar.

The video saw three peoples man buns cut off in total and ended with the guys chucking them into the sea.
The video went viral and as you can imagine, caused rather a lot of controversy. Consequently, they then admitted that the video was staged and that they knew all of their ‘victims.’
So will they stage another video ruining peoples man braids? We’ll have to wait and see, but whether you love the new look or completely despise it, here’s three different man braid looks!

The Full Braid
A complete plait that’ll keep your hair completely away from your face.

The Half Braid
A half plait that allows you to keep your length, but have majority of your locks away form your face

The Man Bun Braid
Why choose between the two? Why not combine the man bun and the man braid?