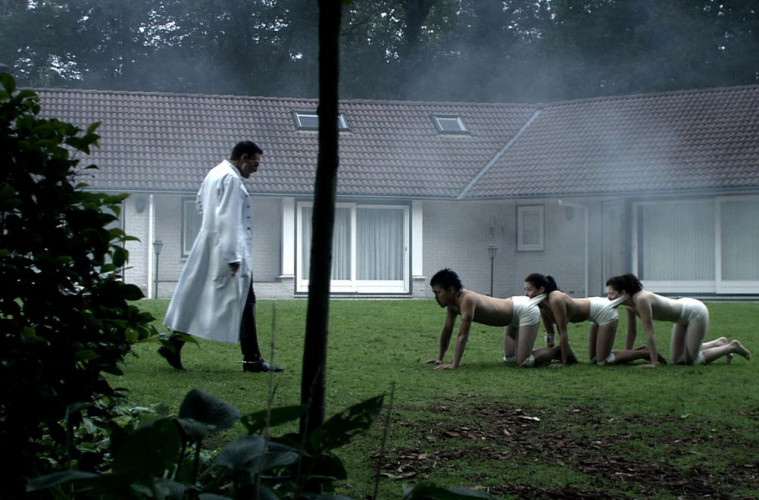 This Hallowe’en, whether you’re getting ready for an insane party at your local asylum or having a quiet night in a haunted house, you’re going to need a creepy movie to really get you in the spirit. Check out these classic horror movies currently streaming on Netflix UK. They’re to die for…

Meet Damien. Animals are terrified of him, he trembles as he passes churches and people kill themselves in his name… not bad for a 5 year old. Little devil. This movie has creative deaths, a creepy kid and a moment with a lightning rod that will make you regret taking that meteorology module.

Ever wondered what happens to criminals when they die? With some faith, trust and a little bit of voodoo magic, their spirit may just reside in a ventriloquist-style doll. Swapping bedtime stories for a bloody knife, this movie introduced the world to Chucky, the killer doll who’ll make you see Toy Story in a whole new light.

This is a horror movie that knows it’s a horror movie. When a good looking gang of high school kids get picked off one by one, they use everything they know about horror movies to track down the scream mask wearing, knife wielding killer before it’s too late. As funny as it is scary, Scream is not one to miss!

When 3 university students go missing in the woods they leave behind one thing: This film. Their documentary is all about their hunt for local legend, the Blair Witch, except it’s not them who are doing the hunting… If you’ve ever been lost in the woods (or had to put up with a whiny student-film director) you’ll know just how terrifying The Blair Witch Project is.

Have you got a strong stomach and a penchant for German accents? Good, then you’ll feel right at home on the sofa of Dr. Heiter. However, it’s not his living room you need to be worried about; it’s his basement laboratory and ambition to create a ‘Siamese Triplet’ that’ll make your mouth run dry and sweat run cold. Dr Heiter’s victims will have to stick together in a way they never dreamed to be possible.