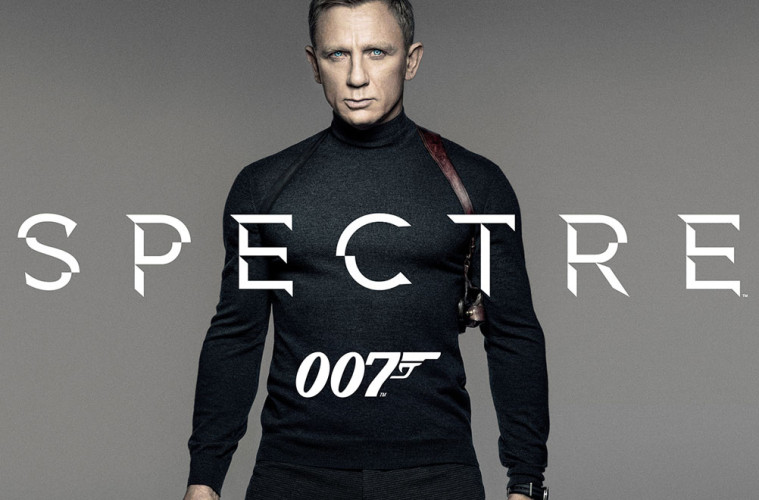 Under the steady and assured hand of Daniel Craig, James Bond has arrived in the twenty-first century. Any franchise with 24 films under its belt will inevitably have its ups and downs, but Bond pre-Craig frequently fell into cliché and mediocrity. That is not to dismiss Pierce Brosnan’s efforts, but his was a 007 who wrestled far too much against poor scripting and predictable plotting; too many gags and not enough gravity to proceedings.

With Brosnan gone and a suave, blonde Shrek in his place, the Bond films have, if not reinvented, reinvigorated Ian Fleming’s creation, balancing style with substance, stunning action and a relevance to today’s world. Spectre condenses the best elements of Craig’s previous outings as Bond and cements him as one of the franchise’s best.

Spectre picks up from events in Skyfall and the supporting cast make a welcome return. Naomie Harris strikes a thoroughly-modern Moneypenny, Ben Whishaw stresses and quips as technology guru Q and Ralph Fiennes, taking over from Judi Dench as M, tries – in vain – to rein in Bond. 007’s errant behaviour is not M’s only concern, however, as Max Denbigh (played by Andrew Scott), the new head of the Centre of National Security, attempts to close the 00 programme for good.

As usual, such Whitehall politics are not Bond’s primary concern: he’s on the trail of the mysterious organisation known as SPECTRE. With Q and Moneypenny’s help, the trail leads Bond to Dr Madeleine Swann (Léa Seydoux), who might hold the key to untangling SPECTRE. But, as he heads closer to the truth, Bond discovers that the organisation’s head is uncomfortably familiar.

Following on from his successes with Skyfall, director Sam Mendes has again created a weighty, beautifully-crafted film. The opening continuous tracking shot, which weaves in amongst a Day of the Dead parade in Mexico City, is a captivating preface to a brilliant (if absurd) helicopter action sequence, which sees 007 literally beating up the pilot as the chopper does barrel rolls metres above the parade crowds. Not the most believable of scenes (and a later encounter sees Bond trying to control a plane with its wings sheared off) but, hey, who goes to see a James Bond film for a sense of reality?

That said, the script’s themes – cyber-security and surveillance – do feel very current. “You’re a kite dancing in a hurricane, Mr Bond”, Jesper Christensen (as Mr White) chillingly whispers. That hurricane takes the form of a whirlwind of data, electronic espionage and double-crossings. Daniel Craig approaches all of this with his usual mixture of refinement and physical prowess: if nothing else, the man knows how to wear a suit. Christoph Waltz is great as 007’s adversary, playing a technology-loving villain that could only work within a Bond film.

The film is, tonally, perhaps not as dark as some of the trailers would have you believe, but it satisfyingly nods to the raised eyebrow humour of earlier films: as Bond escapes a collapsing building, he lands on a conveniently-located sofa, readjusting his tie as he does so. Later on, he is rather riled when a new Aston Martin is given to 009 rather than to him, and effectively steals it, leaving Q a bottle of champagne in its place. This is a playful – and immensely stylish – Bond. This confident sense of effortless style extends to the Bond girls, the mantle this time passed to Monica Bellucci and Léa Seydoux. As the enigmatic (and oldest ever!) Bond girl, Bellucci smoulders on-screen, in contrast to Seydoux’s more churlish but equally beguiling Dr Swann.

Even at its 148 minutes running time, the film never drags and its resolution, whilst not a great coup in the 007 formula, is satisfying. Linked to the subject of endings, Sam Smith’s rather derided theme, really does work in the film’s opening titles, with its soaring orchestration and melancholy timbre. Screenwriters John Logan, Neal Purvis, Robert Wade and Jez Butterworth have done a great job of fitting the film into the Daniel Craig canon, by placing SPECTRE at the centre of all of the previous three films.

Spectre oozes sophistication and action, and the unique elements which make a Bond film coalesce in an engaging and hugely enjoyable manner are crafted with love and enthusiasm. If Spectre is Craig’s last Bond (and it could well be), then he will left the franchise in ruder health than ever.