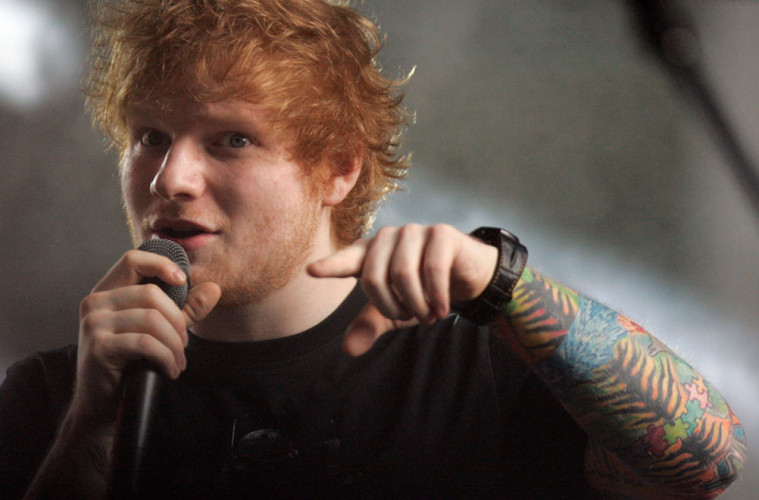 Ed Sheeran is one incredibly talented artist, so it’s not really much surprise that he recently accepted an Honorary Doctorate at the University Campus Suffolk…

Ed Sheeran has done phenomenally well since rising to stardom back in 2011. He has since worked with the likes of One Direction, Taylor Swift and most recently, Rudimental. Not to mention the fact he’s also received 4 Brit Awards and now has his own record label.

But there’s one thing Mr Sheeran didn’t have – a degree… until now, that is. The University Campus Suffolk offered Ed an Honorary Doctorate Degree for his, ‘Outstanding contribution to music.’

Having left school at 16 to concentrate on his music, Ed admitted that when his mum told him he’d been offered an Honorary Doctorate Degree, he was going to decline. However, when she informed him that it was from the University Campus Suffolk, being from the area himself, he decided to accept.

At this start of his speech the talented musician joked, ”Hey, I’m not great with public speaking when I haven’t got a guitar in my hand.”

He then went on to confess that whilst he isn’t necessarily the poster boy for education, he did have one piece of advice for the graduates, ”There’s no key to success, but the key to failure is trying to please everyone else. So make sure you please yourself, make yourself happy. Don’t harm anyone by doing it, but choose something you love, work really really hard at it and you’ll be surprised how far you can get. ”

The modest star then thanked the crowd, ”As I said, I didn’t expect to be here and I achieved by dream about 5-year-ago, so this is all a bit odd, but thank you for letting me share such an important day for you and congratulations.”