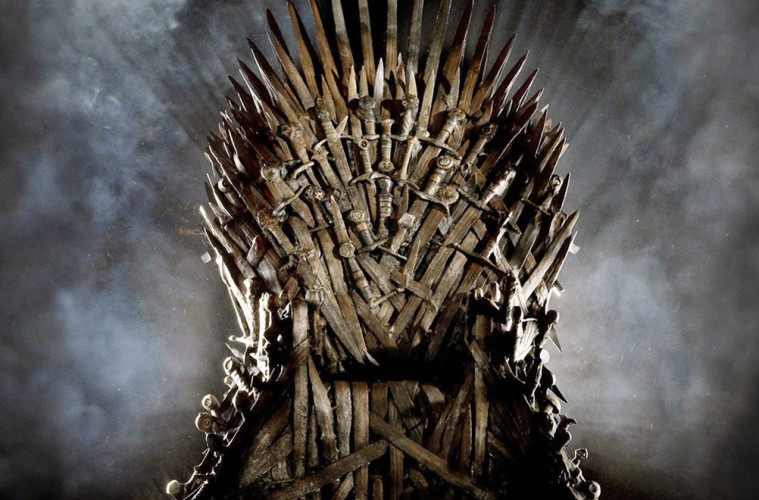 How to Party Like you’re in Game of Thrones

The summer is long gone, which can only mean one thing: Winter is coming! So it’s the perfect time to throw a party, Game of Thrones style — with warming Westerosi food, plenty of red wine and GOT-themed games and costumes. Plan ahead for Christmas (Christmas is Coming), organise a big birthday bash (30 is Coming) or just have a quiet night in to catch up on Game of Thrones season 5 with a pizza (Cliffhangers are Coming).

A Feast for Crows

You can make it formal by sending out scroll invitations beforehand and make menus in the same way. Go crazy with the party food — there are loads of options from the house sigil pizzas below to Cersei’s lemon cakes (just leave the horse’s heart to Daenerys). There is even a Game of Thrones cookery book to give you some inspiration — ‘A Feast of Ice & Fire — The Official Cooking Companion’ by George R. R. Martin, and a Dornish ebook supplement. Or ask guests to bring their best creations if you aren’t very good in the kitchen. 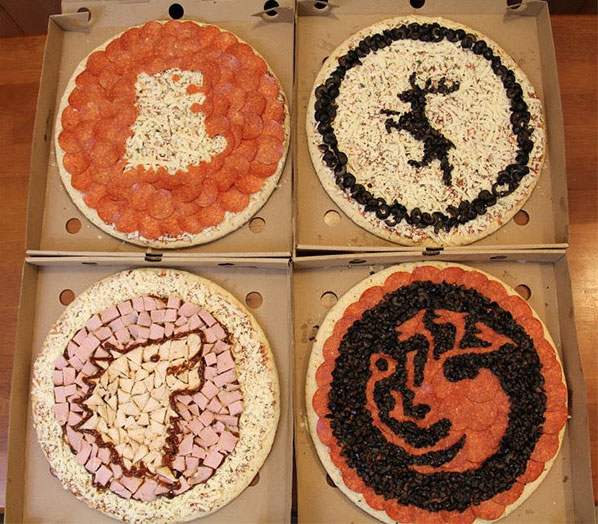 If you can get your hands on some of the official HBO Games of Thrones beers by New York brewery Ommegang they would really set the scene. If not, red wine is drunk by the gallon in Game of Thrones (and that’s just by Tyrion) so that would do perfectly — or you can create your own cocktails, maybe a Direwolf Daiquiri or a Bloody Mar-y-tell.

There aren’t a lot of cheerful party scenes in Game of Thrones. Avoiding the gore of the red wedding, you could instead emulate the Purple Wedding and play a whodunit game. Or pretend someone goes the way of Joffrey Baratheon by playing drink roulette. Place some goblets of wine in the middle of the group and hide something strong tasting such as ginger (or worse) in one. Then do a GOT quiz and if someone gets an answer wrong they have to choose a cup and hope it’s not the ‘poison’.

You can quite easily recreate the iron throne with cardboard and tin foil swords stuck to the back of a chair. Make someone king for the day – the birthday guy or girl, maybe you if you are hosting, or just whoever answers the most quiz questions correctly.

Game of Thrones fancy dress is about the most glam you can get. Steal the style of the Mother of Dragons or Jon Snow and make the opposite sex go weak at the knees. Alternatively, work it like a wildling with some fake fur or don some royal robes. You can dress your party venue up as well with something as simple as house banners, dragon eggs or series posters and memorabilia. If you have space, you could make a room or corner look like a Dothraki tent.