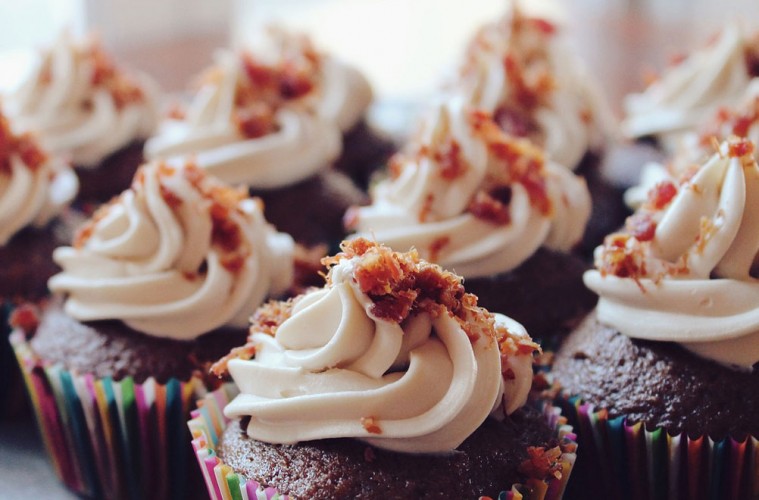 Let’s bake! Last night saw the semi final of the nation’s favourite midweek cooking show and with that, the fantastic foursome was sadly cut down to the fabulous three. In a show which was themed around chocolate, the craftsmen and women dug into their creative roots to bake and mould an array of sweet goods, finally leading to their judgement. And to Mary and Paul’s tastes, there were some serious spectacles on offer.

Ian managed to use his scientific strengths and sculpted a fully working, chocolate well, where as young student Flora pulled out all the stops in a choccy soufflé bonanza. Tamal steadied the ship throughout and maintained a satisfactory, yet consistent performance and the ever great Naydia smashed the show stopper by bringing to life an edible Peacock, earning her the star baker title for the second time this series.

Nineteen year old Flora from Fife was to bite the bullet in the end though, as her crumbly carousel was demolished under the knife of Mr. Hollywood. Not to mention, but the unattractive fairground attraction did get a bit of a rollicking because no element really had the wow factor and the horses were, well, dog shaped.

So, it’s back to uni life for her, but in the meantime, her baking companions have all sailed down a chocolatey river into the final week, where they’ll be baking for their lives (and an opportunity of a life time). From soggy bottoms, to firm buns, this series has been one to remember, but who will come out on top of series six of the Great British Bake Off? Can Tamal trophy the title of bake boss? Will Naydia niggle at the heels of the nation’s greatest bakers? Or can Ian bring science and skill to the crown? All will be revealed in next week’s bake off!