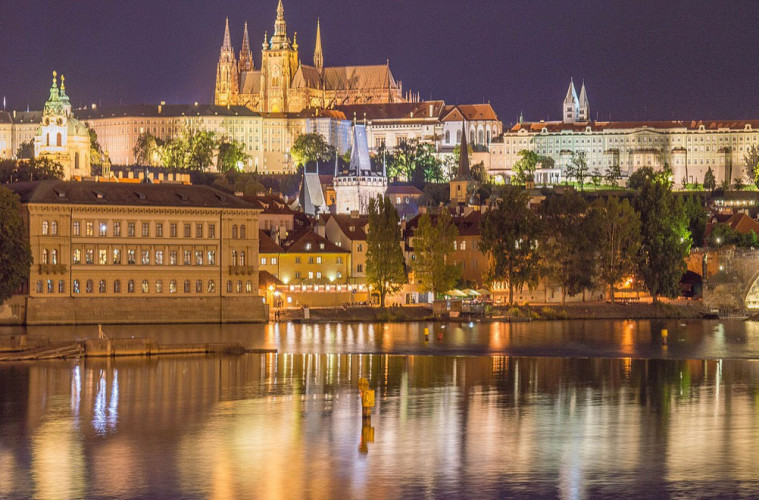 A Long Weekend In Prague

Everyone loves a short break from the daily routine now and then, and what better way to spend a few days off, than by taking a long weekend away in a beautiful European city? From Barcelona to Amsterdam and everywhere in between, you can jet off to just about anywhere in the continent at a near bargain price. So, with that in mind and the fact it was a celebration of my birthday, me and a few of my friends decided to embark on a journey in the Czech Republic and to be more precise, a long weekend in Prague.

Initial thoughts and transport…
After a short flight of only an hour and a half from London Stansted, we touched down on Czech soil and from there we pencilled in on our phone to order an Uber car to our hotel. Now, my first statement here when using
transport in the city is: USE UBER! Yes, have a go on the mad tram system, check out the metro if you must, but all in all, if you want to get from A to B as cheap as peanuts, grab an Uber Pop or Black car. Our car from the airport to the hotel (which was easily 30 minutes) cost just below £4, where as in the UK, you’d be looking at way over £10. Continuing on, we hopped in the motor and the journey began; as I peered out of the window, straight away I thought ‘Amsterdam on steroids’. The metros were zooming, the river was massive and the buildings kept a European charm, but exploded in height; least not forgetting the whopping amount of beer taverns in the streets. 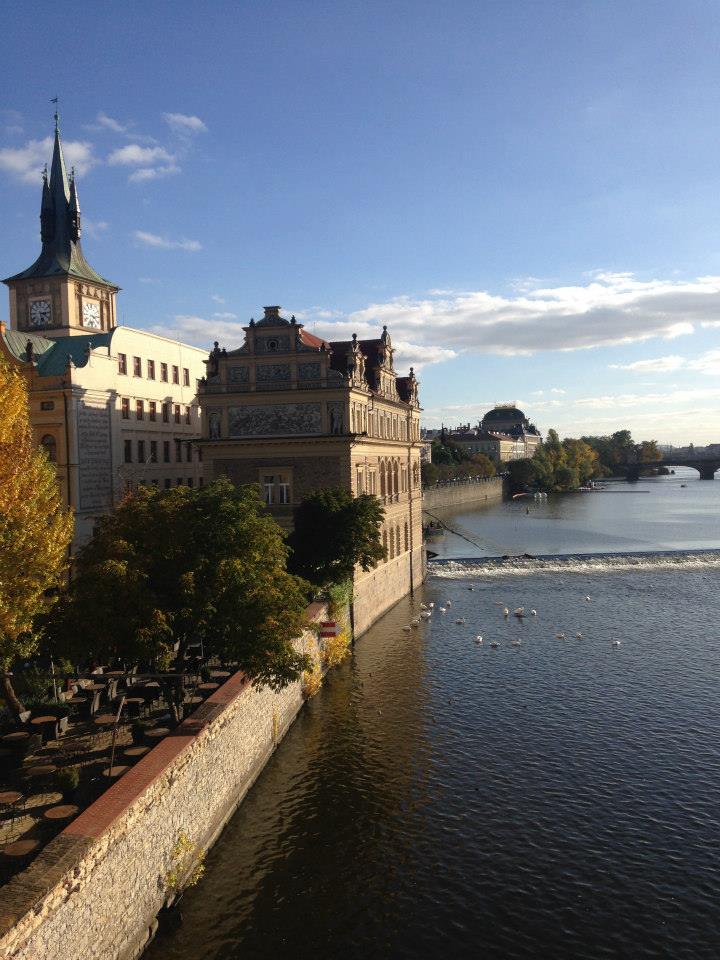 Places to see…
We threw our bags down post check in, then we shot off straight to the Old Town; the area that attracts the majority of tourists whilst in Prague. Whether it’s ten O’clock at night or eleven in the morning, this place is constantly buzzing, and the amount of culture and architecture on offer is amazing. Standing tall in the centre of the bustling courtyard, a strong bronze sculpture captures the eye of the people from over the globe and surrounding that, there are an array of clock towers and church like structures. 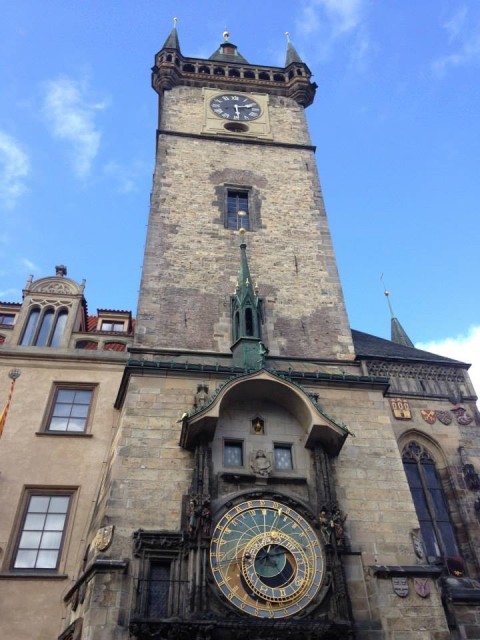 Latter to stopping off to see these, hop on one of the mafia like, 1920 tour cars that skirt the roads and jump out at the bottom of the beckoning steps that lead to the castle that watches over Prague. Albeit a very tiring walk (especially hung over and after a few more beers), the view when you get to the top is spectacular and I don’t think there is a more picturesque location over the city. Whip out your phone and Instagram away because your friends will be scowling with envy when they scroll to see this view.

Last, but not at all least, Prague has a wonderful river flowing beside it, and this makes for several mass carved bridges to cross on. From the cute lock fence to where lovers seal their emotions, to the creative illustrators located on the overpass, you should definitely skip across one of Prague’s bridges.

Home Comforts…
So if, much like myself, you wake up the next day from a gruelling night out and are severely craving some home comforts, fear not as Prague has got your back. Be it some not-so-nutritious fast food, a fix of caffeine or simply another trip down the boozer to watch the footy, it can all be found here and your hung over (or not hung over) hours can be resolved. McDonalds, KFC, Starbucks, Costa, Subway and even Marks and Spencer’s all have outlets in Czech and they even show Sky Sports in the majority of places, so you’ll never miss a Premier League moment.

What to do…
First and for most, sink your appetite into some local delicacies and enjoy the culture. A meal I had to munch 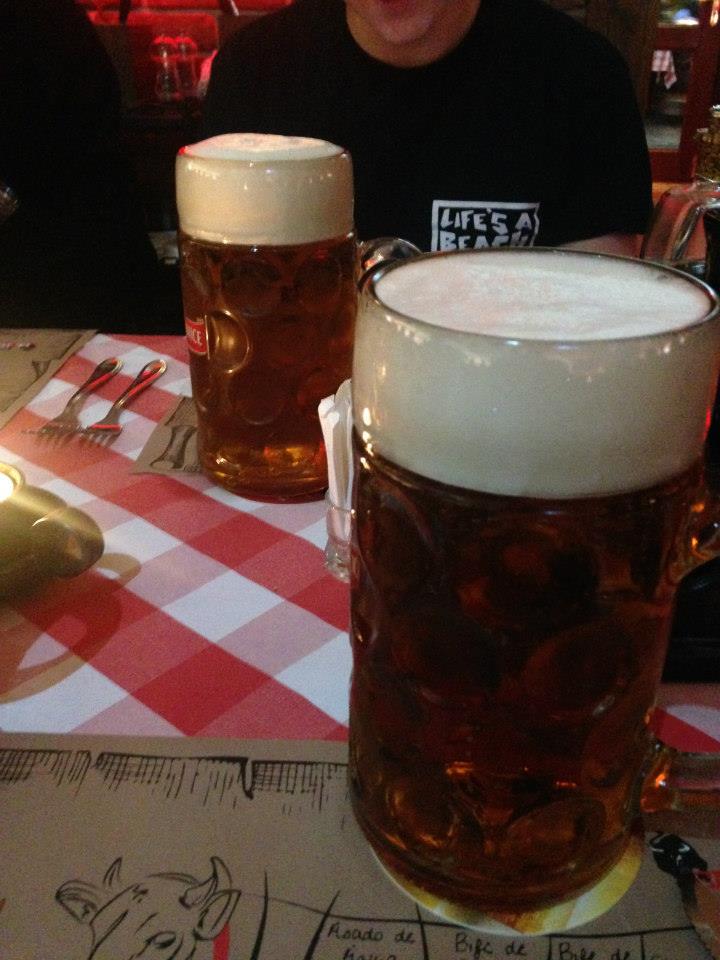 whilst out there was the famed smoked sausage and to wash it down, a quench thirsting litre of beer. The sausage was, as described, smoky and well seasoned but what was more impressive was the beer; a local beer (often Staropramen) which was placed in front of me by a waitress, who majestically carried four to our table. Wow, the amount of liquid was the first bewildering thought but it managed to keep its crisp taste too. Definitely a must try whilst in Prague.

Another foodie adventure me and my pals shot into was a burger heaven like I’d never seen before. After sitting down in the Hilton hotels sky bar which overlooks Prague, we pondered upon the menu to suppress our belly rumblings and that is when we all gazed into getting a four man burger. Boom, all in, we went for it and what was put in front of us was crazy. Like a large birthday cake with a beef patty and buns instead of the sweetness, the burger arrived and we attacked it like animals. I thought I was on an episode of Man vs. Food; the burger was stacked with cheese, delectable red onion marmalade and their version of bacon, least not forgetting the assorted salad and side fries. I’m sweating again just thinking about it. 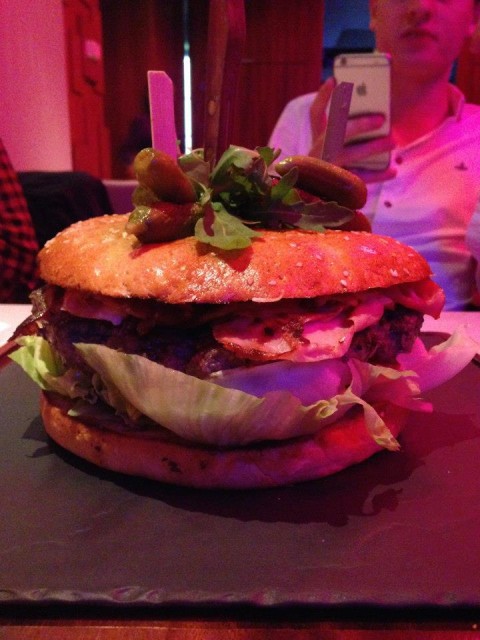 Now, day and night you can spend your time in whatever way you want, but the shopping facilities on offer in Prague are brilliant. With multiple mass malls located everywhere, they have all your favourite designer outlets and more, including some top end stores like Cartier, Patagonia and so on. Not only that, but the centres are normally topped with Casinos and restaurant’s too, so if you get a bit sick of splashing the cash in shops, you can gamble and eat some grub as well. Or if you’re more of a snack and go person, outdoors has some amazing street food and this ranges from the famous potato chips, spiral shaped donuts and pretty much anything you fancy.

If you’re a clubber or pub fan, you’ll adore Prague. From themed bars like the Anonymous bar, Medieval Tavern near the castle (a must see), InCider pub and the Steam Punk club, there is something to tickle everyone’s party fancies. And how did I forget to say, the beers can start at as little as 39 Czech Krowns… that’s around 81p in Sterling currency.

A picturesque, loveable European city that has something to offer for everyman and his dog. Whether you’re out on a mad one for a party weekend, you want to see some of the best sights in Czech or you are simply a foodie on tour, Prague is a place you need to visit. The buildings are a beautiful blend of old and new, and you’ll find yourself mesmerised by it all, so make sure you take a camera. P.S. check out the local taverns and also, you won’t need that much cash as this is one of the cheapest locations in the continent for food and drink.