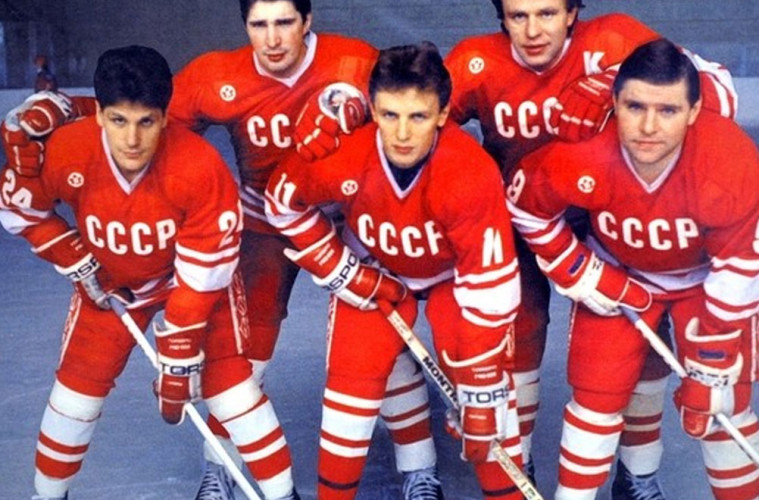 How often do you hear people say; “my favourite feature film of the year so far is a documentary.”

I’d wager not very often. Add in the fact that said documentary is about Ice Hockey and we are probably approaching uncharted territory.

Gabe Polsky’s Red Army is a captivating piece of film-making, exploring the dominance of the Soviet Union National Ice Hockey team in conjunction with the rise of communism through the eyes of legendary captain Slava Fetisov.

The film is constantly playing on the theme of contrast – the endless opportunities in the NHL compared to the shackled existence in Cold War Russia, the relaxed way of life and expressionistic style of play taught by Anatoli Tarasov against the tyrannical regime enforced by Viktor Tikhonov.

It is a film brimming with energy, partly due to the meagre running time of 84 minutes but also because of the rampant pace – Polsky masterfully selects only the most salient information and resists the temptation to digress about the Cold War as a whole.

If there is one criticism, it is that Polsky fails to explore the motivations of certain players with regards to their moves to the NHL, but this is only a slight gripe – the seamlessness of interviews and archival footage ups the pace and makes the drawback a distant memory.

This glowing review is coming from someone who has very little interest in hockey, somewhat proving that you do not necessarily have to be an expert to appreciate the work. The absence of any pre-existing knowledge aids the experience and learning. After the film finished I immediately wanted to learn more – I cannot give any higher praise to a documentary.