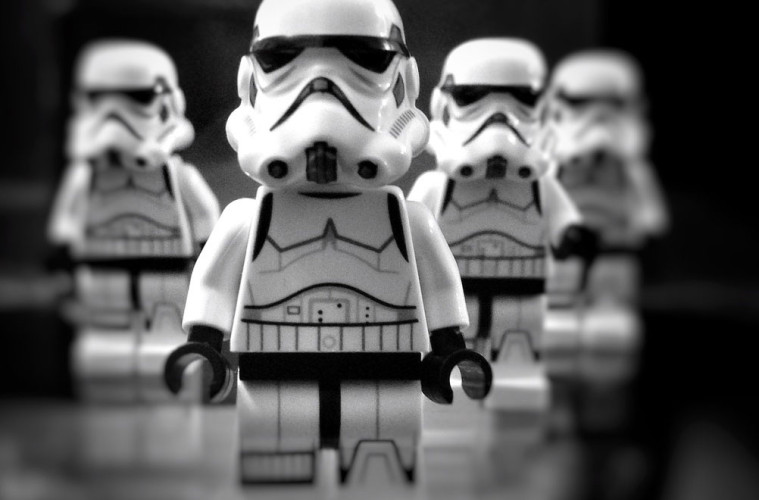 Star Wars Battlefront – A Blast From The Past?

Star Wars Battlefront, released on November 20th, retailing at £39.99, has been perhaps the most anticipated release of the year in the world of gaming. With the original two games released in 2004 and 2005, it is safe to say that the third instalment of the series has been in the pipeline for a very long time. If you played these games as a child, you will know that they were the pinnacle of shooters across the original gaming consoles, Star Wars and gaming combined was every 10 year olds dream. Needless to say, after 10 years of waiting, this game has some massive expectations to live up to.

Aesthetically, this game is astounding. From the moment it first loads, the game interface is simple, clean and easy to navigate. A nice touch from the developers is shown as the start-up screen is left idle for too long, an animated C3PO and R2D2 drift onto screen arguing with each other. Upon entering a game, the graphics within gameplay are immense. It is clear that a lot of work has been put into the maps, each showcasing amazing details in the surroundings and interactive scenery.

The gameplay itself is nothing short of wild. Developers DICE have managed to create a battlefield situation in the game which is innovative. With up to 40 people in one game, online play can be very intense, almost emulating a Call of Duty type match, on a very large scale. Blaster shots whiz by in all areas of the maps and aircraft zoom low overhead and secret passages and tunnels are a hidden treasure which can lead you out into the midst of the most creative battle scenarios gaming has ever seen.

An unusual thing to pick up on in this game is how satisfying the sound effects are. This sounds weird but believe me, when Star Wars is involved, sound effects are a big thing. Blasters blast exactly how you want them to, Impact Grenades explode piercingly and Speeder Bikes whir just as they did in the film. It is also worth noting that the background music in the menu interface is as perfectly theatrically Star Wars as possible.

However. This game does have some major flaws.

Something highly disappointing in the content of the game is the lack of a story mode. The story mode in Star Wars Battlefront II, the predecessor to this game, was one of the most hard-hitting emotional story modes to any game ever. I had big expectations for this part of the game, so I was quite heartbroken to discover it had none at all.

Adding insult to injury, as there is no story mode, the game only offers 9 different online game types and single or local multiplayer missions. Online play is obviously what this game was aimed at, and it is amazing, yet it quickly becomes tiresome. The depth to the maps is impressive, however there are very few of them. Fresh downloadable content of new maps is on the horizon, but it feels as though the damage has already been done.

Another issue the game flags up is the unlockable content. Having been playing the game for just under a week, I have unlocked over half of the customisable options. It seems that once all content is available; there will be not being much incentive to continue playing the game. It is also worth highlighting that the weaponry content and dynamic of the game is very basic. All guns, despite looking and sounding different, pretty much all act the same way. This pretty much eliminates any need to change weapons throughout the game, resulting in very repetitive combat.

Star Wars Battlefront IS a good game. It is fun, exciting and impressive, everything a new release such as this should be. It does hold the nostalgic feeling that everybody had hoped for, however if it were not for this, perhaps the game would not be so highly regarded as just a shooter in itself. If you are just a casual gamer looking for a blast from the past, this game is definitely worth the money, yet to an avid gamer, it may just end up quite a let-down.