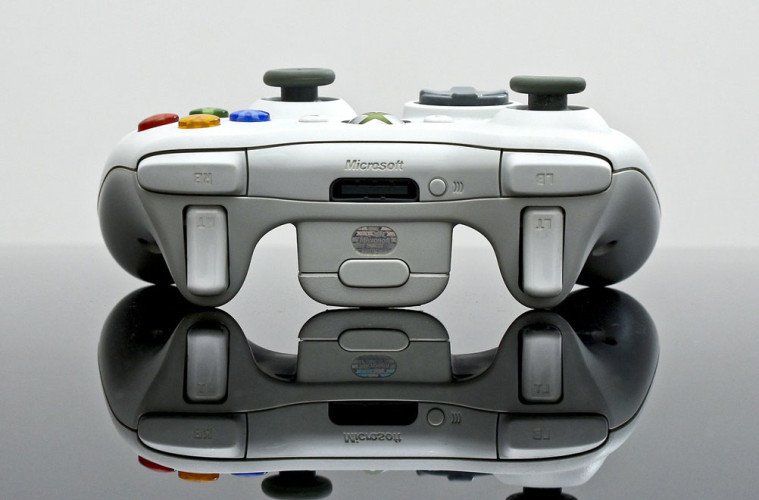 The one word that comes to mind when I think of video games is escapism. Playing a video game allows us to escape our own boring lives and enter a reality where anything is possible. We enter a world where our imagination is allowed to unfold – and in these worlds, we are greeted by some of the most memorable and unforgettable characters the video game world has to offer. But of course, some of them are far more formidable than others. So without further delay, here is what I consider the top 10 video game protagonists.

On the surface, Max Caulfield seems like the typical high school student. However, if you dig underneath her introverted personality, you’ll see that she is one of the most unique characters to hit our consoles in a long time. In Life is Strange, Max finds out she can rewind time, and at first she abuses the ability (because well, who wouldn’t?), but after uncovering the layers upon layers of her personality, she discovers the error of her ways and tries to set things right. What makes Max so great is her relatability, as anyone who has been to high school can sincerely relate to her – plus the girl can rewind time, how cool is that? Also, her interactions with best friend Chloe Price are just priceless… no pun intended.

Now I know this one is a bit of a stretch with it being two characters, but these guys are on the list mainly due to the fact they have undeniable humorous chemistry with one another. Even though the games shifted from a cartoonish adventure in the first one, to a dark and dramatic story in the next, the dynamic duo have remained relevant through their diversity and complete polar opposite personalities. Jak: a brooding… man thing with pointy ears who was once a mute, and Daxter; an orange otter/weasel hybrid with a penchant for sarcasm. These guys will forever be remembered for their creative and light-hearted misdemeanour’s. It’s just a shame Naughty Dog have no plans to revive the series, but here’s hoping… right?

The girl does parkour – need I say more? Well, of course I do because that would be stupid. But anyways, one reason why Faith is a fan favourite is because of her demeanour; she stays cool, calm, and collected in any situation. She is definitely one of the more versatile characters we get to play. She’s also a Runner – a member of an underground group who transport goods by avoiding the city’s security system. Which just makes her more awesome. The only reason why she isn’t higher on this list is due to fact we’ve only played her in one game, and a short one at that. Thankfully, Mirrors Edge: Catalyst seems to be ready to rectify that.

I swear I didn’t put him at the number seven spot due to the fact he’s from Final Fantasy VII, but regardless, he is probably the most iconic and easily recognisable character that has come out of the Final Fantasy series. Easily spotted by his huge sword and blonde spikey hair. Although he may come across as the brooding, dark, and all-around emo type, Cloud does actually have some personality. His just as iconic rivalry with Sephiroth brings it out of him. Final Fantasy VII was also the first game in the main series to be set in a new direction; a more futuristic tone. With that, Cloud paved the way for future Final Fantasy characters to come.

6: Jade – Beyond Good and Evil

One of the most underrated video game protagonists from one of the most underrated video games, Jade is often regarded as one of the best female characters ever – and for good reason. Jade is a photographer, and her mission is to expose the corrupt Alpha Sections on her home planet Hillys. Jade’s main appeal comes from her character design: simplistic, yet memorable. She subverts the common female conventions, and as we stride through this unforgettable and emotional story, we can’t help but root for her. She is the definition of female empowerment in a video game. Plus green is my favourite colour, so what’s not to like?

A mash-up between Disney and Final Fantasy is literally like mixing together ketchup and mayonnaise – it’s actually not as bad as you might think. Sora is an ordinary 14 year old boy (with incredibly huge feet for someone that age), who wields a weapon known as the Keyblade. He soon finds out that he is the only hope of saving his friends and getting back home safely. Yeah, it may sound dumb on paper, but what’s unique about Sora and Kingdom Hearts in general, is that it allows us to relive our childhood by actually roaming around various Disney worlds through his eyes. With Donald Duck and Goofy battling at you’re side, can you honestly say that battling Disney villains in a RPG styled game doesn’t sound appealing? I know I think it does.

I’m mainly talking about the rebooted version for this one. Don’t get me wrong, even though the original incarnation of Lara is most definitely iconic with her two-handed pistols, we got to witness a more humanized version of her in the reboot – a girl who’s not just a powerhouse, but a survivor. She becomes more relatable; she’s not just a figure the player controls, but an actual well-rounded character. Substance gets added to her character; her personality shines through more as we get to explore Lara before her hardened adventurer days, and that’s what makes her so much more impressive.

Yes, Nathan Drake beat out Lara Croft on this list, but I assure you my reasons are valid. Obviously, he was a character created when someone asked what Lara would be like as a male – and the answer: a funny, clever, and charismatic character who stole a many a gamer’s heart. Spanning over three video games (and a soon to be forth one), Nathan Drake has become an iconic mascot for the Playstation due to his sarcasm and witty humour. Even though the next game in the Uncharted series may be the last, Nate’s legacy will live on in almost every gamer’s mind… not to make this sound like an after school special.

The Witcher himself just misses the top spot of this list, but by no means should just be regarded as “second best”. He may seem mono-toned for most of the series, but he is actually a fully realised and fleshed out character. In the books he first appeared, and the games which incarnated him to the small screen, he is savage monster hunter and a figure in the series historical lore. What he lacks in expression he make up for in his subtle one-liners, and of course his obvious hate in portals. Geralt is definitely one character you don’t want to mess with.

Of course Commander Shepard was going to make it to the top of my list. Although Femshep is the more iconic of the two versions, either one is just as great. The reason Shepard is number one is because of how personal the character is. Shepard is essentially you: the player. Choosing the gender to customising how they look, the role of Commander Shepard offers one of the most personal video game experiences. You also get to choose what type of personality Shepard has (I’m a renegade Shepard all the way). Also, the unique roster of companions available set up some of the most exemplary exchanges in dialogue. Through Shepard, you can enter intimate relationships with these characters, and you actually feel like you have made friends with them. Overall, Shepard just wins – hands down.

So yeah, this article just happened – and I can already hear the opposing arguments to who should and shouldn’t be on this list. All opinions are valid of course (except in this instance mine are right). Obviously, I’m just kidding – but hopefully this was a good distraction from your busy lives, and you’ll continue to read more of the articles to come. But for those who think characters such as Mario or anyone from a Call of Duty game should be on here, well… to each their own I guess.