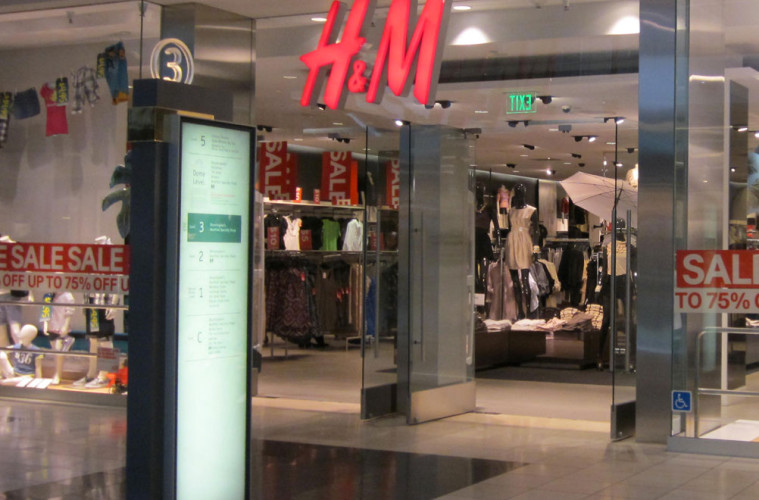 Balmain made the decision to release a collection through H&M, released last Thursday. We don’t have exact figures yet, but it’s been the most successful collaboration that H&M have had to date. If you’re thinking the collection is out of a student price range, you were right. Even more so now that it’s all on eBay for five times the price.

Since Balmain himself died in 1982, critics say the design house slipped into a brand that was almost irrelevant. In 2011, at the age of 25, Oliver Rousteing took Balmain from the ashes to produce what is now considered one of the high players in the fashion world. Embellished and extravagant pieces are a trademark Balmain look, and this hasn’t changed for their collaboration with H&M.

The collection was promoted through three of the most high profile models; Kendall Jenner, Gigi Hadid and Jourdan Dunn. With over 50 million Instagram followers between them, I can imagine this was a huge boost in sales.

We’ve known about the collection since May this year, when Kendall wore a piece to the Billboard Music Awards. H&M X Balmain is just what you would expect: beautiful, gold and a little over the top. Geometric shapes feature heavily, with emerald green and hot pink consistent colours throughout. Similarities between this collaboration and Balmain collections can definitely be seen, but toned slightly down for the high street.

H&M have collaborated with high fashion designers since 2004, when they worked with Karl Lagerfeld. Stella McCartney, Alexander Wang, Cavalli and Versace are among the other designers who chose to work with the high street brand. The Versace collection is rumoured to have sold out within 30 minutes.

Shoppers camped outside some certain stores to get their hands on H&M X Balmain for over 24 hours, with some stores being forced to allow 20 shoppers at a time with a 10 minute shopping allowance. The collection was sold out within hours, not surprising considering Olivier Rousteing normally sells his designs with Balmain for thousands of pounds. The most expensive piece in the H&M X Balmain collection was a long sleeved mini dress, retailed at £649. A reasonable price if you feel like being booted out your student accommodation for failing to pay. “But, haven’t you seen my H&M X Balmain sequin dress?!”

Some items are already on sale on eBay for almost five times the retail price. One dress, modelled by Gigi Hadid is now on sale for over £600, after being bought in store for £280. Not really within the student price range, but I’m holding out hope that someone’s secretly bought me some H&M X Balmain for Christmas.