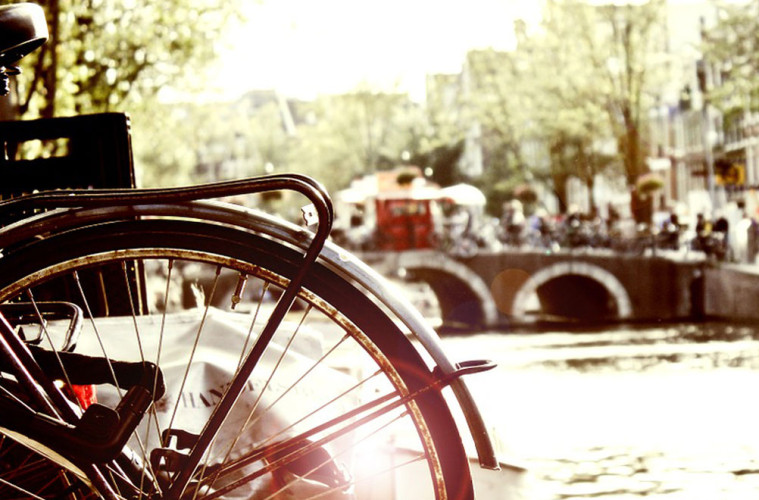 Amsterdam is a city of two reputations. It can be seen as an immensely beautiful place with its canal side cafes and its range of museums and galleries. But recently this city has also become known for being party central amongst young adults and rowdy hen and stage dos.
However, to get a real sense of Amsterdam, you have to walk through its city centre.

Its heart lies within the flowing canals and cobbled streets. Whether you decide to walk along the canal edges, take one of the canal cruises, or simply gaze from one of the many bridges doted around the centre, it’s hard not to take in the sheer beauty of something so simple and picturesque.

The lack of cars and motor cyclists is one of the things which make this city so peaceful. The majority of people in the centre of the city either travel by bicycle, or foot, or most people are very polite, friendly and extremely happy to help.
This is a city which makes visitors feel free and liberated as locals are less judgemental and much more respectful towards everyone they encounter whether you be local or tourist.

The thousands of bicycles on every railing and every bridge in particular make this city pretty and unique. A number of the bikes are not even chained up, giving the feeling simplicity and honesty. Amsterdam works as a wonderful escape from the manic and modern reality of Britain with its fast cars, furious drivers and angry pedestrians.

This is also an extremely romantic city.
The gorgeous sites make this a wonderful place to be with the one you love as the basic nature of the city allows you to focus on each other, and soak up the incredible atmosphere. Alisha Campbell, a tourist who visited Amsterdam earlier this year for her boyfriend’s 30th Birthday, explains to me how she doesn’t find it to be romantic in the same sense as “somewhere like Paris”, but believes that “if you choose to make it romantic” it is a truly special place to be.

The history surrounding the city is incredibly interesting and extremely easy to discover.
One of the most remarkable and most overwhelming places to visit is the Anne Frank Huis. This is an interactive museum built within the actual house that hid Anne and the Frank family during World War Two.
Visitors get the chance to walk through one of the most famous hiding places in history and see items and pieces of furniture, such as the actual bookcase which concealed the entrance to their hiding place. This museum creates an immense feeling of awe and admiration as it gives visitors the chance to not only visit 1930’s Holland, but the world in which many people were forced to live. A truly inspirational place to visit.

Body Worlds: The Happiness Project is also incredibly interesting. This is a museum which features more than 200 anatomical specimens of real human bodies that show the complexity, resilience, and the vulnerability of the body. Visitors get to see how their organs work and the effects of common diseases up close and personal, rather than through their television or a book. This museum is different from any other not only in Amsterdam, but the world as it’s the first of its kind to be based on a donor programme meaning that the exhibit made up of all real bodies and organs that have been donated to science.

Amsterdam is definitely one of the worlds must see cities. It works as the perfect escape from normality as it has a wonderful range of fascinating sights and an historic atmosphere which will simply delight and amaze visitors.