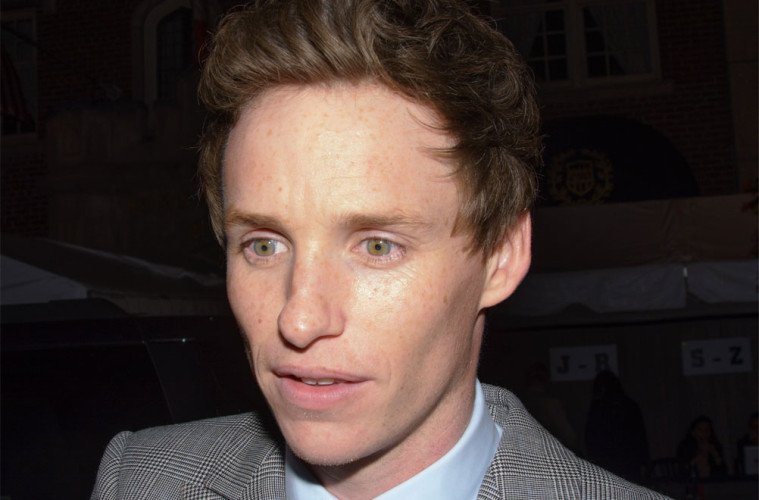 At just 33, man-of-the-moment Eddie Redmayne is the second-youngest British actor to have won an Oscar. His success came from his performance in the Stephen Hawking biopic The Theory of Everything which earned him as much popularity with audiences as it did with critics. But just where has this young actor come from, enchanting the camera with a trio of freckles, lips and those cheek bones?

You’d be forgiven for thinking that Eddie Redmayne first appeared on screens in Made In Chelsea, such is his posh accent. In actual fact, he attended Eton College before going on to study History of Art at Cambridge, graduating in 2003. Redmayne’s first major acting role came in 2007’s Savage Grace, which starred Julianne Moore and in which he played the schizophrenic, incestuous and murderous son of the heir to the Bakelite plastics empire. Perhaps not the best role to show your Grandma how well you’re doing in the acting world, but the role hinted at Redmayne’s magnetic screen presence.

2007 also saw Redmayne don a pair of breeches in Elizabeth: The Golden Age as Anthony Babington, famed for plotting to kill Elizabeth I. There must have been something very comfy about those Elizabethan ruffs as the following year he returned to the royal court, this time in The Other Boleyn Girl. Redmayne’s career to date has, in many ways, been defined by the historical costume drama, and in 2009 he took on the role of a British Nazi sympathiser in Stephen Poliakoff’s Glorious 39, a poorly-reviewed (but not without merit) spy thriller.

By this point, Eddie had been putting his distinctive looks to good use, modelling for the likes of Burberry alongside Alex Pettyfer and Cara Delevingne. Indeed, he frequently tops polls of Britain’s best-dressed men (talented AND stylish!). Whilst he had attained an undeniable degree of success, Redmayne was far from a household-name, instead quietly taking on a wide range of roles, from an aspiring film-maker in My Week With Marilyn to the powerful TV war drama Birdsong. And then Les Mis happened.

Whilst endless singing might not be everyone’s cup of tea, Eddie’s turn as Marius Pontmercy in the epic musical secured him plaudits-aplenty, with The Telegraph‘s Robbie Collin describing him as “a flash of lips and cheekbones [that] breaks every heart in the cinema. During One Day More, when he sings “My place is here, I fight with you’, the line runs you through like a Rada-polished bayonet”.

The Theory of Everything followed last year, earning Redmayne the greatest acting accolade in the form of a little gold statue, and he certainly seems to be capitalising on that success. New Year’s Day will see the release of The Danish Girl, in which he plays the first person to undergo sex reassignment surgery. Oh, and a trailer just dropped for J K Rowling’s Fantastic Beasts And Where To Find Them, featuring him as wand-waving Newt Scamander. All in all, it’s safe to say that the future is pretty bright for Mr Redmayne.