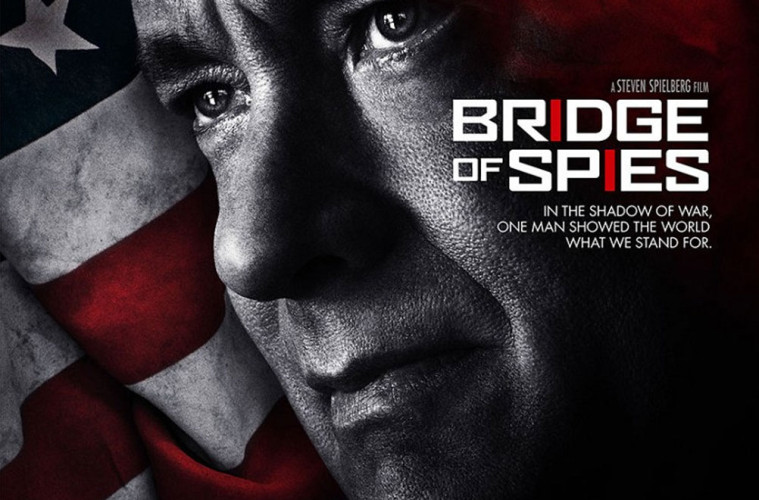 When you look at the personnel involved in Bridge of Spies; Steven Spielberg at the helm, The Coen Brothers writing the screenplay, Tom Hanks in the starring role and Mark Rylance providing support, it’s hard to recall a more star-studded line-up.

With this is mind, it is almost inevitable that people will leave the cinema without a tinge of disappointment – living up to the hype is perhaps impossible. That’s not to say that Bridge of Spies is a bad film. In fact, it’s a good film – but nothing more.

The film deploys a two act structure – the first in 1957, depicting James Donovan’s (Hanks) effort to give Rudolf Abel (Rylance) a fair trial, after the latter is suspected to be a Soviet spy. The second, taking place in Berlin in 1962, portrays attempts for a prisoner exchange between Abel and an American soldier.

It is undoubtedly impeccably crafted, but it all feels rather safe. It is a film crying out for a dose of cynicism – never do you feel that Abel is a hated figure, just someone who’s not particularly loved. The disappointing thing is that we know Spielberg isn’t afraid to delve deeper into representations – his depiction of Abraham Lincoln in the 2012 film was focused on his extraordinary skills to unite a country, but also the fact he was incapable to do such a thing to his own family.

The only similarity with Lincoln is the possession of a truly world class performance, in this case, from Mark Rylance. It is a performance built on restraint and collectiveness, much like his portrayal of Thomas Cromwell in the BBC series Wolf Hall, but it is all the more powerful for it.

Perhaps it sounds as if my review is damning, but there are nice touches of humour, especially regarding Abel’s demeanour, and it is undeniable that the film is enjoyable whilst being viewed. But it is also indisputable that the film is impact-less, due to its economical rather than emotional approach.

It is another film that fails to live up to the hype surrounding it, it is not the first and certainly won’t be the last. But at least in this case we can savour some impeccable craftsmanship and a tremendous supporting performance.