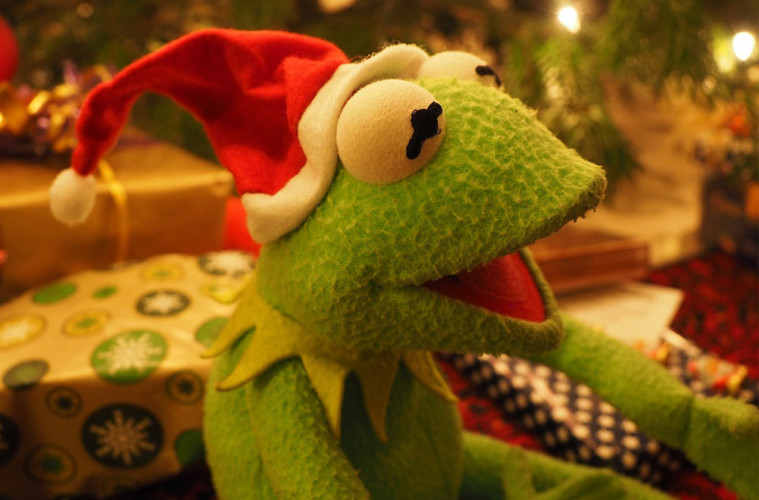 There’s a lot to love when it comes to Christmas. Whether it be the food, the drink, the presents, or just the festive cheer in the air, there’s really something for everyone in the run up to the New Year. However, one area in which Christmas is severely lacking, is genuinely good festive flicks to enjoy when it is too cold to venture outside. Sure, you’ve got your Love Actually’s and your Home Alone’s, but one’s little overly sweet and the other has some seriously dark undercurrents of child neglect and attempted murder. I realize some of these film’s christmassy credentials may be a little shakey (Christmas is very much in the background of some of them), but trying to find a selection of quality festive entertainment is a lot like trying to win a family snowball fight; sometimes you have to bend the rules a little…

The first film on the list is also perhaps the most thoroughly festive. This hilarious, touching and heartfelt adaptation of Charles Dickens’ classic tale about three ghosts and a man who cannot stand Christmas features all the classic muppets, from The Great Gonzo to Kermit the Frog. However it’s heart and soul comes from national treasure Michael Caine, and his turn as one Ebeneezer Scrooge. Perhaps one of Caine’s most underrated performances, he truly gives his considerable all, even when surrounded by what are essentially cuddly toys getting a little too personal with a crew of adult puppeteers. Seriously, if you aren’t feeling festive yet, put this on and experience a kickstart to your festive cheer like you have never experience before.

Forget the birth of Christ, and witness the birth of John McClane. Bruce Willis completely inhabits perhaps the greatest action hero of all time, in what is seen by many as the best action flick ever. A New York police officer is caught in the wrong place at the wrong time, as he is trapped inside a skyscraper with a team of professional terrorists, led by Hans Gruber (Alan Rickman), and a group of hostages including his estranged wife (Bonnie Bedelia). It’s the film which saved Bruce Willis’ career, as he shows brains, brawn and sheer desperation trying to outwit and survive his murderous adversaries. It’s christmassiest moment? McClane writing “Ho Ho Ho, now I have a machine gun” on the corpse of a recently defeated terrorist, after liberating the foe of his weapon and sending him down the lift for the rest of his crew to discover.

This horror/comedy brings disturbing but genius practical effects, genuine laughs and perhaps the cutest movie creature ever together, mixing them into a grimly comedic treat perfect for darker Christmas viewing. An incompetent but goodhearted inventor searches for a more unique gift for his son at Christmas time. He happens upon a shop filled with strange antiquities, and a creature known as a “mogwai”, which he decides would be perfect for his boy. The mogwai comes with three rules however: “no bright light, don’t get him wet and never feed him after midnight, no matter how much he begs”. Needless to say, the present goes horrible wrong, and a plague of destructive creatures are unleashed upon the small town. It’s a nightmarish retelling of the saying “A dog is for life, not just for Christmas”, and it’s brilliant.

Although Christmas exists solely of the peripheries of this brilliant film, there is nevertheless something undeniably festive about the postcard perfect image of Bruges at Christmastime. Without giving too much away, the story goes that rookie assassin Ray and his partner Ken must hide out in Bruges after Ray’s last hit goes horribly and tragically wrong. Much of the charm of this film comes from the interactions between Ray and Ken, with a perfect script to play off and a setting to match. The tone of In Bruges is perfectly melancholy, and Brendan Gleeson and Colin Farrell are brilliant as the two hit-men. It’s a somehow both hilarious, and a complete bummer, but it’s excellent and utterly unique.

Any hint of Christmas schmaltz is utterly wiped out in this dark comedy parable about a bad tempered thief and his attempts to find some kind of purpose at Christmas. Willie T. Stokes, played by Billy Bob Thornton, has had enough of impersonating a mall Santa in order to rob shopping outlets once a year, and has a become a depressed, alcoholic and erratic shell of a man. However, a small boy meets the thief and, surprised by the kindness which the boy brings out of him, Stokes begins to wonder if he has a good side after all. Thornton is one of those actors who is never better than when playing washed up scumbags, a talent which is never better displayed than when playing the utterly shambolic and filthy in every way Willie T. Stokes. This is one for the scrooges out there.