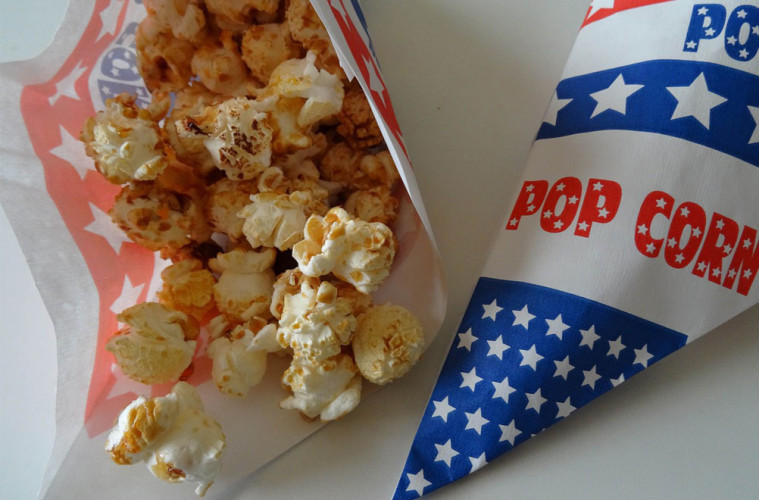 Five Films You Should See This December

With the juggernaut that is Star Wars: The Force Awakens almost upon us, many of us may be asking ourselves, are there any other films even coming out this December? Come January 2016 it will almost be time for Quentin Tarantino’s new flick The Hateful Eight, Rocky sequel/spinoff  Creed and Birdman director Alejandro Inarritu’s new project the Revenant, which is lead and supported by Leonardo Dicaprio and Tom Hardy respectively. What will we have to spend our Christmas dinner’s talking about, what will make a trip to the cinema worth braving the harsh colds of a British winter for? Well, I bring tidings of comfort and joy friends, here are just a handful of the other stocking fillers coming to cinemas near you in the dying embers of 2015:

Pawn Sacrifice tells the true story of Bobby Fischer (Tobey Maguire), an american chess legend who rose to fame during the 1960s, and his clash with soviet grandmaster Boris Spassky (Liev Schreiber) for the 1972 World Chess Championship. The film centers around the pressures put upon these two men by their nation’s governments, and Fischer’s struggles with genius and madness in equal parts. Available in America since September, high praise has been given to Maguire’s performance, apparently showing audiences a darker side to his usually more jovial roles. With Edward Zwick (the director of Blood Diamond and the underrated Defiance) behind the camera, this should be a nail bitingly tense account of a true clash of titans.

If it’s a Christmas film you want, look no further than Krampus. Though Elf, it is not. Krampus is more in the tradition of Black Christmas, or Gremlins. A darkly enjoyable film which brings both frights and laughs, it tells the tale of Max (Emjay Anthony) a young boy who has had enough of his dysfunctional family and after yet another clash over Christmas, turns his back on the festive spirit. However by doing so, he summons an ancient demonic presence to his house which then lays siege upon his family. The film brings together comedy regulars such as Adam Scott (Parks and Recreation), Toni Colette (Little Miss Sunshine) and David Koechner (Anchor Man). Helmed by Michael Dougherty of Trick ‘r’ Treat fame, expect to laugh and scream in equal measure.

This is the big one. The one that you can’t escape from no matter where you turn. Every advert for Toys R Us shows a new lightsaber, every child is clamoring for the Star Wars advent calendar. The new entry in the Star Wars canon picks up thirty years on from where Episode VI: Return of the Jedi left us. Episode VI: Brings a whole roster of new characters, lead by Finn (John Boyega) and Rey (Daisy Ridley), as well as much older favourites Han (Harrison Ford), Leia (Carrie Fisher) and Luke (Mark Hamill).  Details about the plot are being kept very close to the chest, but the trailers look nothing short of magnificent. This is going to be huge.

Mix a monstrous cast including the likes of Chris Hemsworth, Cillian Murphy and Brendan Gleeson with legendary director Ron Howard of Rush and a Beautiful Mind fame, and what do you get? A must-see film which hits UK cinemas bang on Christmas day. Supposedly based on the true story which inspired Moby Dick, In the Heart of the Sea follows the fate of the crew of a whaling ship in the 1800s. The ship is preyed upon by a sperm whale, and the whalers are stranded at sea for 90 days. Completely isolated and thousands of miles from home, they are forced to fend for themselves against impossible conditions. In the Heart of the Sea should be a great survival story if your looking to abate those post-Christmas blues.

To round up this list is something a little different. The post-punk Nottingham band Sleaford Mods, made up of Jason Williamson and Andrew Fearn, have been active since 2012. Course, abrasive and definitely not for everyone, their music focuses on politics, class and society in England. Their documentary Invisible Britain is being shown at select theaters around the UK at the above dates, a quick google search will pull up a complete list of the locations. At a time when “broken Britain” could be said by some to be an understatement, this half band biopic, half social issue documentary may prove to be vital viewing.