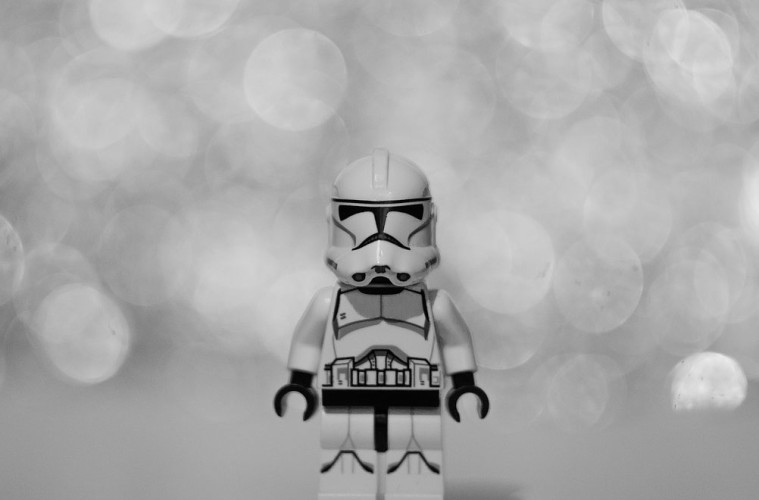 Ten years after the most recent Star Wars film, and thirty-two years after the last decent Star Wars Film, Episode VII has finally been unleashed upon the British public. With Disney pasting Star Wars branding on anything it can, and force fever brimming at an absolute fever pitch for the past week, there is just one question on everyone’s lips. Does it live up to the hype? Sixteen years ago, The Phantom Menace was released to the mercy of Star Wars fans who were foaming at the mouth for more of George Lucas’s universe, and it is a film now synonymous with the word disappointment. Has Disney finally delivered a worthy follow up to Skywalker and companies legacy? Just to be safe, this review is spoiler free, so have no fear and read on.

From the opening shots, it is clear that this is unequivocally a Star Wars films. The camera pans down from the trademark opening text, and we see the Jakku, a new and unfamiliar planet. Within seconds, an ominous score begins, and the planet is eclipsed by a huge, and clearly menacing ship. It looks, sounds and more importantly feels like Star Wars, and Star Wars in 2015 at that. Science Fiction has rarely looked so stunning, and so fully realized. Under J.J. Abrams direction, the Star Wars universe is brimming with life. A brilliant choice has been taken to try and stay away from unnecessary CGI, and it pays off wonderfully as even background characters and environments seem completely real. Hopefully, we will see other blockbuster releases begin to realise that sometimes CGI isn’t the best choice, and follow Abrams example.

The new cast of characters are a joy to watch from start to finish. John Boyega and Daisy Ridley lead the way with excellent performances as down-on-her luck scavenger Rey and ex-stormtrooper Finn, roles which showcase the actor’s talents for both comedic talent and emotional depth. The pair are the main drive of the narrative, and match the excitement and flair of J.J. Abrams’ visuals perfectly. Oscar Isaac’s charismatic rebel pilot Poe Dameron is responsible for some of the Force Awakens most enjoyable moments, especially when bouncing off Finn. BB-8, the R2-D2 of the new trilogy, walks a fine line between excellently executed comedic relief and sometimes tedious scrappy doo, but is enjoyable nevertheless. Kylo Renn however, Adam Driver’s excellent antagonist, is perhaps one of the strongest elements of the film. His character is tormented, misguided, tragic and terrifying, and Driver’s unnaturally cold performance is an inspired match. Ford, Fisher and Hamill all return as their old characters, and it is ridiculously fun seeing where the story has taken them in the thirty year gap between episodes VI and VII. The balance of old and new characters and their screen-time is spot on.

Overall, the story is just self-contained enough to not put off any newcomers to the Star-Wars universe, however perhaps a brief background on some characters wouldn’t go amiss. At it’s core, Episode VII brings Star Wars back to it’s roots as a family drama wrapped up in a galactic space conflict, which gives the film a real sense of a passing from the old characters to the new. One element to the film with which it falls down on however is that the narrative flow is a bit too similar to the very first movie in the franchise: A New Hope. However, enough emotional heft, spectacle and new characters and locations are packed in to the two and a bit hour run time to make it fly by faster than a TIE fighter. The film doesn’t give in to complete fan service, but inevitably there are snippets of dialogue, shots and music for eagle-eyed viewers which reference the older films.

Perhaps the most enjoyable element of the film, for fans of the franchise and not so keen audience members alike, is the sheer sense of fun which is injected into the story. It has moments of laugh-out-loud comedy, most of the time skillfully mixed into balls to the walls action. And in terms of action, this is the best Star Wars has ever had by a long way. Overhead dog fights between X-Wings and TIE fighters are enthralling to behold, and the ground battles have been deployed on excellently produced practical sets with modern day special effects, grounding the blasters and lightsabres in an utterly convincing futuristic reality. The climactic lightsabre fight is less computer generated back flips, and more actual human drama played out fiercely with clashing weapons, and is both aesthetically stunning and shockingly intense. The film races from one thrilling set piece to the next perhaps a bit too fast, with some scenes which seem over too quick and would benefit from a bit more time to breathe.

Star Wars: The Force Awakens is an absolute joy of a sci-fi movie, perhaps even more so than last years Guardians of the Galaxy. These moments of joy contrast excellently with the film’s darker, more somber moments and makes them all the more poignant. It is this characteristic which the prequel trilogy seemed to lack, and if this level of quality continues throughout this new generation of Star Wars films, then roll on Episode VIII.