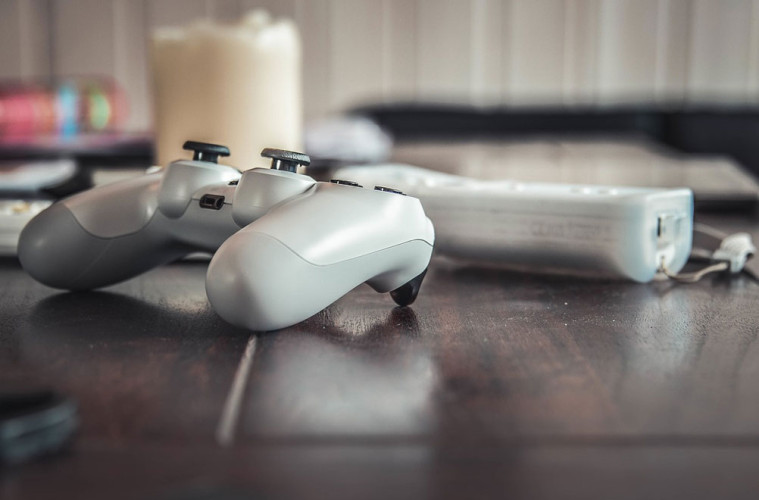 Why The Video Games Of Today Are Just So Darn Good!

When I was younger, I specifically remember my parents hating the fact that my eyes were attached to the screen when playing video games (not literally of course that would be weird). But they would yell from downstairs for me to come down and eat my tea, but you know, I was just having so much fun playing games such as Sonic Riders – don’t judge! Anyways, despite skipping meals just to play those games, I had a blast – and when my elders disapproved, I always thought to myself “why do they judge me so?” So maybe it’s about time to explain why, in fact, today’s video games are just so darn good.

Firstly, many games usually try to induce some sort of moral around their plots. I’m obviously not talking about games such as Grand Theft Auto, because kicking old woman and “ladies of the night” (if you get my meaning), is not that moral – even though that series is awesome. But back on track, many games teach you a life lesson. Take the Pokémon franchise for example; without sounding too cheesy, these games teach you the power of friendship, and let’s not forget of course the way it teaches you that it is okay to lose. Games which teach you these sort of morals from an early age are the ones that stick with you in your mind… okay maybe that cringe-worthy paragraph didn’t sound too persuasive. Still not convinced? I don’t blame you… let’s move on.

The story! In games released probably 2005 onwards, the story and production rivals some of the biggest Hollywood blockbusters to date. You can literally play them for hours and hours without getting bored, because you can just immerse yourself in the event unfolding on screen. Of course I got out of my seat every once and a while to, you know, eat and drink, (hey I still had a life, guys!), but when you play these games over long periods of time, your creative juices just flow out (eww!) and you just get inspired by how good it yes. Look at the Mass Effect trilogy. Just how god are those game? Now that’s rhetorical don’t answer that. But anyways, those games were literally the epitome of top-notch videogames. The narrative, characters, everything. Get your elders parents to play these games, and if they still think videogames are a bad idea, well then there must be something wrong with them. Like, seriously.

The quality of video games have vastly improved over the years. No longer do we have to suffer through the dreadful lifeless view of Pong, or the little 8-bits of Pac-man: compared to today’s standards of course, not going to insult the classics. But look at games like The Order: 1886, or Infamous Second Son – the games are a mirror images of real life. The phenomenal splendour they just emanate, it feels like you’re playing a movie. What more could you ask for? Whenever I buy a new game, I know what I’m in for – a game with amazing graphics, even if the game itself isn’t that good overall; which is the case for nearly all Call of Duty games (sorry, not sorry).

Characters is another. So many memorable characters have been introduced in recent memory – Geralt of Rivia anyone? Yes I know the classics have also given us some iconic ones: Mario, Link, etc. They’ve become a bit too cliché now, time for some newbies to take the spotlight. But today’s characters just have so much more personality. We, the player, can actually relate to these characters now. We form bonds with them, and feel like we have known for our entire lives. I’m not just talking about main characters either. Garrus Vakarian FAR outshined Shepard in every scene of Mass Effect. I literally teared up in my final moments with him. Yes, I romanced him. Yes, I blubbered like a baby. Still scars me to this day *sniffle*.

Overall, today’s selection of video games are just priceless (well not really, they’re horribly expensive), but they are better I can argue that much. The classics are good, don’t get me wrong – but sometimes I feel they’re just… blah! There are only so many times I can replay the same level with a different background Mario Bros or Sonic the Hedgehog. Another problem is that these are also just too short, being able to be completed in just a few hours. Give me a 90 hour long RPG over Pong any day. In my opinion, games don’t get better with age – they’re good as soon as they are created.