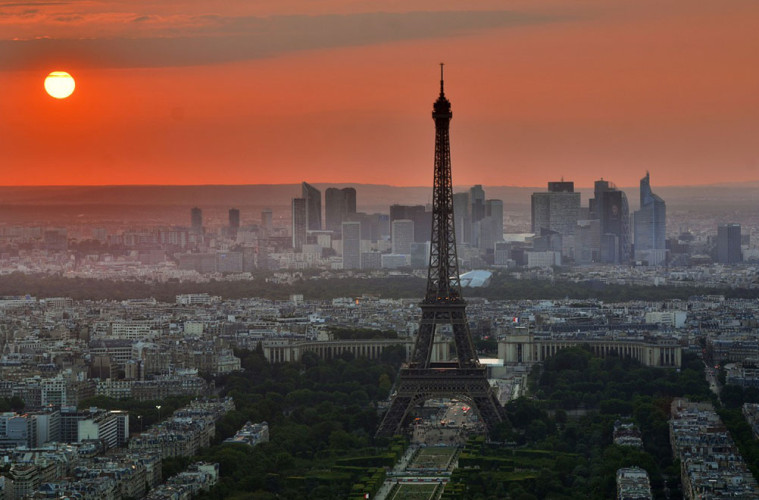 After the terrible attacks in Paris, I became reminiscent of the days I went interrailing. When I arrived in Paris the first thing I realised was that somehow an underground train had taken me across the English Channel into a country without my parents. But as my best friend and I survived our first metro journey (backpacks and all), we were soon becoming used to the French ways.

By the time we made it to our rustic and slightly cramped hotel, we were accommodating to the French. Our first day officially travelling started with walking from our hostel to the majestic Arc de Triomphe. Best way to explore Paris is using the metro or your feet, which is by far cheaper especially for those students who are on a tight budget.

After pushing our way through all the tourists we headed towards the monument that encompasses the beauty of Paris in one building. The Eiffel Tower was by far the highlight of our three full days in the city of love. After only attempting the 2nd floor of the tower we made our way around several other significant touristic sights such as the Musee Rodin, River Seine and ending our first day of travelling with the beautiful Louvre which stole our hearts with its simplistic views within the confines of a gothic building. Although we didn’t venture in to see Lisa, it’s worth going if you’re 18 or under as it’s free with student ID.

Day 2 of travelling consisted of exploring the beautiful and famously noted Disney film Notre Dame. The looming towers are breath taking sight that requires you to crane your neck so high you will need a massage after to get the cricks out because I for one could not stop staring at that magnificent building.

As we were moving onto our next sight-see, we came across a fantastic little bookshop named Shakespeare and Company, which definitely requires a visit if you’re a book enthusiast like myself. As we meandered through the streets of Paris we decided to head to the elegantly white Sacre Coer, which is definitely worth walking up the million and one stairs because the views are fantastic, without a doubt the Sacre Coer trumps the views seen from the top of Eiffel Tower. Just a word of caution, be careful of pickpockets as there are many street sellers on the walk up.

After a less hectic travelling day we went for a midnight viewing of the Eiffel Tower and by gosh it was an experience. We found ourselves a patch of free grass to sit in front of the tower and noticed that locals sipping on red wine and nibbling on cheese surrounded us. Watching the sun set behind the tower was absolutely mesmerizing and this experience was made even better as it was free and deserved the recognition. It was the most delightful way to end our days in Paris with merry singing and I will always remember France in this joyous manner.