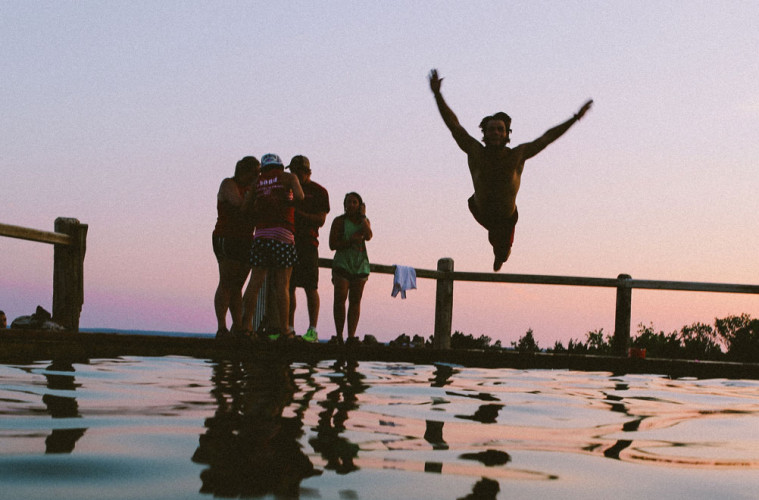 10 Things About Being Part Of A Large Group Of Friends

It’s said that the friends you make at university will be your friends for life. And usually, that means you’ll have a lot of friends and your identity will change to become part of a bigger one, because at university you tend to socialise in groups. Whether you’re lucky to have been allocated in a flat full of awesome people, or you study something you really enjoy and bond over it with your course mates, or you are part of a great society where you find many likeminded people, you will become BFFs with more than two, or three, or even ten gorgeous people, and you will probably be able to identify with at least one of these ten group experiences:

Finding seats in lectures can be frustrating

If you’re in a large group of friends and you’re all always trying to sit together, there’s not always space for everyone. There’s a lot of texting about saving seats and you often end up taking up most of the seats in a row and no one else wants to sit in the same row cause you basically look like a scary wall. If it’s too busy however, there’s often that unlucky one who comes a bit late and gets to sit one their own and ‘socialise’ with other people. The rest of the group will hear many complaints afterwards.

Forget about secrets
It’s definitely not a secret if more than two people know it. And in a large group of friends, everything comes out during a drinking session. Your friends will all contribute with a piece of your story until the puzzle comes together nice and loud. You will never be able to keep secrets. Ever. The whole pub will know.

So which one is the best friend?
Well my best friend, well one of them, like, the best friend that I have lunch with, not the one I go for ice cream with… Being part of a bigger group means you’re all just as close to each other, and  you can’t single anyone out. It’s a chore identifying which best friend you’re talking about. You end up giving up and saying ‘well my guys think’ (the word ‘my’ being crazy important) cause you realise that your group acts like one whole person in your life.

Interventions
If one of you is not behaving like themselves, or not realising they’re falling behind (in life, within the group etc), you must be sure that, there will be a gathering where said person’s life will be thoroughly discussed and a plan of intervention shall be made. This may result in a whole group chat, or in casual hints from each member. Interventions do happen a lot, not only in ‘How I Met Your Mother’.

Telling a story over and over again
What happened last night? Well, you’ve already told one or two of them, but you couldn’t possibly send ten messages and cope with all the replies. The ones that already know however will contribute to your story every time you have to repeat it. And they will add. And you will end up with a lot more than what actually happened.

You have ‘a guy’ for everything
Someone crafty who can make magic out of all your bar crawl t-shirts and make you stand out as a group? Someone who will be able to answer your difficult science questions that are really just common sense that you lack? Someone to ask about how much salt to put in pasta? You get the picture. A big group of friends can be extremely helpful to have because of the variety of skills it brings into your life. You will always have someone to call in case of need.

People get left out
Sometimes, because there’s so many of you, someone may be very innocently forgotten when making plans. Or said plans may be made through lots of group messages when one of you may have been too busy to see and completely missed everything. So often, somebody’s upset and they feel left out and the other’s must tell them how much they’re really loved and all of that.

A group specific sense of humour
The jokes you make within the group? Never, ever, make them without the group. No one else will find it funny. You’ll get weird looks, because other people, who aren’t one of ‘the crew’ are boring and do not understand why a seahorse having babies is even a topic of thought, let alone a joke!

Endless notifications from a weirdly named group chat
The group chat name get’s changed every time a joke is too great to be forgotten. And often they’re pretty weird. And you get endless notifications (group chats are a bit of an overly attached girlfriend on your phone) from ‘goat lovers society’ that make other people worry about who in the world you’re socializing with.

You can totally identify with at least one character from Friends
You have a main flat, and you have found your own Central Perk in some pub near the university. You gather there with the latest news and worries, and you might even have talekd about which Friends character each of you would be. Oh and, when ‘I’ll Be There For You’ starts playing in a club, it’s not just a great TV series song, it’s your song, and you’ll scream it until your lungs hurt.