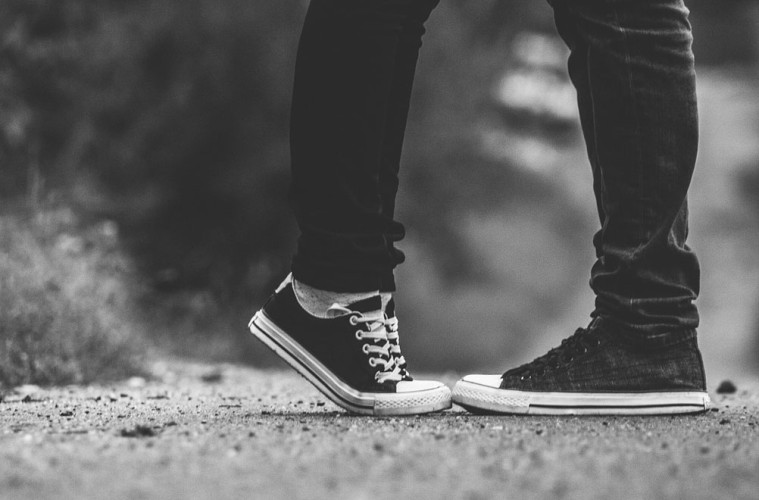 5 Things No One Ever Tells You About Relationships

Before you get into your first relationship, it’s fair to say you spend a lot of time imagining what it will finally be like to take the ginormous step from being ‘single’ to ‘taken’ (and the even bigger step of changing your relationship status on Facebook).

Relationships are, for the most part, made out to be untrue-to-life. We have very little to base them off – the few people we know, including our parents, grandparents and a few of our pals; and television. There are two definite edges when it comes to the portrayal of relationships on TV.

They’re either 1: Perfect love stories found in lengthy films titled something suitably soppy like ‘evermore’ or ‘sweet beginnings’, where you can expect an abundance of passionate kisses, poetic declarations of love, and usually a dramatic event that works as a magnetic pull to drag the couple closer in their own little perfect world that they exist in together. Or they’re 2: The sit-com relationship, riddled with arguments and sarcastic comments, with one partner constantly questioning why they’re still in the relationship so that you’re left wondering what it was that even attracted this couple to one another in the first place.

But are relationships really like any of these portrayals? What are they actually like? Here’s five things no one ever tells you about relationships:

1. You become scarily dependant on your partner

Queue feminists around the world stamping their feet and declaring: ‘I am a strong, independent woman!’ Because this is something no woman-or man- likes to admit. But, whether the phrase ‘I need you’ ever does slip out of your mouth, when you try and imagine your life without your partner now, it scares you to the point of hyperventilating. There’s nothing to be ashamed of admitting this- love is a strong emotion, with studies suggesting the feelings it produces affect the brain in the same way that drugs do, so no wonder you’re feeling so dependant. That’s not to say you can’t go to the shops without your partner strapped securely to your side, but there’s certain points in your life that require another person to vent to, cry on and celebrate with, and you don’t know what you’d do without them.

2. You’ll spend 70% of your time in bed
This is a realistic figure. And it’s not even suggestive- I’m not talking about ‘Netflix and chill’ (unless you are in fact carrying out the literal definition if this by watching a film). It’s just that you really would rather stay in than go out. It sounds incredibly boring to a singleton- you spend enough time in bed as it is; surely you don’t want your relationship to consist of Jeremy Kyle reruns and munching through biscuit multipacks too?- but somehow, by simply not being alone in that bed, staying in becomes far more appealing than braving the outdoors.

3. You still need your own space
So after a long, eventful weekend (of lying in bed) with your partner, you begin to experience a strange sensation creeping over you. No, it’s not that box of Krispy Creme donuts you binged on earlier threatening to make its way back up- this is more serious. Suddenly, you feel a little… Claustrophobic. You find yourself yearning for a bit of space to stretch out and have a breather- alone. You may even feel… Dare I say it? Bored. Then immediately after this sensation is acknowledged follows the thought: ‘why did I just think that? Why don’t I want the attention? What’s wrong with me?’ when in reality it’s actually just a sign that you’re a normal human being. We all feel smothered after spending too much time with someone- we’re single beings, after all, and it’s important that we allow ourselves some alone time. So if you start to feel… Dare I say it? Bored with your partner, don’t worry. It doesn’t mean the relationship is going to end. It’s just a sign that you need some time apart, so that next time you see each other everything is back to being wonderful.

4. You take weird to a whole new level
Suddenly, with your partner, it’s acceptable to do the unacceptable. Sticking your tongues up each other’s noses, holding competitions for the most realistic animal impressions, snorting loudly in each other’s ears… To those of you in relationships, I’m sure this all sounds very familiar to you (don’t lie; you’re totally guilty of at least one if these things, or you could argue something isn’t right between the two of you). So why do we do this? What is it about being with the person you’re most deeply attracted to that brings out this horrifically unattractive side of you? The most likely reason is simply that you’re comfortable with each other. And fooling around like children is probably the biggest stress-reliever out there- you should try it.

5. They’re a lot easier than people like to tell you
All those quotes on Instagram telling us that RELATIONSHIPS NEED WORK are enough to stress anybody out into wanting to be single forever. The truth is, despite the odd silly argument (and I mean silly- it’s not just your parents who argue about who left the window open or who changed the toaster setting), relationships are plain sailing if you’ve found the right partner. It feels no different to having a best friend, and that doesn’t feel like an effort, right? Any strong relationship- no matter what difficulties are entwined into it- is a truly happy experience, and it will only continue to strengthen over time.