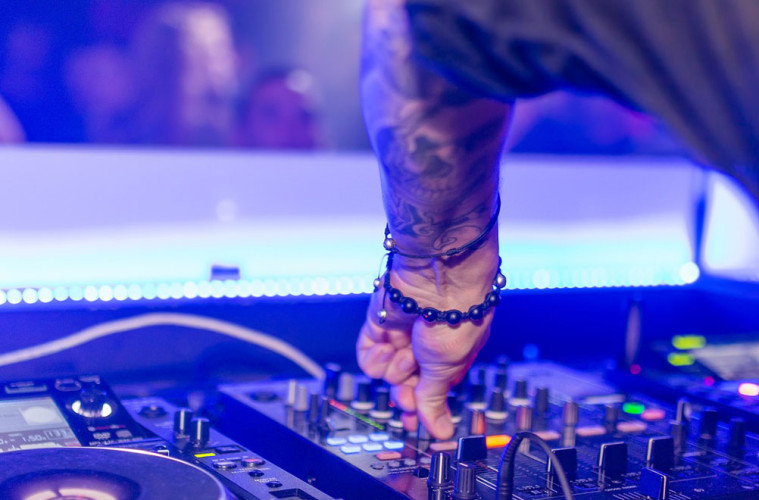 Things You’re Guaranteed To See On A Night Out

These are, of course, the opening lyrics of Andy Williams’ classic Christmas song, ‘It’s The Most Wonderful Time Of The Year’. However, I have a very strong feeling that this song wasn’t written in a J.D. Whetherspoons during the festive period.

Christmas is most definitely a time of increased activity – the shops are packed, people travel more, the train delays pile up, and family time reaches its annual peak. On top of this, drinking consumption inevitably increases. Work Christmas parties, meeting up with old friends from back home for a cheeky night out, or out down the pub with the extended family, you can’t deny the power of booze over Chrimbo, and here are the sort of things you’re guaranteed to see on a night out:

Usually the shortest, skinniest runt of the pack. But not always… I definitely know a handful of lads who weigh upwards of 15st who can’t handle their booze, but I digress. The point is there’s always that one lightweight who has the spotlight on him/her for a brief spell (which is often forgotten about soon after) where water is being forced upon them before the door security ushers them out the exit, before instructing you to kick them into the nearest taxi.

Christmas jumpers are great, don’t get me wrong, but they’re a little bit like England international footballers. You see one and you think ‘yeah, pretty decent’, but put a bunch of them together and they’re difficult to watch. You know it’s time to move on to a different bar when you see a herd of lads wearing matching Christmas jumpers, all juiced up on cheap cider and buying strawpedos at the bar.

The guy who insists on buying everyone shots

He’s the one whose elbow is permanently resting on the bar, supporting the weight of his entire body, for the duration of the night. He’s only had the one pint all night but he’s been nursing it for the past 3 hours because he’s probably consumed the same amount in various shots. Whenever you get within a 2 meter radius of this guy he’ll insist on buying you, and everyone you’re with, a shot for you all. What a guy.

The groups of people who linger outside the VIP section hoping for an invite in. Sure, I’m only in the VIP section because I’m mates with Dave who runs the guest list, but the peasants outside don’t need to know that. The only reason I’ve got a bottle of vodka is because I saved money on the entrance fee and it makes financial sense to buy a bottle and split it between my mates, but nobody else needs to know that. As long as we’re in the VIP section, everyone else looks like Kristen Wiig’s character in Bridesmaids saying “help me I’m poor.”

The fed up faces of paramedics patrolling the town

Put yourself in the shoes of a paramedic…. what a waste of their time it is to treat somebody who’s paralytic simply because they drank too much! Spot them next time you’re on a night out – their faces are the definition of disappointment.

Because nothing goes together better than emotional insecurities and heavy alcohol consumption.

We’ve all been there, when you’re looking after one of your friends who’s dangerously close to being that guy in #1 whilst in the queue for the club, and it’s your job to give him the inspirational pep talk: “Listen up, we’re gonna be at the front of the queue in about 3 minutes, you need to get your ID ready NOW and not say a single word. NOT ONE WORD! Oh, and stop swaying, ACT SOBER!!”

These guys are huge, trained in self defence and have been doing the job for several years. You’ve had a few too many lagers and probably haven’t lifted a dumbbell in 5 years, but I’m sure picking a fight with a bouncer will end up well for you.

A trail of food leading from the kitchen to your bed

Okay, maybe this is what you see the morning after the night before, but this is a near certainty. You can always trace back your steps by following the crumbs, spots of ketchup, excess crisps and, probably, items of clothing between your bedroom and the fridge.