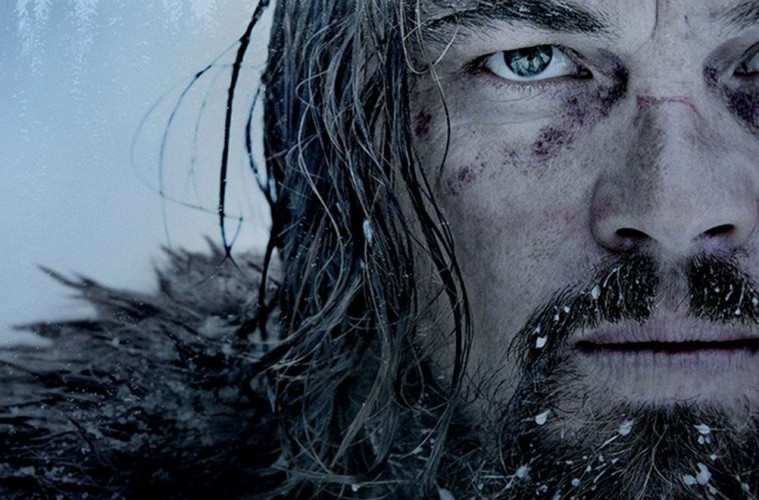 The main question on everyone’s lips at the moment seems to be “will Leo finally win an Oscar?!”. In the past, DiCaprio has been nominated for six Academy Awards and has won…well, none. But all that might be about to change thanks to his latest film, The Revenant which is as brutal and intense as films come.

Just in case you were wondering, the word “revenant” is a noun meaning a person who returns after a length absence. Now we’ve cleared that up, on to the film inspired by the (supposedly) true story of Hugh Glass, a nineteenth-century fur trapper who was attacked by a bear and left for dead by his companions in the wilderness of the American Frontier. In the film, Glass (DiCaprio) is bent on avenging the death of his son who is killed by John Fitzgerald, one of his fellow explorers (Tom Hardy), and drags himself – quite literally – over some 200 miles in search of safety and revenge.

In essence, what you have here is Bear Grylls meets Touching the Void, with a large dose of confronting violence and harsh, unforgiving landscapes. Directed by Mexican film-maker Alejandro González Iñárritu, The Revenant has become notorious in the media for its punishing schedule, spiralling budget, unpleasant shooting conditions and Iñárritu’s unflinching pursuit of the film he envisioned in his mind. DiCaprio’s commitment to the role (which included sleeping in a dead animal carcass, eating raw bison liver and enduring prolonged exposure to cold locations in Canada and Argentina) is unflinching and almost defiant: at one point, he looks directly at the camera as if to say “what more can I do for that Oscar?”.

Iñárritu and cinematographer Emmanuel Lubezki have done a fantastic job of transporting the audience from the warm comfort of their cinema seats and placing them in the bitter, cruel cold of the American Frontier – a land dominated by snow, ice and imposing mountains. The success of this immersive experience is down to several factors. From the very beginning, Lubezki’s camera scythes through the landscape in an apparent single-take, a technique which comes into its own in the sequence which sees Glass come under attack from a grizzly. My toes genuinely curled during the encounter and I would wholeheartedly believe you if you told me Leo was attacked by a real bear.

From a technical perspective, Lubezki’s eye for capturing the natural landscape in all its majestic and intimidating glory is astounding (the majority of the film was shot using natural light) and he allows the camera to approach the actors’ faces in tight close-up. The camera gets so close, in fact, that their breath fogs the camera lens – usually something which shatters the cinematic spell. In this case, however, it only serves to drag the audience in closer with the characters, experiencing their pain and suffering. From plunging down icy rivers, to weathering snow storms and horrendous wounds, the plight of Glass is not just presented to the audience, it conscripts them into involvement.

Iñárritu has a considered sense of narrative pacing which works well to fully-involve the audience. At 2 hours, 36 minutes, it is a long film. But this running time rarely feels indulgent: the beautiful cinematography and assured performances prevent that. DiCaprio’s hurt, anguish and determination is compelling to watch, and Tom Hardy’s gruff and self-serving Fitzgerald fits well with the supporting cast of other British and Irish actors (Domhnall Gleeson as a by-the-book army Captain and Will Poulter as an impressionable young fur-trapper).

The film’s depiction of violence – both from animals and from encounters with the Native Indian population – is uncompromising and graphic. It does, however, fit well with the stark reality of the film. America in 1823 was a violent place, and man was frequently at the mercy of the elements. The denouement between Glass and Fitzgerald had me flinching and gripping my seat with anticipation as those long takes refused to let the audience go from their icy grip.

The Revenant is bold, shocking and committed film-making. I left the cinema feeling exhausted and convinced that Leo deserves that Oscar. There’s really nothing more he can do.