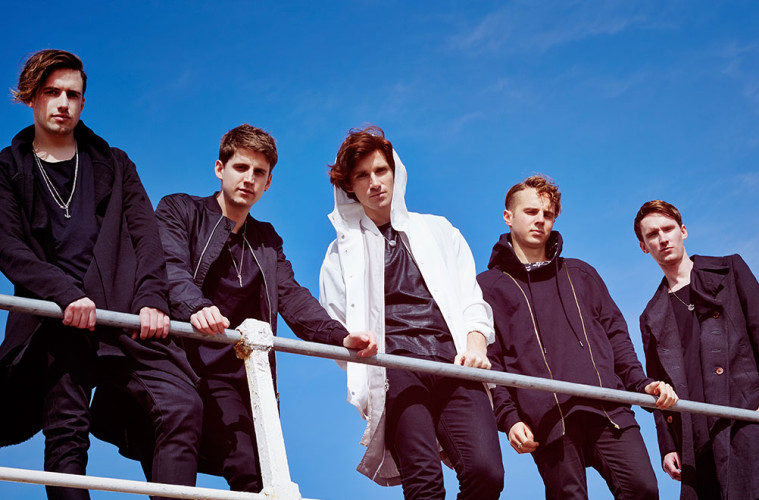 They’ve realised their debut album and even rang some of their fans to thank them for their support. We spoke to Chris from Coasts to discuss their new single ‘You’ and their upcoming European tour…

Between a summer full of festivals and the release of your debut album being so close, you must have had a really busy time this past year. Would you say you’ve been able to balance your time between working and your normal daily lives, or has it all been a bit overwhelming?

We have had a really busy year with touring and finishing the album, but it is what we’ve been working at for a long time now and we were fully prepared for that. That being said, we have still had plenty of time to see family and friends, so it hasn’t been huge strain on us. We are looking forward to touring this album for the next year or so and then we’ll have time off to write the second one!

You found the time to call your biggest fans and thank them, which was really sweet. How did you feel doing that, and did you get any reactions that really made an impression?

We owe a lot to the fans that have helped us get to where we are now, because without them we wouldn’t be here. So for us to take a day or two to speak to people and thank them, which we do after all of our live shows too, was important for us. We had a lot of great reactions from people of all ages and we managed to speak to fans that we recognised from coming to our live shows.

Apart from festivals and the making of your debut album and new single ‘You’, you have had a very successful UK tour and will soon be headlining at Camden’s Roundhouse. What would you say you owe your success to?

We have had to have a lot of faith in what we’re doing. Perseverance has been important because there have been so many times where we could have given up when things weren’t going our way. That has definitely been key.

How are you feeling about your upcoming European tour in March? What are you most looking forward to?

We can’t wait to get back out on the road and tour this album. We’re really proud of the record we’ve made and it’ll be amazing for us to share that with everyone in a live setting. We’re looking forward to playing in cities and countries that we have never been before. Italy is somewhere that we’ve never been as a band and it’ll be exciting to see what reaction we get there. It’s also important for us to go back to places that we’ve been many times before like Hamburg where we have started to build up a fanbase.

What are the pros and cons of tour life?

The pros far outweigh the cons. Pros include playing live music, because that is at the heart of why we are a band, being able to travel the world and see so many places that we maybe wouldn’t if we weren’t in a band and just being around some of your best friends every day. You do miss your friends and family too, which at times can be hard. I also miss being able to cook my own food because that is something that I love doing at home.

You must spend a lot of time with each other. How does that affect the relationships between you?

This is something that doesn’t affect us as a band. We all live in different places and so when we meet up we don’t have that animosity that can sometimes come from living together. It’s just like going on a weird holiday with your friends!

How long have you known each other and how did the band form?

We met at university in Bath and were all friends before we started the band and so I think that has really helped us in staying close over the past few years. We used to use the music rooms on campus, which we would regularly get barred from using because none of us were music students! We used making and writing music in the beginning as a way of escaping what we should have been studying.

Are there other bands, or artists that you find inspiring or are massive fans of?

We enjoy listening to an enormous and diverse range of music that its quite hard to pinpoint any particular bands or artists as direct influences. Essentially we like good songs regardless of genre. The way that people consume music nowadays allows you to have influences that can range from Joey Bada$$ to Echo & The Bunnymen. I think our album is a clear indication of that way of thinking.

Why Coasts? And who came up with the name?

We started writing music before we had a name for the band and so it was important that the name was a representation of what we were writing at the time. We wanted something that was really simple, instant and recognisable. James came up with the name, Coasts, and we think it perfectly fits the music that we are making. We can write a moody, dark record or a summery and upbeat record and it would still work.

If you could go back in time before you formed the band, what would advice would you give yourselves?

I would just tell them to carry on and persevere and not worry when things go wrong because that is life. I would give some advice on song writing because it took us a while to get better at that side of things, but it was probably important in our evolution as a group of friends and a band that we went through those harder times.