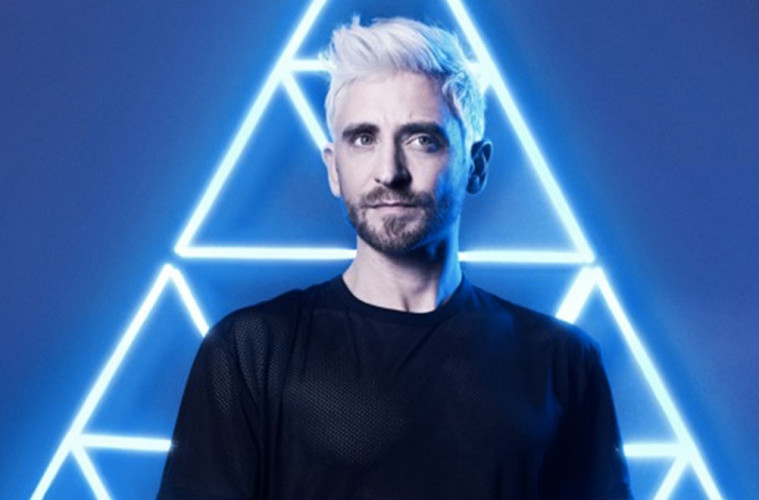 He’s recently released an awesome new single with High Contrast and Dizzee Rascal, so we spoke to the ultimate tunes mixer, DJ Fresh to discuss ‘How Love Begins’ and those rumours about him working with Tinie Tempah…

Congratulations on your new single ‘How Love Begins’, what a great way to start the New Year! How do you feel about what 2016 has to offer?

Excited! A little bit concerned about what’s going on in the world outside of music, but think musically its going to be an exciting year!

In the single, you mixed new styles with vintage beats. What was the inspiration behind this unique combination?

I’m a breakbeat kid and have always loved anything with a breakbeat in it. Obviously Jungle and Drum and Bass, but also The Prodigy, Fatboy Slim, Stanton Warriors, Plump Djs and Pendulum when they were signed to my label and I was making breaks with Deekline and Wizard! It feels like breaks are on the rise. High Contrast and I had a concept idea for How Love Begins and we wanted to inject some 90’s Breakbeat vibes to help bring it back to the forefront and encourage people to mess around with breaks again! We wanted to make a breakbeat drum and bassy record that you can play in a house set. I’ve also been making a lot of future bass, my new single ‘Elevator’ on spinning is a pretty hard take on that.

How was it producing music in the studio with High Contrast and Dizzee Rascal?

Awesome, I love working with Dizzee, he’s a perfectionist like me and its great working with someone who is prepared to go to whatever lengths necessary for the sake of the track. Lincoln is someone I’ve always had a lot of respect for musically and we get on well, it was really fun working with him and Clare Maguire.

I don’t see How Love Begins as a number 1 record, but its been amazingly received so far so who knows. I decided a couple of years ago that I need to focus on making what I want to make and not let that pressure affect what I release, because that really limits what you can make and sometimes making something can affect the fabric of music in the longterm… Chart positions are just chart positions.

We’ve heard you are currently working with amazing artists such as Tinie Tempah and Icona Pop, what can we expect from your future music?

Definitely more of a return to club bangers, I’m working with some great singers/rappers who I’m fortunate to now know and have relationships with, but I’m always pushing them out of their comfort zone. Watch this space!

Since you have touched shoulders with so many incredible people throughout your career, if there was one person you were stuck in an elevator with, who would it be and why?

Neil Tennant from the Petshop Boys. We worked together recently. He is an insane writer, I mean literally insanely talented. He’s also a really nice and funny guy, we were joking the other day about the ‘pointy hats’ they used to wear in the nineties. For me, being able to work with the people I grew up listening to is the best thing about what I do. I’m also working with Faithless at the moment 🙂

When you first started out in your career, establishing your name must have been difficult… where exactly did the idea for the name ‘DJ Fresh’ come from?

I just used to scratch a record that said ‘Fresh’ and the guys on the pirate radio I was on said why don’t you call yourself ‘Fresh’ and it just stuck! When I left the drum and bass group ‘Bad Company’ I was in, I changed it to DJ Fresh to let promoters know I was djing! Ironically it fits me well because everything I make, I never use the same sounds and I always want to push the envelope with everything I do.

What would you say the best thing is about being a DJ and producer in the music industry today?

Being able to work with so many varied artists. The rise of EDM, while it has had some downsides, has got dance music in the conciousness of many artists around the world and it opens things up globally when you’re looking for interesting people to work with.

What advice would you give to students and aspiring individuals who are looking into entering the creative industry as a career?

Make sure that you establish from the beginning who and what you are, and try to be prepared for the long run. Challenge yourself and don’t be afraid to try and think out of the box. And don’t let other people dissuade you from following your dreams.